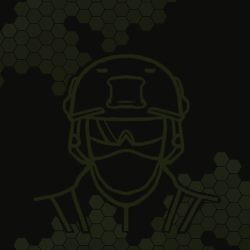 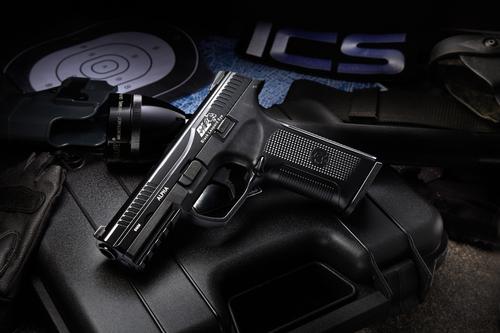 The progress of I Chih Shivan on their first gas powered pistol was described by us in earlier news. The GBB replica will be offered under the company's own brand of pistols: BLE (Black Leopard Eye). The first model to be released will bear the name Alpha.

Currently, after 3 years of work, ICS announced the release date of their pistol - BLE Alpha will be available from September 2016.

The pistol will be available in 4 colour version: black, tan and two mixed versions. The frame is made of polymer, the slide is metal. The pistol has an under barrel RIS rail for mounting tactical flashlights and laser sights. Exchangeable side panels of this pistol grip allow for adjusting the ergonomics to the shooters preferences. The retail price in Europe will be 100 USD. The pistol fits in holsters designed for Glock replicas.

On a single charge of gas the Alpha can fire 47 shots. The magazine capacity is 24 BBs. The manufacturer states that the pistol has a strong blow back and that its a robust product. The design aimed at reliability and high performance. According to information given by ICS - during test of the prototypes, Alpha shot 10.000 BBs without failure and the shots ad a range of up to 60m which allowed it to compete with AEGs. 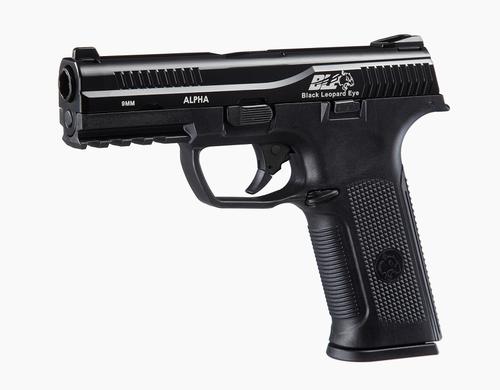 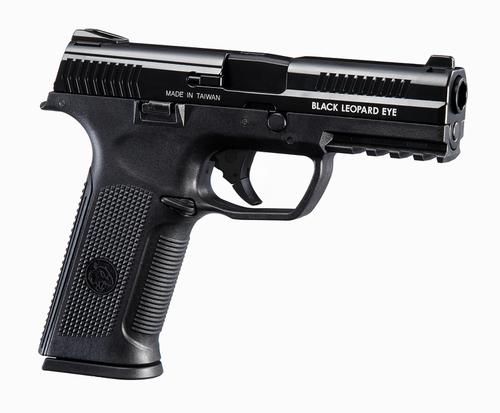 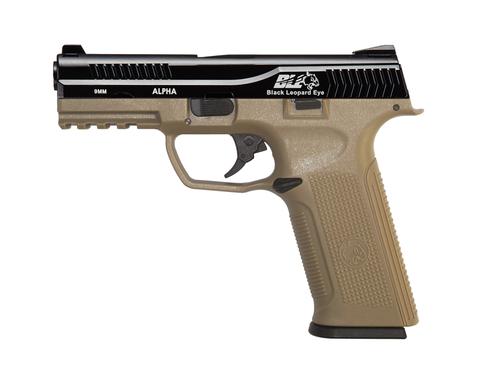 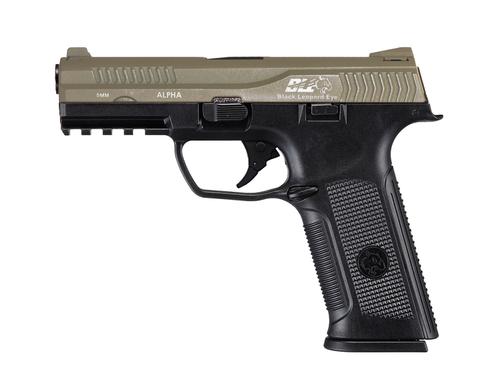 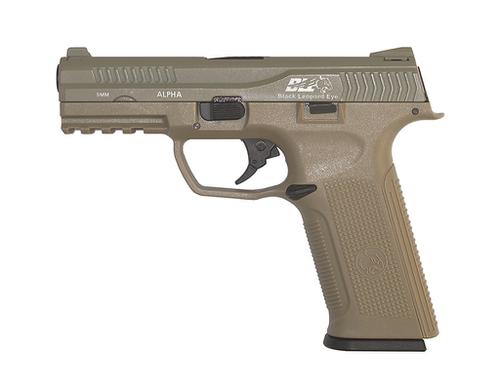