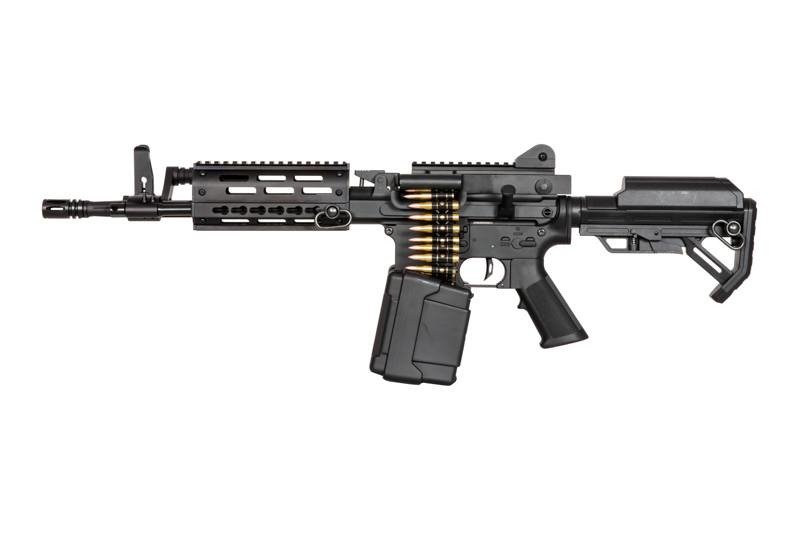 The new delivery of Golden Eagle replicas includes, among others, 3 light machine gun replicas with different barrel lengths, based on the AR-15 system. These replicas are feed from polymer box magazines with an electric drive and a capacity of 2500 BBs. The battery that powers the magazine is located inside it. The battery that powers the replica is in the stock. The replica is powered by a standard V2 which allows for easy tuning. In addition to the magazine, there is also a dummy ammo belt. 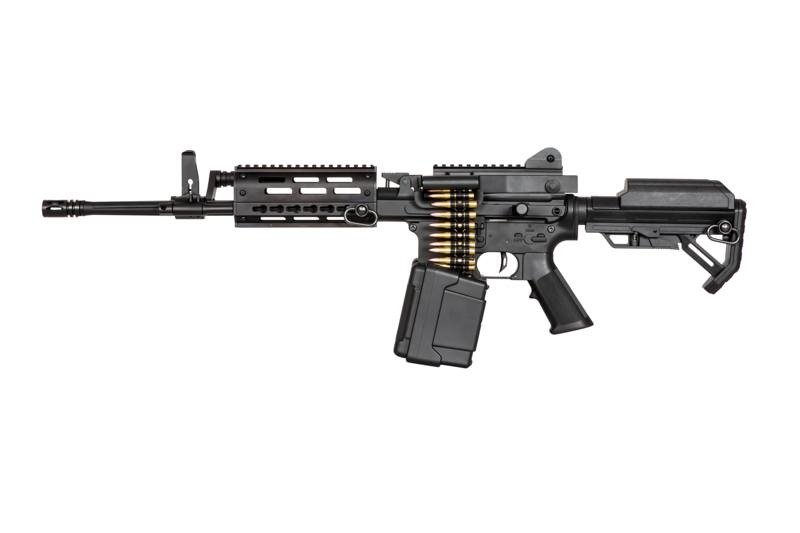 The replicas are mostly made of metal. Only the pistol grip, the buttstock and magazine are made of plastic. The price seems attractive, all three versions cost 266,75 Euro. Functionally comparable LMG replicas by G&G are much more expensive, at around - they cost around 393 Euro. 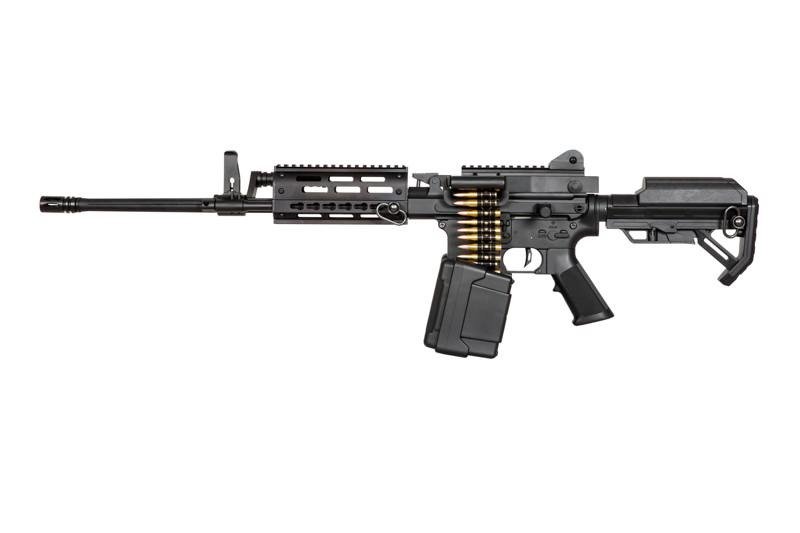 The delivery also included two HK416 replicas without markings (plastic or metal receiver), an M110 SASS rifle (with a standard V2 gearbox and extended nozzle) and several gas powered shotgun replicas. In our opinion the coolest is the shortest version: 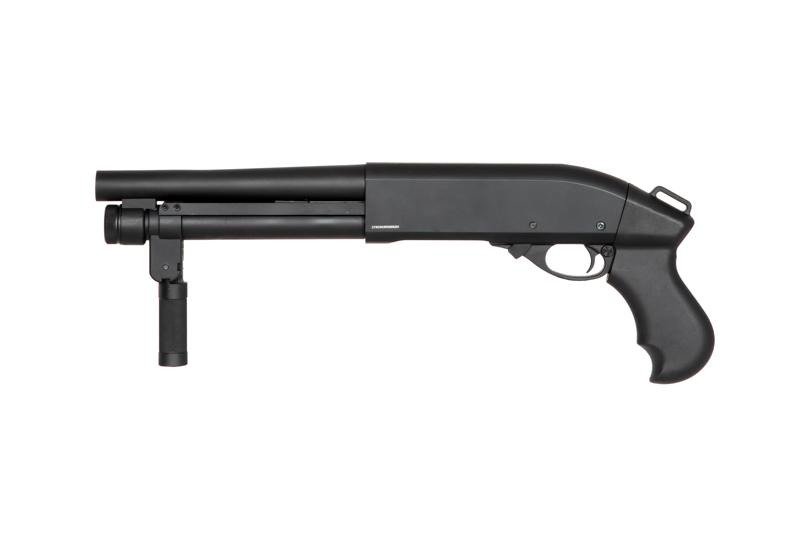