We are pleased to invite you to the second edition of a cultural and military event, organized by the Provincial Public Library in Cracow. The program includes numerous attractions.

On 18 May, the "Militaria w POPkultrze 1919-2019-2119" festival will take place at the Krakow Arteteca at the Provincial Public Library.

As the organizers write themselves, a library is not just books. It is also a space for discussion on socially important topics, although sometimes very difficult. Warfare has been around humanity for thousands of years and affects our lives whether we like it or not. We find its expression in literature and art, in past and modern media, and that's what we want to talk about at our festival.

During this year's edition, the leitmotif will be changes in the perception of the image of a soldier, war and military over decades, but also considerations about their characters in the future - hence the subtitle: 1919-2019-2119. We will reflect on how this topic was presented in the media such as literature, film, comics, board games and computer games. We will also reach for works of science fiction, military fiction or mockumentary. 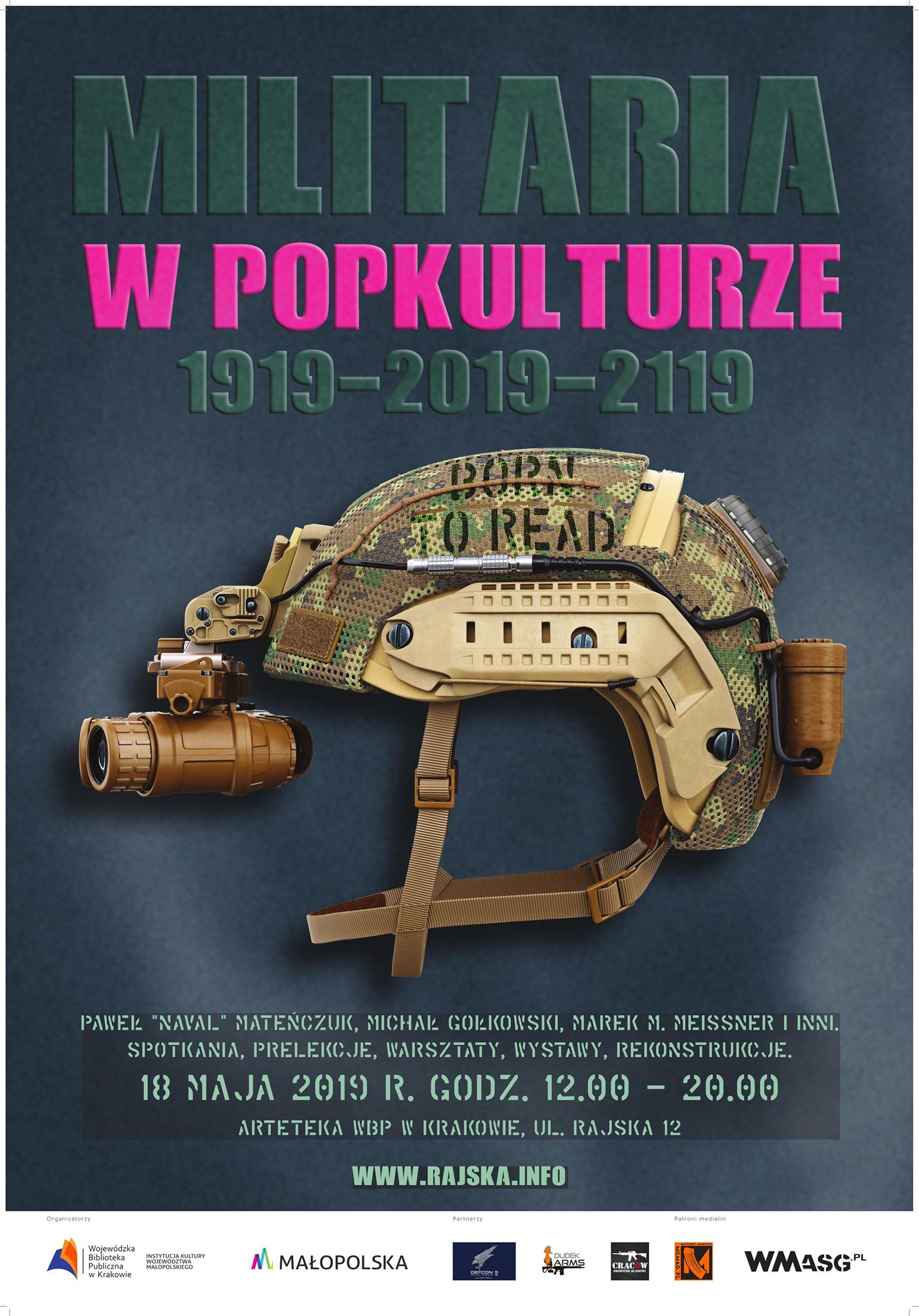 15.30 - 16.20 - Could it really happen? Military and alternative reality in the literature fantastic / Michał Gołkowski - ofiszyl fanpejcz

18.10 - 18.55 - Something is not right here ... / a competition of military and pop culture awareness and perceptiveness. With prizes!

- SCALE MODELS - for children of 7 years old and up, but also for adults who are willing to participate.

Classes will be held in two groups, in the following hours.

Signing up for the workshops is done exclusively by sending an email to this address: odabrowska@rajska.info. In the title, please write "WARSZTATY MODELARSKIE", and in the email the name and surname of the workshop's participant, age, contact number and the selected hour.

- FIREARMS HANDLING - for adults only. Workshops with firearms will be held in three subsequent groups, in the following hours:

Signing up for the workshops is done exclusively by sending an email to this address: odabrowska@rajska.info. In the title, please write "WARSZTATY Z OBSŁUGI BRONI PALNEJ", and in the email the name and surname of the workshop's participant, age, contact number and the selected hour. The workshops are intended for ADULTS ONLY!

- weapons and memorabilia from the January Uprising,

- souvenirs from the Great War,

- press from the time of the Second World War,

Prizes in competitions have been funded by: