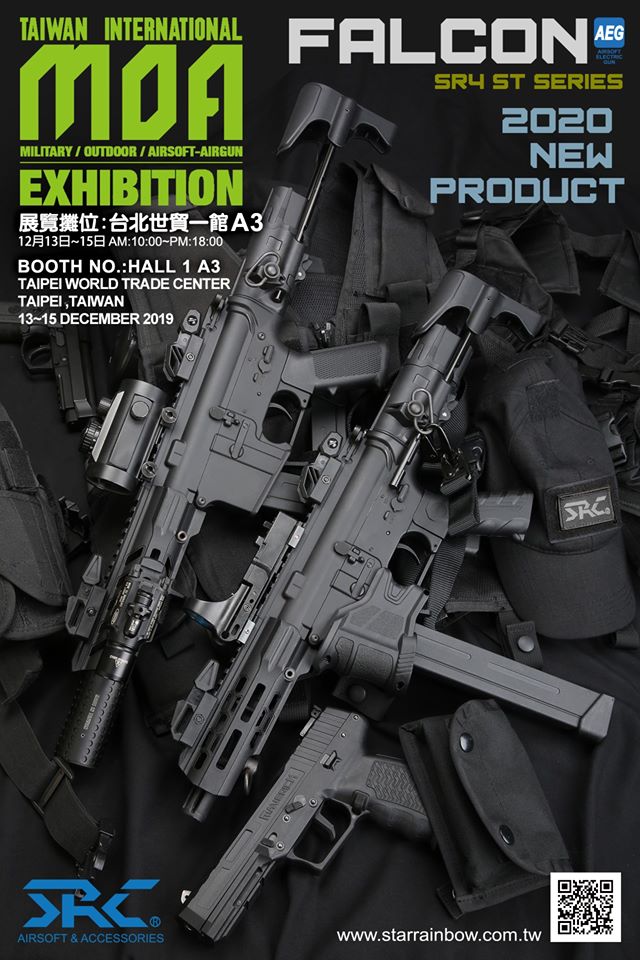 A unique PCC by SRC
In this article
PAGE 1: SR4 ST Falcon

The SRC ST Falcon replicas, that have already wrote about several times, have appeared at Taiwangun. These replicas have at least two very interesting features. First of all, they seem to belong to the PCC group, i.e. pistol caliber carbine, but thanks to a very clever idea you can also use standard AR-15 magazines in them. In the photo below, the red arrow indicates the "pistol" magazine release lever, while the green arrow shows the socket in the magazine adapter which is used to secure it in the standard AR-15 magwell. As a rule, this should work in all M16/M4 replicas and their derivatives, allowing them to be converted into a PCC. The adapter is a standard feature in Falcon. 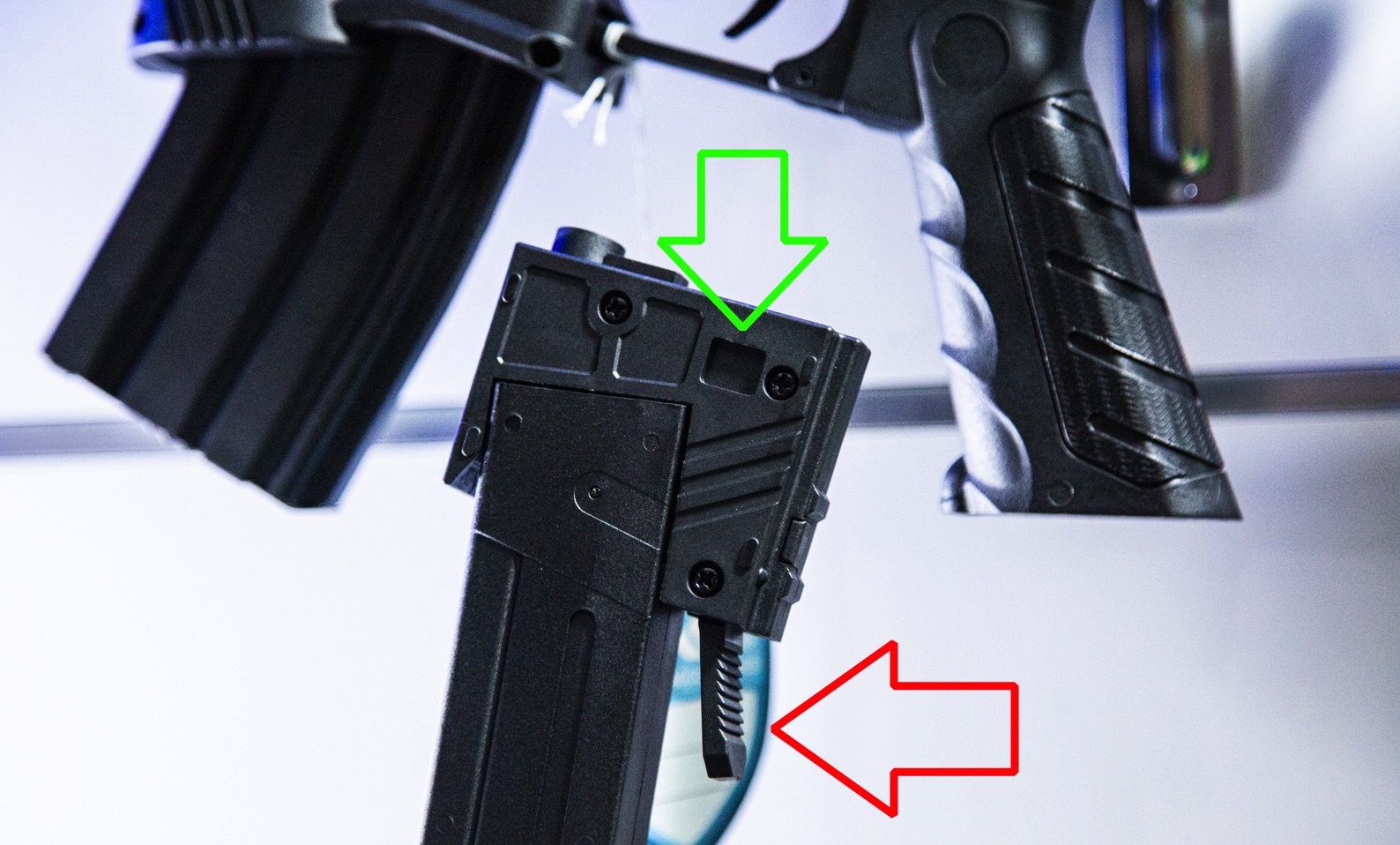 The second feature is the configuration of the replica's gearbox. It seems that SRC is trying to chase the competition that has moved slightly ahead in recent years. The Falcon gearbox looks quite promising in photos and videos but we haven't seen it live and we haven't done any tests.

All the advantages of the new replicas are presented in the latest SRC video published a few days ago.

There are currently 2 models available. The Falcon W with standard stock and  short, 195 mm long barrel: 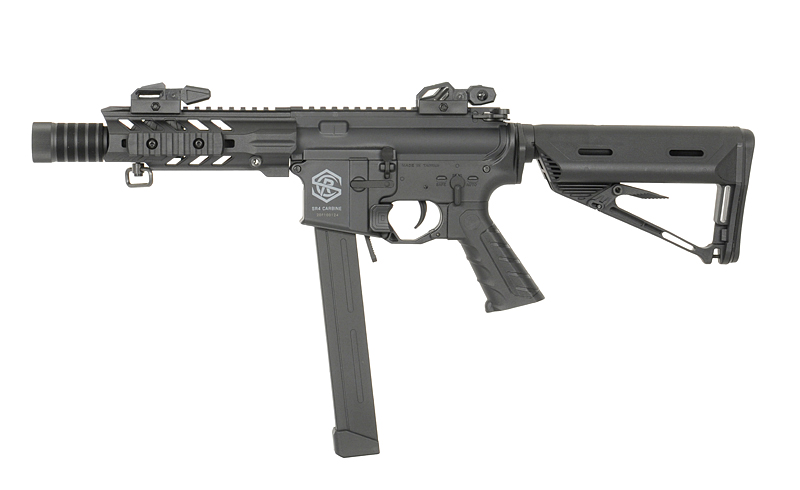 and Falcon ZS with a 225 mm long barrel hidden in a silencer and a PDW type stock: 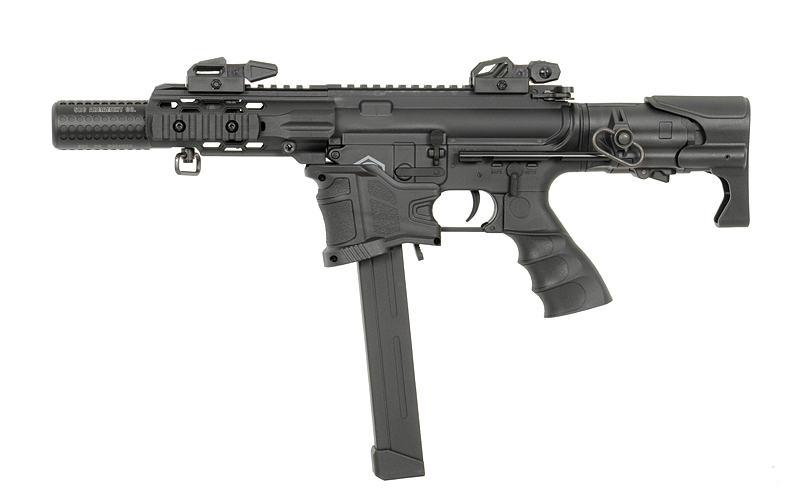