"... Better trained than many regular soldiers" 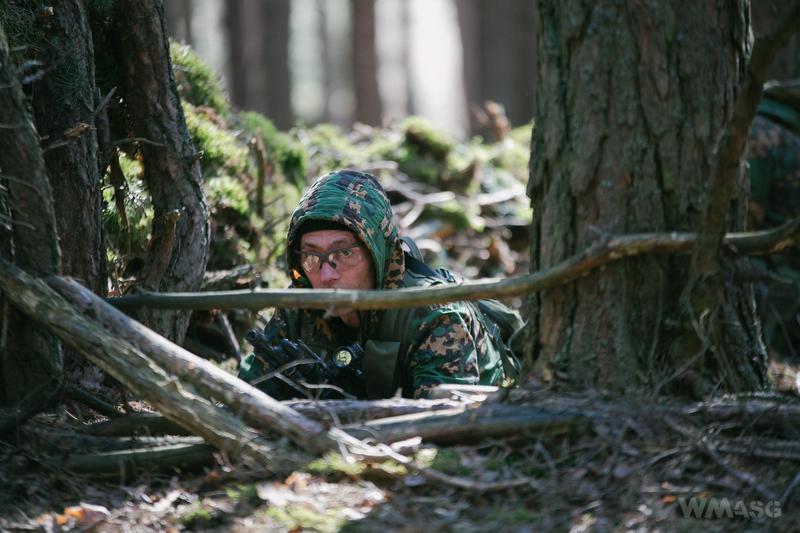 I think each of us at least once heard such a phrase - "Man, I have been in airsoft for 4 years. I am better trained than many regular soldiers." Such statement spoken with unswerving confidence has become a basis for a popular meme which, in one form or another, is already circling in the Internet.
In this article
PAGE 1: "... Better trained than many regular soldiers"

"... Better trained than many regular soldiers" Many airsoft players who are in this hobby for a relatively short amount will find it puzzling, what is funny about the above mentioned statement. After all, a "typical" airsoft player is a treasure trove of knowledge about equipment and tactics, not only among regular people but also among soldiers, many of which are still wearing outdated military issue webbing or poor quality of Chinese vests.

Also, the "average airsoft player" appears at the "military training grounds" more often, where he works hard practice cooperation with his teammates. What is so funny in saying that "I am better trained than many regular soldiers"? How does it look in practice

I will try to briefly dismiss your doubts, dear boys (and galls). The recently popular Kruger-Dunning curve comes in handy here. In short - it depicts the relationship existing between the conviction of ones outstanding competence in a given field, diminishing with increasing knowledge of the discussed topic. In our "backyard", an airsoft player that announces to the world his potentially higher level of training in relation to some members of the Polish Armed Forces is not fully aware of the depth of the issue he thinks he knows in an out.

Surely - after several years of regular participation in weekend airsoft games, occasional trips to the events and consistent participation in training sessions of his team, this player can boast about a certain "tactical experience", decent cooperation at the team level and a good physical fitness and basic knowledge as to how to configure combat equipment. Let us assume that this is a dominant skill in the airsoft environment. Let's also assume that we are dealing with an enthusiast who has also participated in some mil-sims, is active on forums and industry portals and also has spent a few nights in a forest. If you are able to imagine such an individual, now is the time to ask - how far can you compare the training of such typical representative of the airsoft community with training of a military driver (APCs, trucks etc.), radio operator, tank gunner, sapper, mortar operator or even a machine gunner? Or a logistics specialist, a paramedic, or an analyst?

You probably think I'm getting angry. Well, I will not tell you to be stuck in your false assumptions, but it's about realizing a fact - even an ordinary platoon of mechanized infantry is a much more complicated unit than any - even the best - airsoft team has ever been, and will probably be. People claiming that they are "better trained than many regular soldiers" - please tell me honestly, do you seriously think that you would be able to join an amphibious, reconnaissance or even mechanized troops and would you do better than the soldiers serving there? Not to mention special forces, to which so many of us aspire with their behavior or gear. I am afraid that the only military training to which most of us can be compared to quality of training of wartime conscripts or unitary training.

Anyway, let's take physical training for example. How many of you are able to pass fitness tests for combat subunits or even military bands for a 5 (the highest grade)? The table for the Polish Army is HERE.

Behind the training of a soldier, even with such basic specialization as a mechanized infantry trooper, are the resources of the whole country. Civilians would have to invest an huge amount of resources of their own pockets and a lot of time out to be able to say with a clear conscience that they are better trained than "many regular soldier". I am ignoring the fact that many people claiming such things about firearms have shot at the shooting range only a few times, and certainly did not do it dynamically or collectively. I am convinced that if the vast majority of airsoft teams proudly proclaiming their superiority over soldiers when given real weapons along with a supply of combat ammunition and ask them to sweep a kill-house, then the dilemma about their advantage over professional army would be quickly resolved in accordance with the Stalinist axiom "there is no man - there is no problem".

There, running in front of a ready-to-shoot colleague, aiming over the heads of others and accidental sweeping the barrel across someone's back (and these are only some bad habits seen routinely during our meetings) in a worse case scenario would not end with tedious trip to respawn point. You could rather count on a trip to a military courts and a hospital. Some of you will probably think "Ok, but some time ago we played a game with soldiers and they lost horribly. What does this prove?" Well, it proves that you are better at airsoft. War is a team sport, not a knightly match between matched squads. For one guy "a the front line" four, five, and sometimes more people work at the rear. Who is behind you?

Fighting rarely involves running through bushes within 50 meters of each other. In addition, most of the objects that we use during games have nothing to do with the real battlefield. Playing airsoft you can sit in dense bushes or behind a wall of cinder blocks and laugh at your opponent, because you can not get shot. In a real situation, you would end up a minute later pinned with fire from rifles, grenade launchers or mortars.

The soldiers are not trained to chase guerrillas in a forest and other such situations, because in most cases it makes no sense. The reconnaissance unit will simply break contact, mark you on the map and go further, and leave the "wet job" to the air force, artillery or anyone else who is at hand. Mechanized infantry will pass over you and will not even get off their vehicles, because you will not be able to threaten them in any way. Of course, the situation in the city looks a bit different, but if someone hopes that hiding in the basements and attics will give him a giant advantage over the army, he is wrong. Especially if this particular army treats numerous civilian casualties as acceptable losses. To sum up, because I wrote a bit, and it was supposed to be short.

Do you have knowledge? Do you know the equipment? Do you like the army? Are you training on your own? It means you have potential, but it does not mean that you're better trained than a soldier. Come to the army and if you hit the right unit, you will achieve a lot.

Are there people trained in Poland better than many regular soldiers? They are, but they do not talk about it loud, because it sounds arrogant and simply idiotic. They left airsoft behind for a long time or treat it as relaxing fun that complements their interests. Where did this myth of better training come from? Well, it goes back to the time of the compulsory military service and then it actually had some impact on reality.

But it is not a ray of hope - we are already living in a completely different reality now. In this article
PAGE 1: "... Better trained than many regular soldiers"
Redakcja: