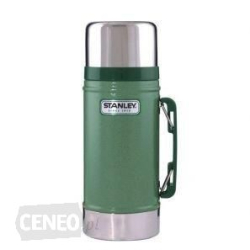 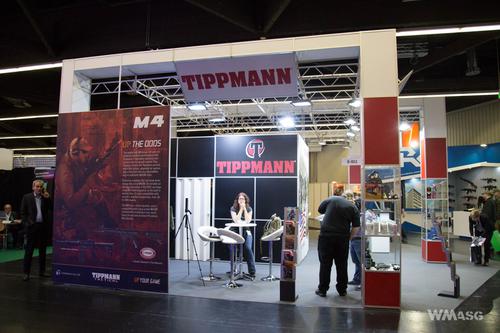 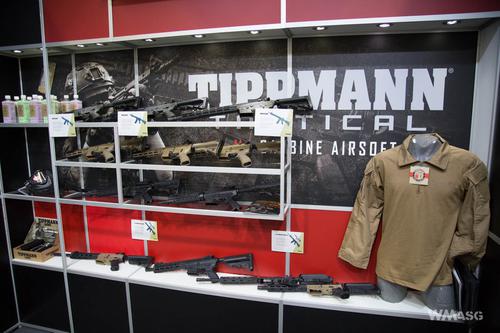 The booth showcased new AEG carbines. The manufacturer presented, among others, their new Recon series: 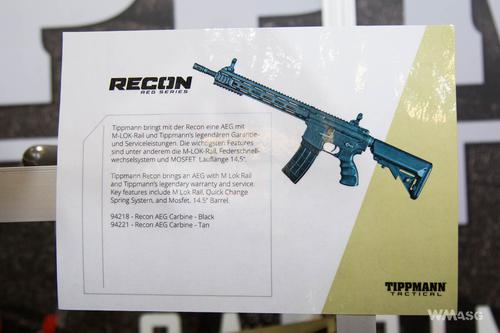 The Recon series carbines had a plastic receiver and and an aluminum front made using the M-Lok system. Inside is a MOSFET circuit. The set coms with a mid-cap magazine. Apart from the Recon series replicas, there were also the ones from the Commando series, a budget line, where most parts were made of plastic. 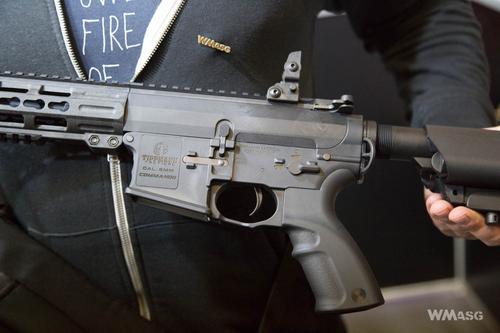 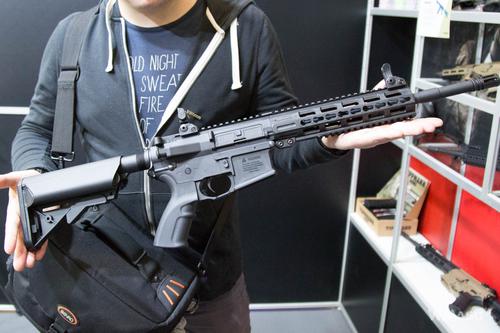 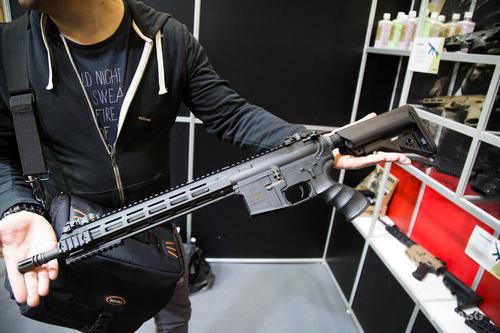 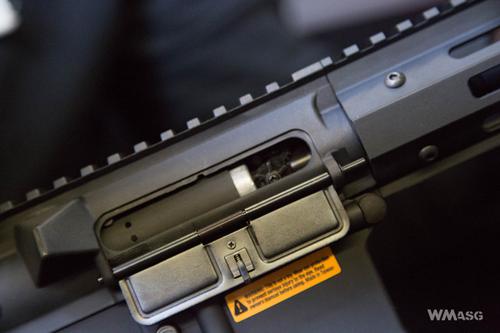 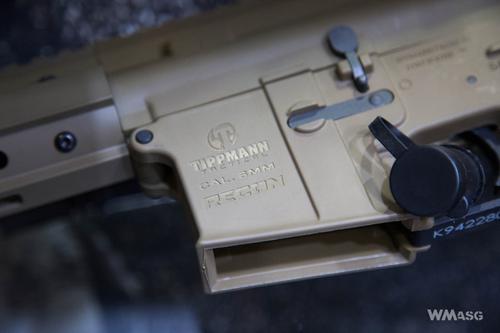 The booth also presented a new model of a protective mask. It has a Thermar Frog Ressistance Lens system, which is supposed to completely eliminate the fog covering the goggle's lens. The set comes with two lenses. Currently it is only possible to by the whole set (face mask + goggles), but it may be possible in the future to buy the goggles separately. 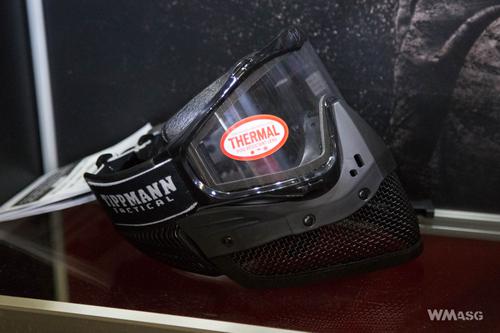 The last thing we were shown was an unofficial Tippmann's project - a GBB carbine. It is not currently certain if it will be sold. 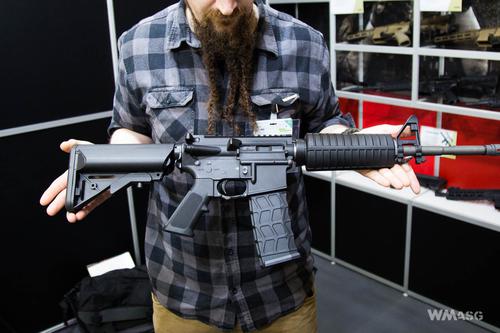 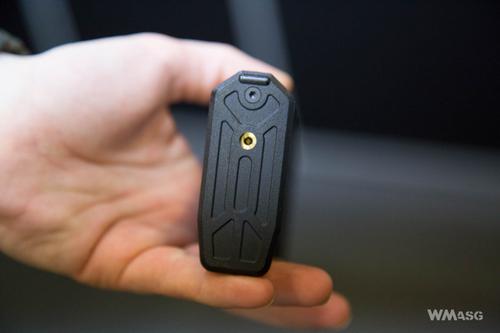 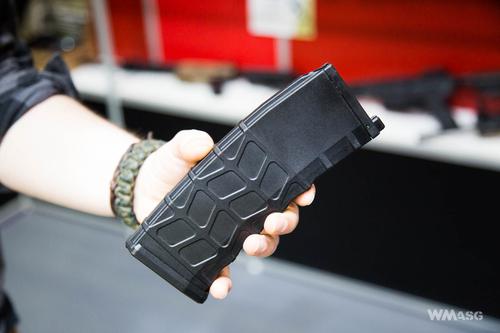 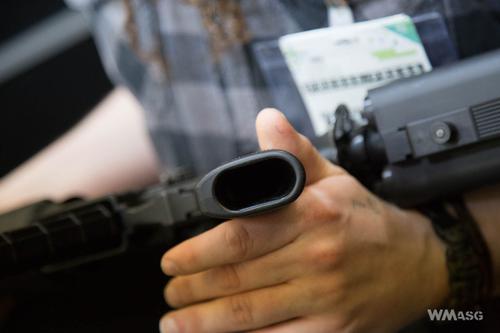 Unfortunately, the Tippmann's booth did not present the Omega series of replicas. Works on the will be completed within two months from now. We were able to find out, however, that there will be two versions of the carbines available: one with a "air tank stock" and the second with a traditional stock guide which will house 2 12g CO2 capsules. The design will allow the adjusting the replica's parameters such as muzzle velocity and the rate of fire. The second setting will have 3 options - 10 BBs/s, 15 BBs/s and 20 BBs/s. Are carbine will be compatible with an external air tank.