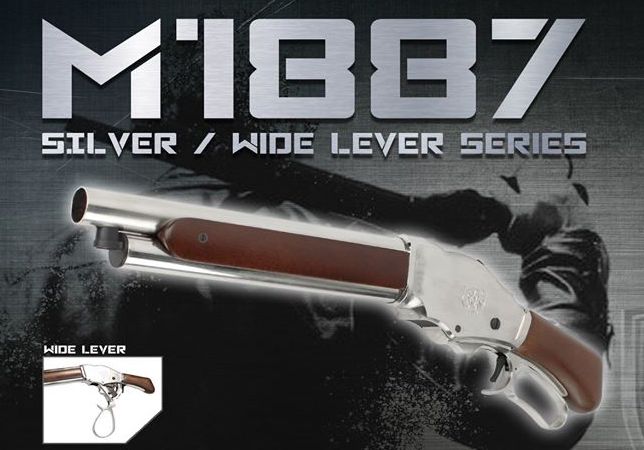 You can be like Arnie in T2!
In this article
PAGE 1: S&T M1887 - new versions of gas powered shotguns

S&T (Smart Team HK) has just expanded its M1887 shell ejecting green gas powered shotgun line. From now on, the line consists of ten replicas in three lengths, including silver colored ones. The short models can be selected with a standard or an enlarged reloading lever. 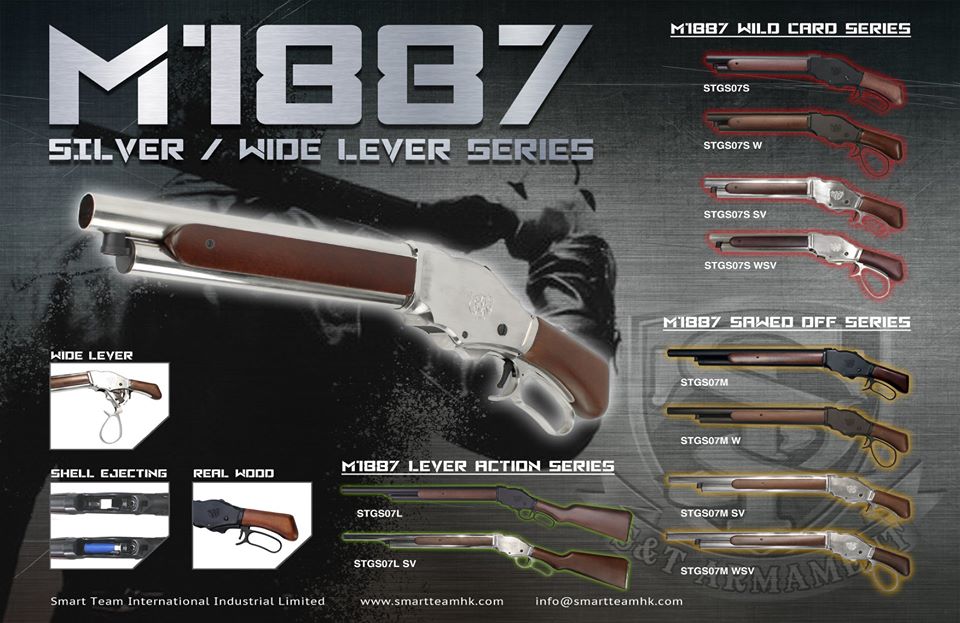 The M1887 is a smoothbore shotgun was designed by John Browning and is related to the iconic Winchester Model 1873 rifle, which fired revolver ammunition. The S&T replicas is a shell ejecting type which means it must be reloaded after each shot, but the main attraction is a shell ejected from the replica with each reload.

The silver versions with the classic reloading lever: 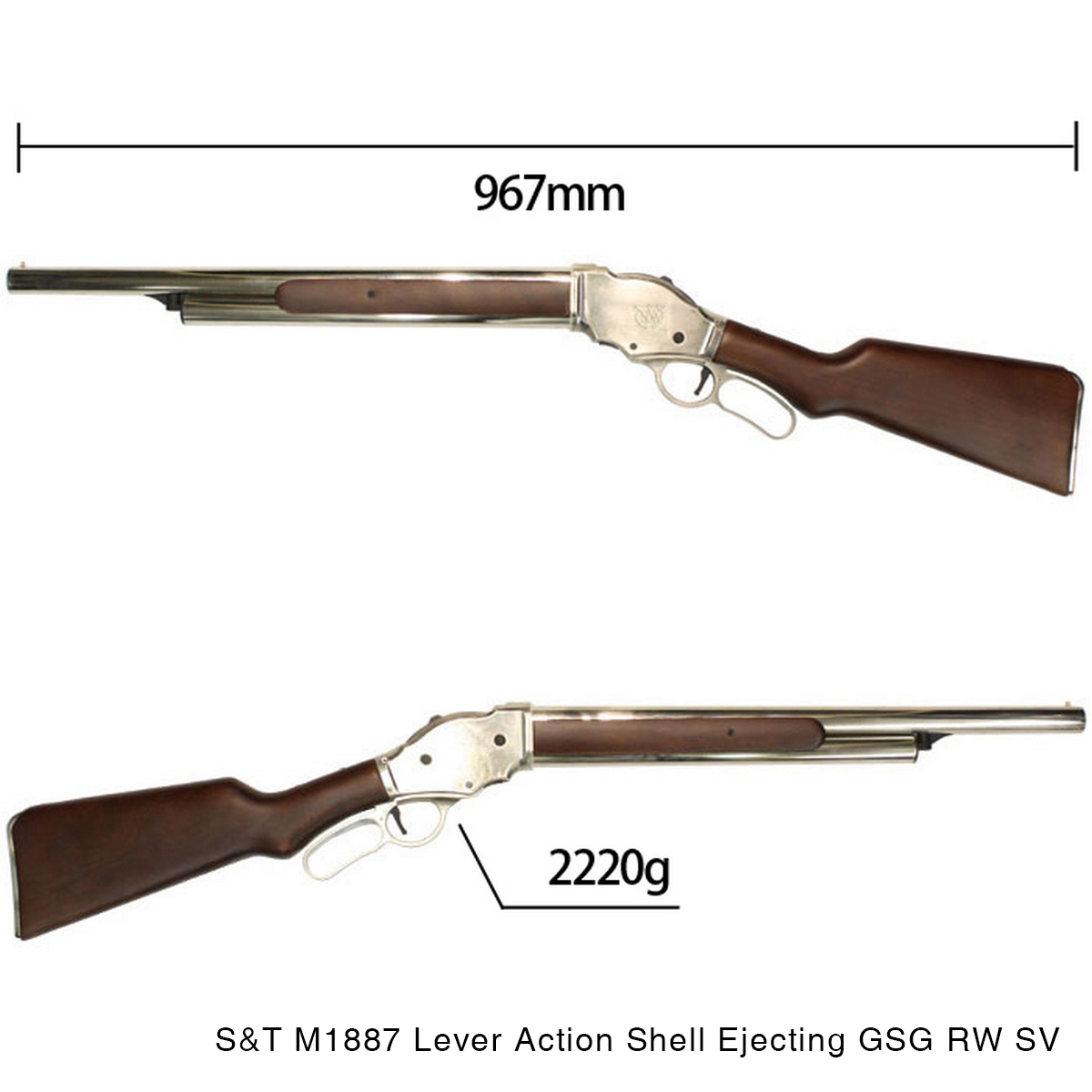 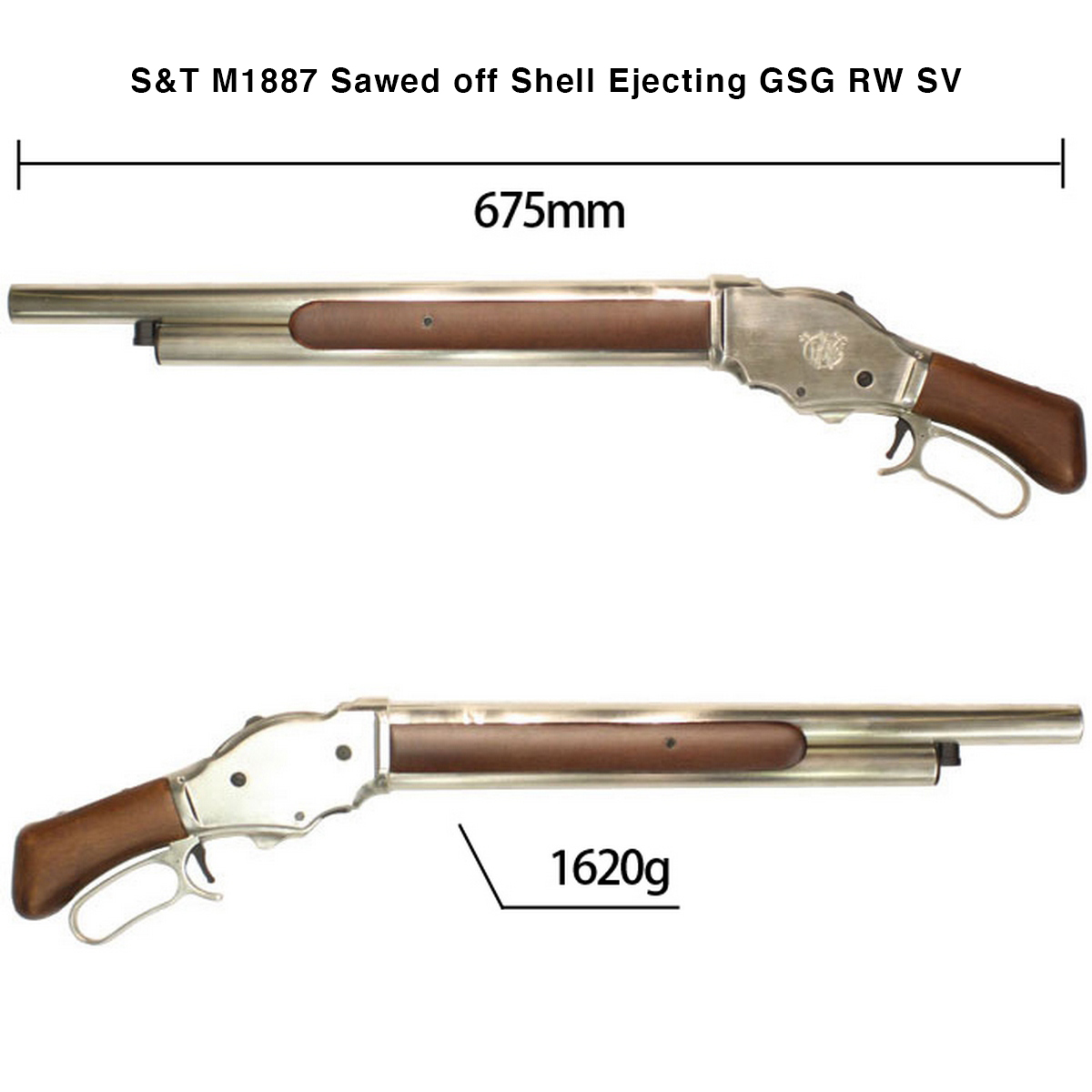 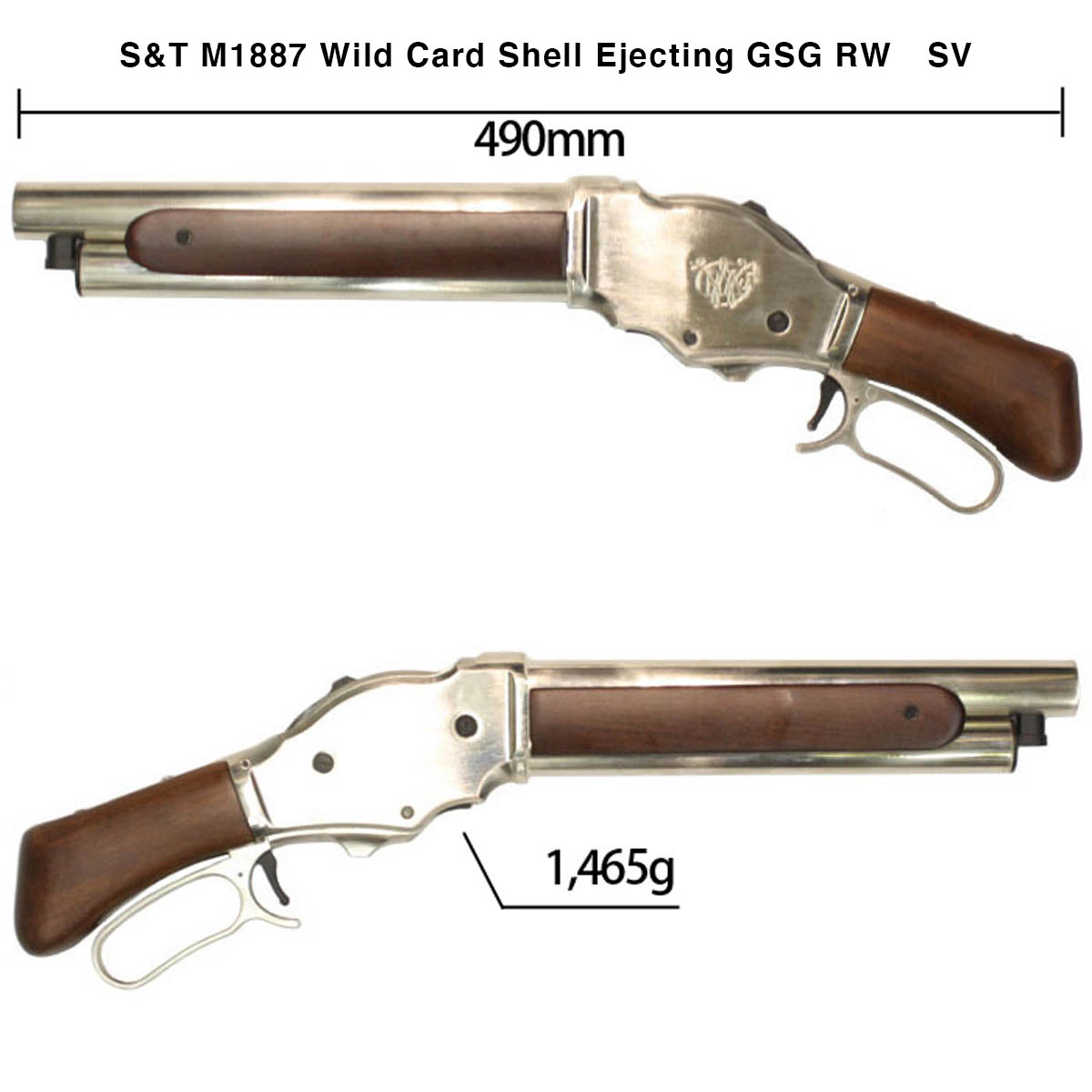 The short versions with an enlarged reloading lever: 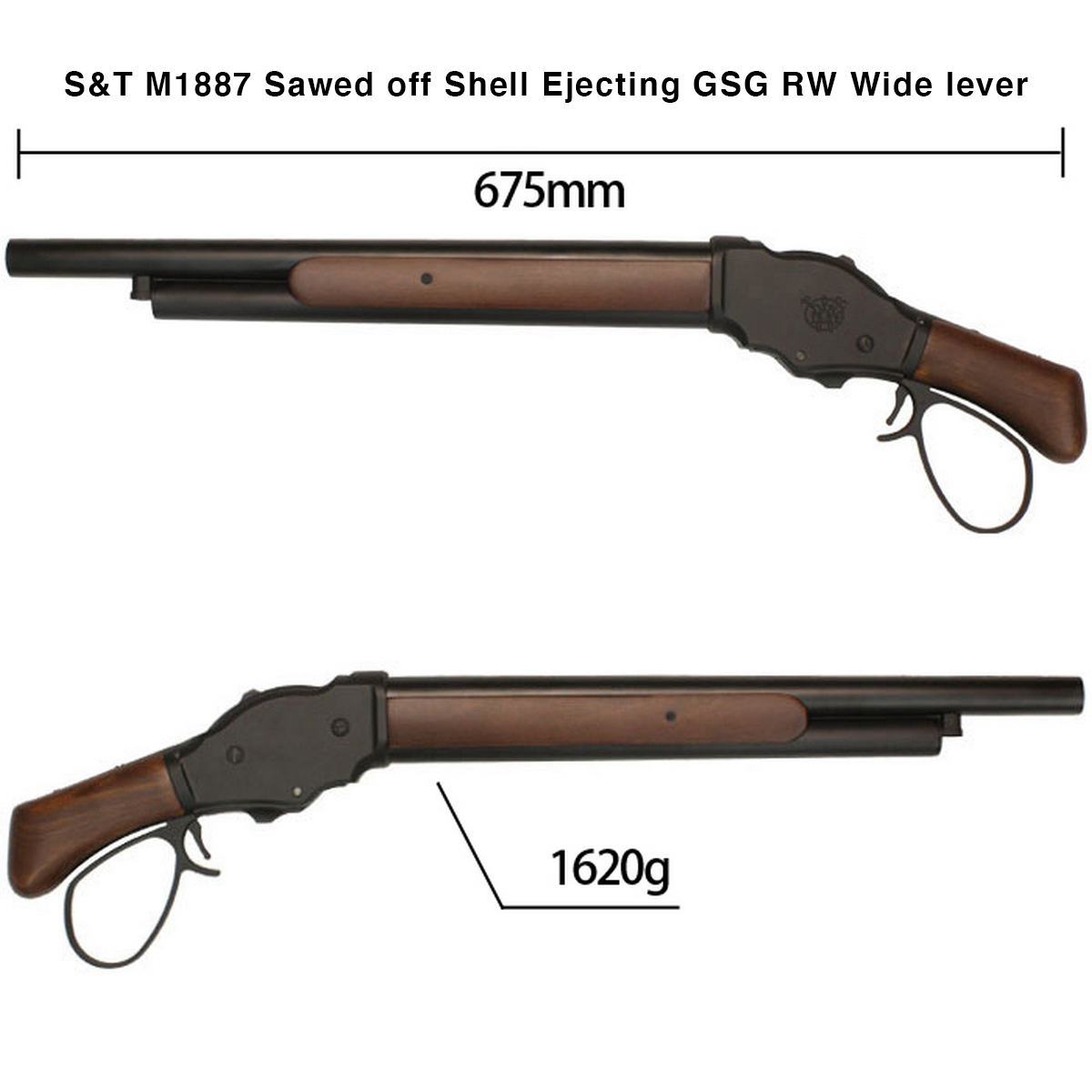 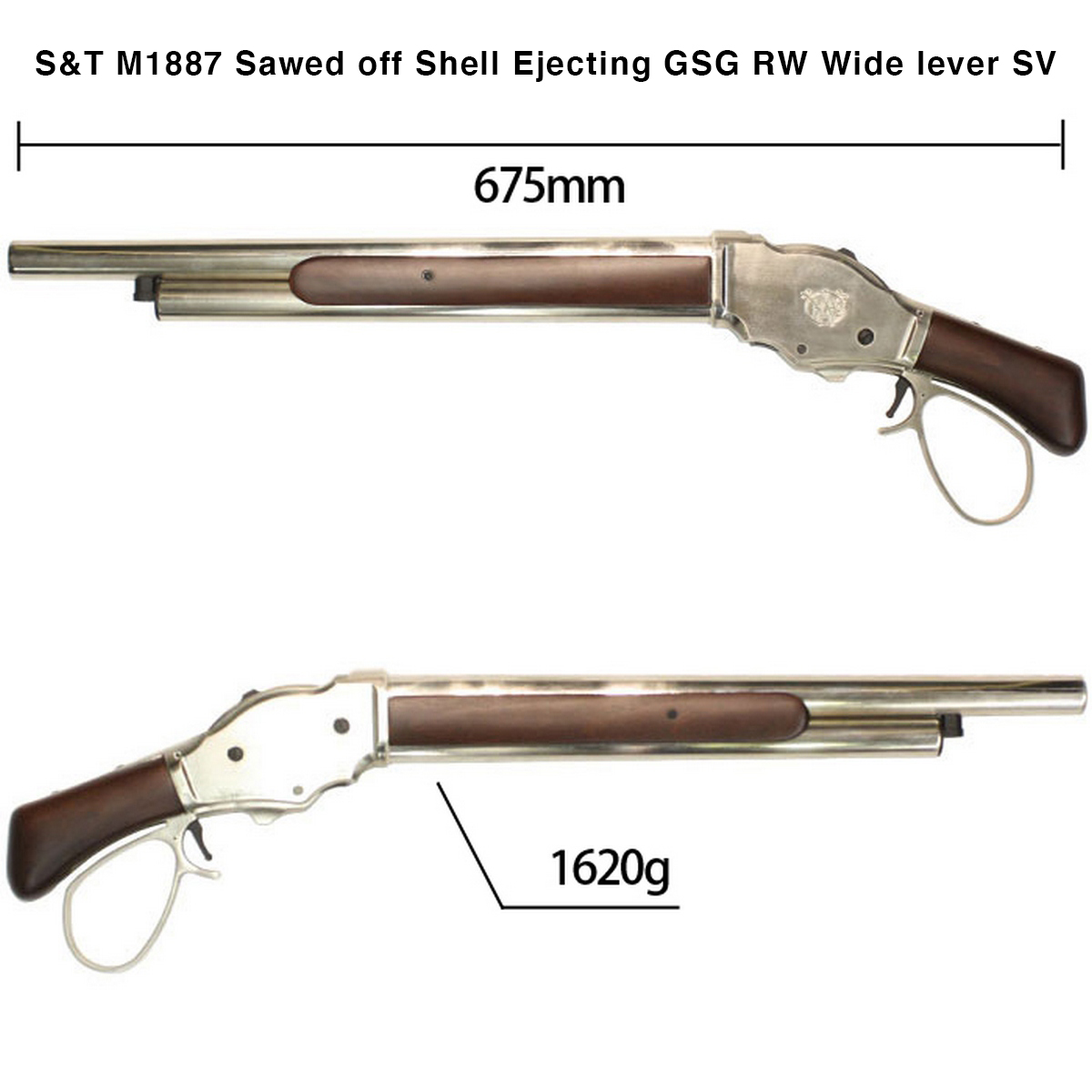 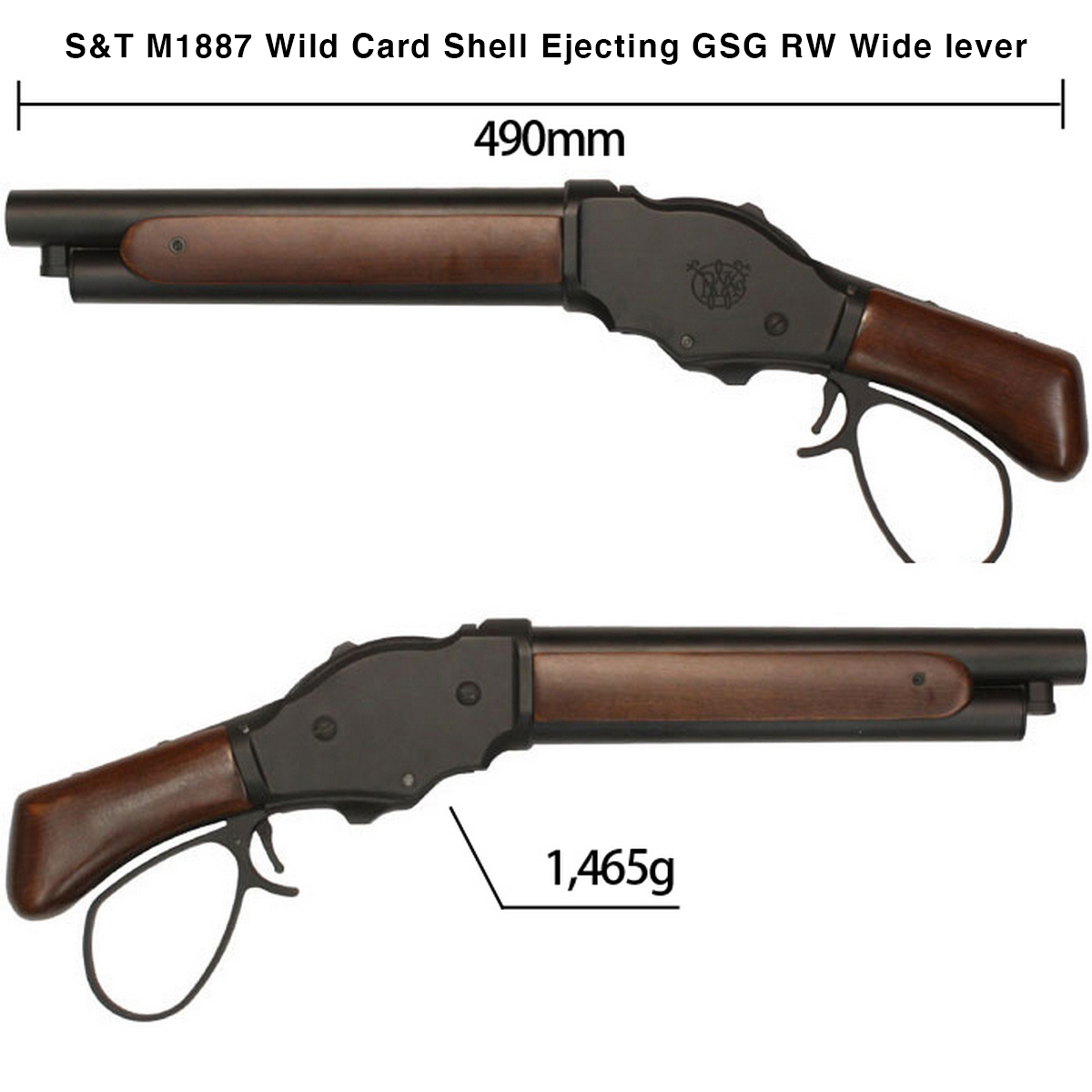 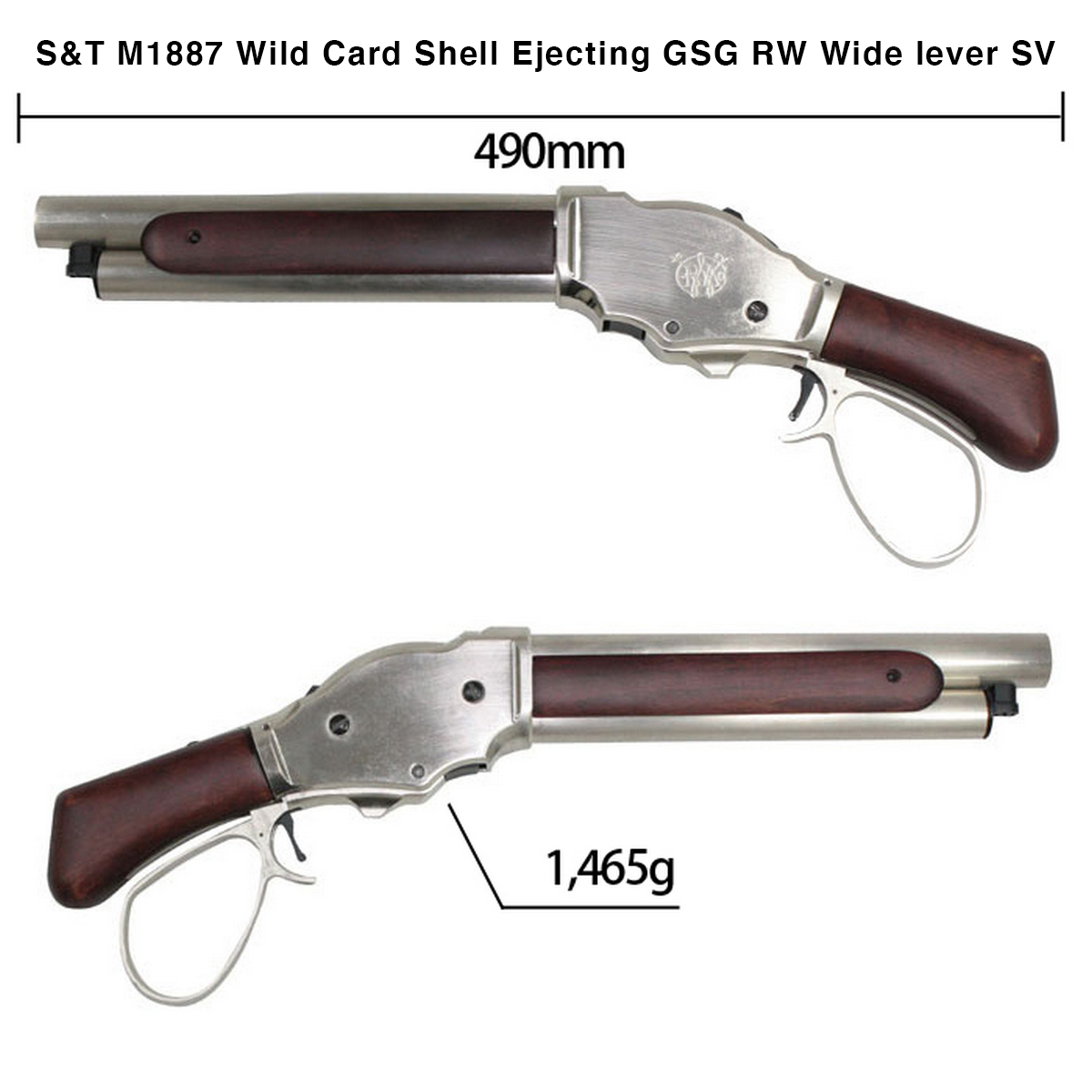 Replicas are made mostly of metal (ZnAl). Wooden elements are made of solid wood. The capacity of the under-barrel magazine depends on the length of the replica (from 3 to 8 shells). You can load from 1 to 3 BBs into each shell and they will be fired simultaneously. The muzzle velocity depends on the version and ranges from about 330 to nearly 400 fps. Shooting more than one BB obviously lowers the muzzle velocity. The gas container is permanently built into the replica. The valve used for filling the gas is located in the trigger mechanism, in a spot invisible from the outside.

The operation of the M1887 S&T is accurately illustrated in last year's video by Airsoft Mike :