The Czechs are continuing their expansion on the American market

For several years there has been a debate going about access to firearms in the US. The results of this exchange of views are various kinds of changes and restrictions in the right of owning of weapons that are enforced in specific states. One of such states is Colorado from which, after the legislative changes, the production and distribution of its products was withdrawn by Magpul and moved to one of the so-called Gun Friendly State, namely Wyoming.

In the same context, the decision of the Ceska Zbrojovka company and its CZ-USA branch to build a new, and ultimately main factory and headquarters in Arkansas, can be perceived. 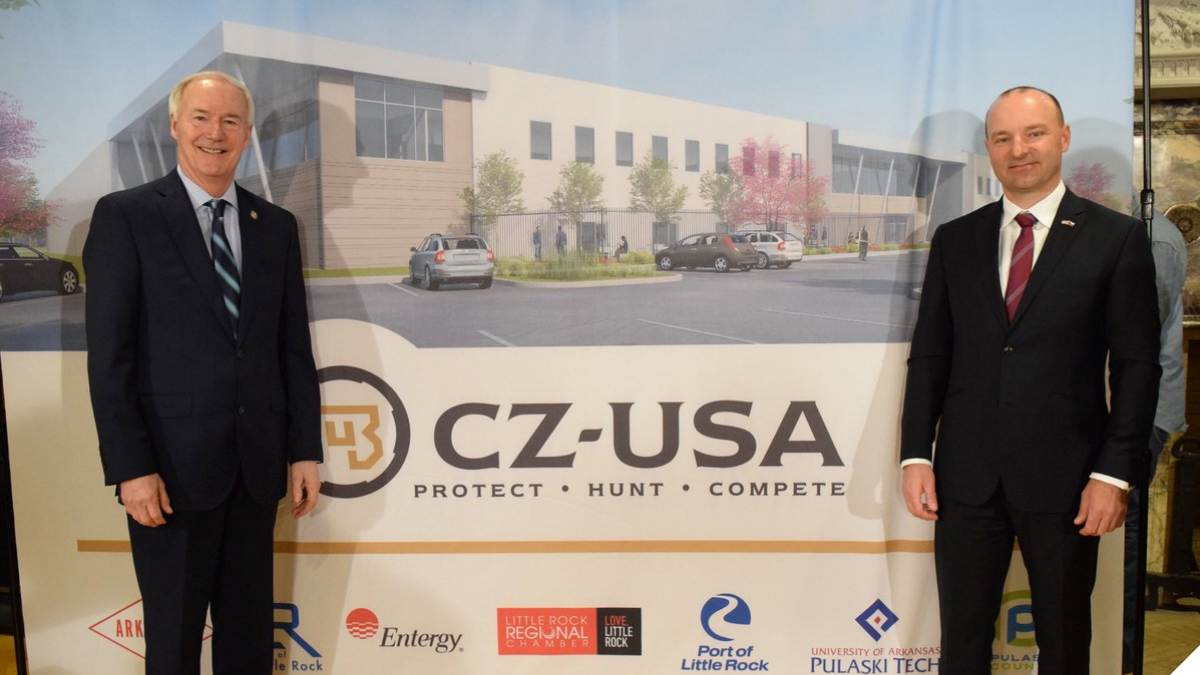 The republican governor of Akransas, Asa Hutchinson and the chairman of the CZ board, Bogdán Heczko, attended the opening ceremony. The new and only CZ plant outside of the Czech Republic is to have a surface area of 65 thousand square meters and is to be located in the city of Little Rock. The investment is to provide work for 565 people with a pay of 22 USD per hour. The investment cost is estimated at 90 million dollars. Production launch is expected in March 2020.