Handguards for HKs by Strike Industries

An interesting alternative to the original German carbine handguard
In this article
PAGE 1: Handguards for HKs by Strike Industries

Handguards for HKs by Strike Industries

HK 416 carbine series is very popular among special forces operators and more and more often among civilian shooters. However, the design has its downsides. One of them is the weight that is greater than in the case of the AR15/M4 carbine. One of the reasons behind this is the HK416 handguard, which sacrifices lighter weight in exchange for the durability and stability of the whole. There are several solutions available on the market, including the popular Geissele Automatics and Daniele Defense rails.

Now, Strike Industries has also decided to take a piece of the pie and presented the GRIDLOK handguard in two versions and four lengths. 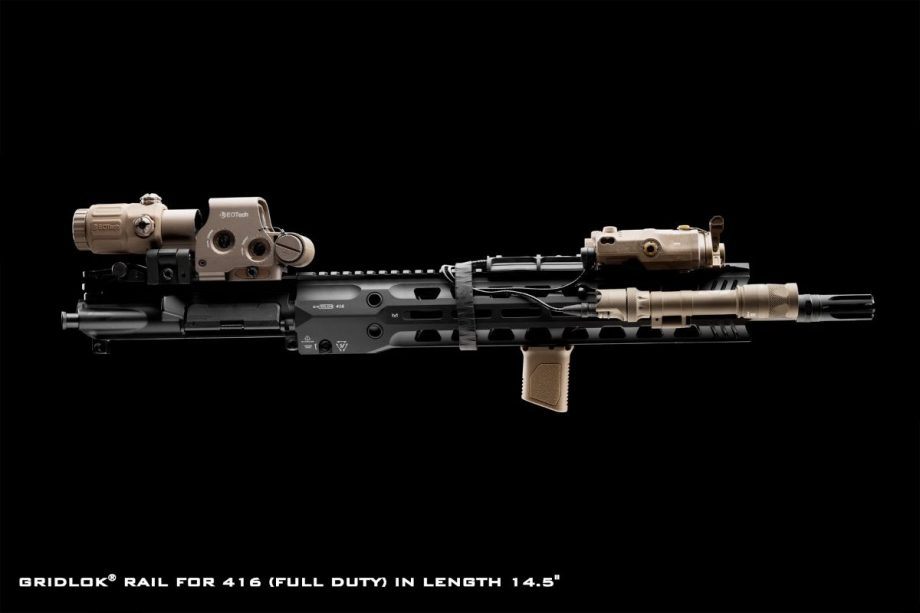 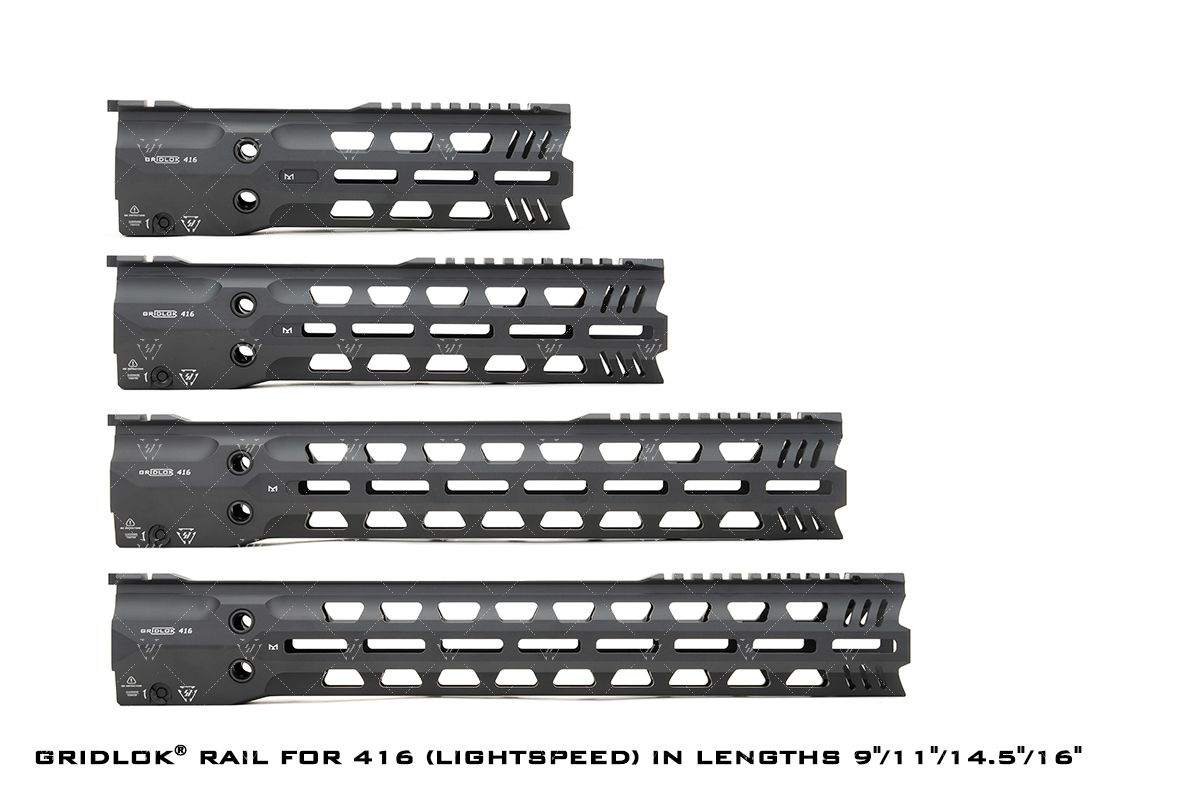 The first advantage of the handguard is the ease of mounting it with a simple clamp (replacing the bolt in the original HK handguard) and the original barrel nut. This allows, as suggested by the manufacturer, to use several configurations on several handguards and quickly changing them if necessary. 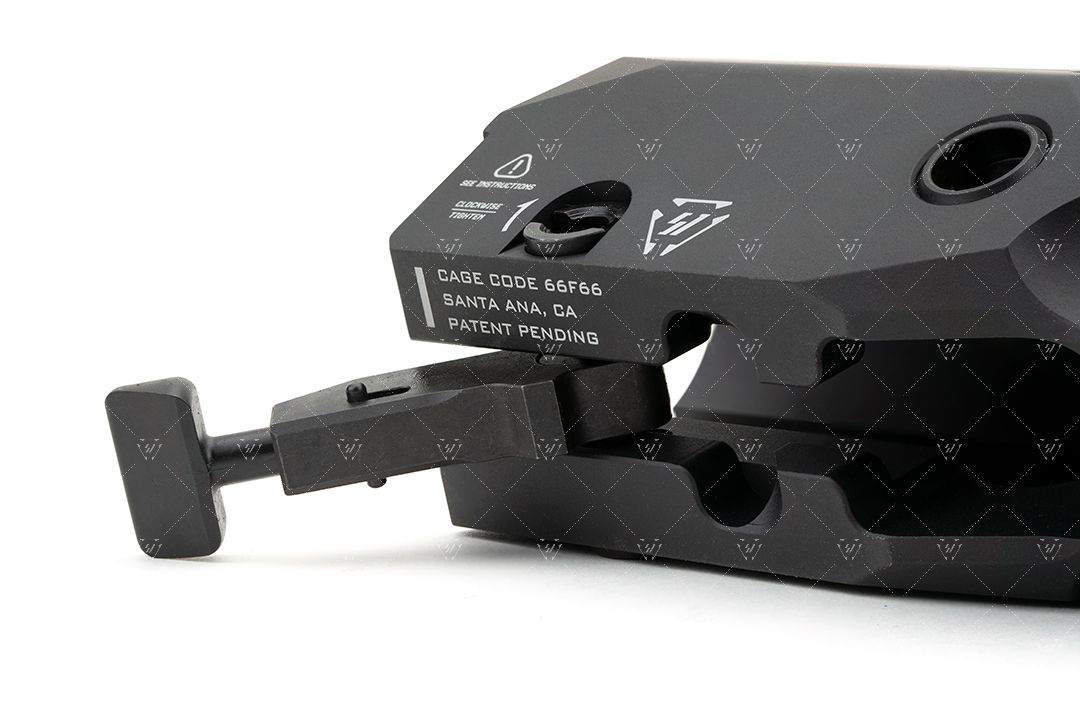 Another advantage is undoubtedly the possibility to choose between the Full Duty version equipped with a full top picatinny rail or the Lightspeed version, where the top rail has been reduced to just a few centimeters at the front. The left, right and bottom sides of the handguard have M-Lok slots which is, in fact, a standard mounting system in the American armed forces, giving the user plenty of space to install the accessories necessary for a mission. 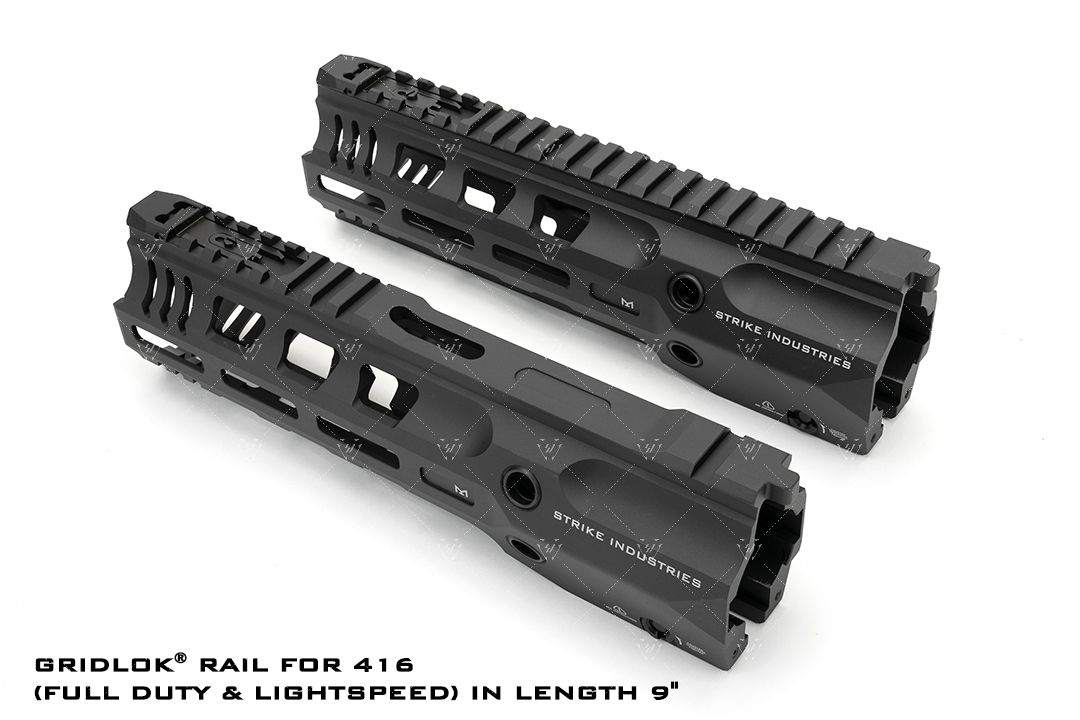 More precise placement of a carrying sling is possible thanks to 4 QD slots. 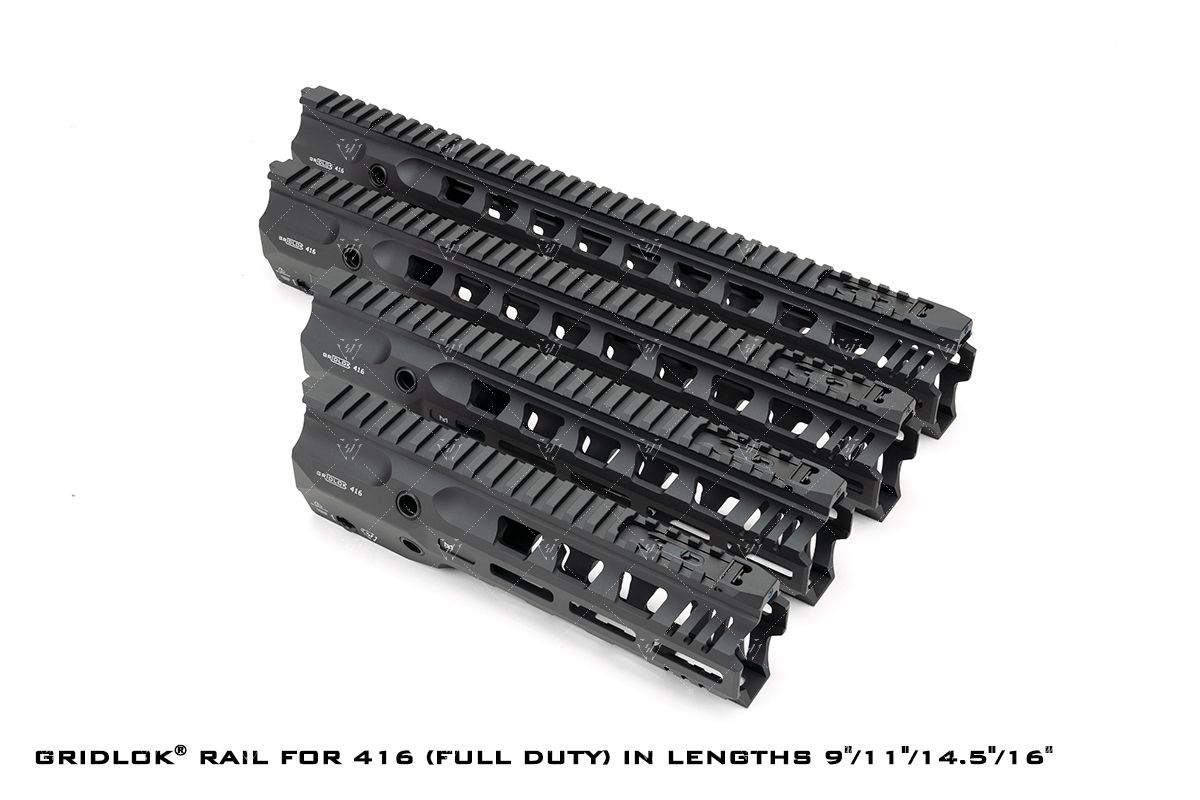 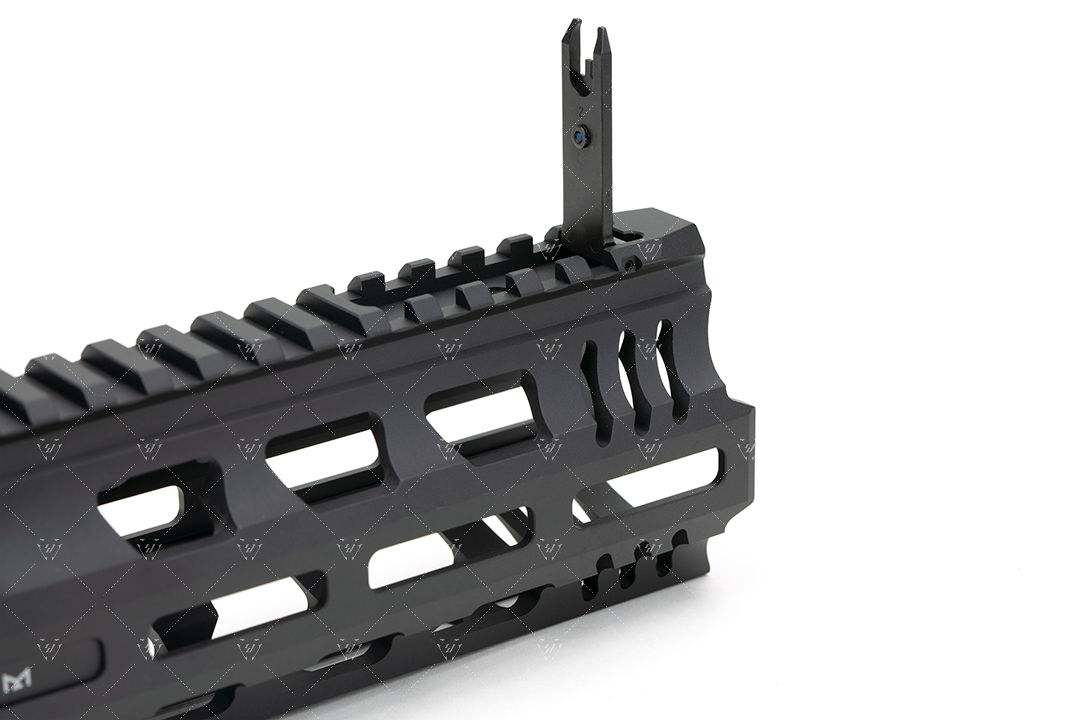 The handguard is made of 6061-T6 aluminum, and the internal diameter allows the installation of a silencer up to a diameter of 3.98 cm. The new Strike Industries product is compatible with the HK416/HK416 A5/HK416 A7/MR556/M27 IAR rifles, which do not have a carrying sling mount attached to the gas block. 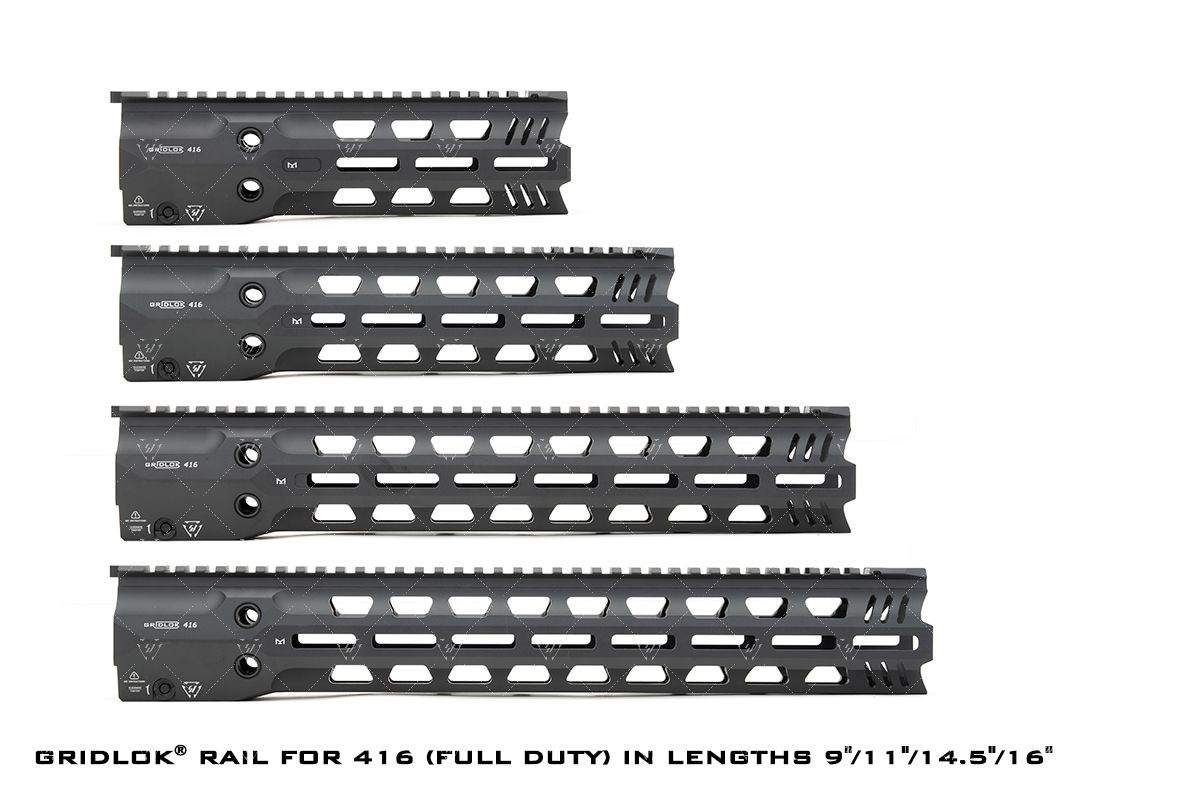 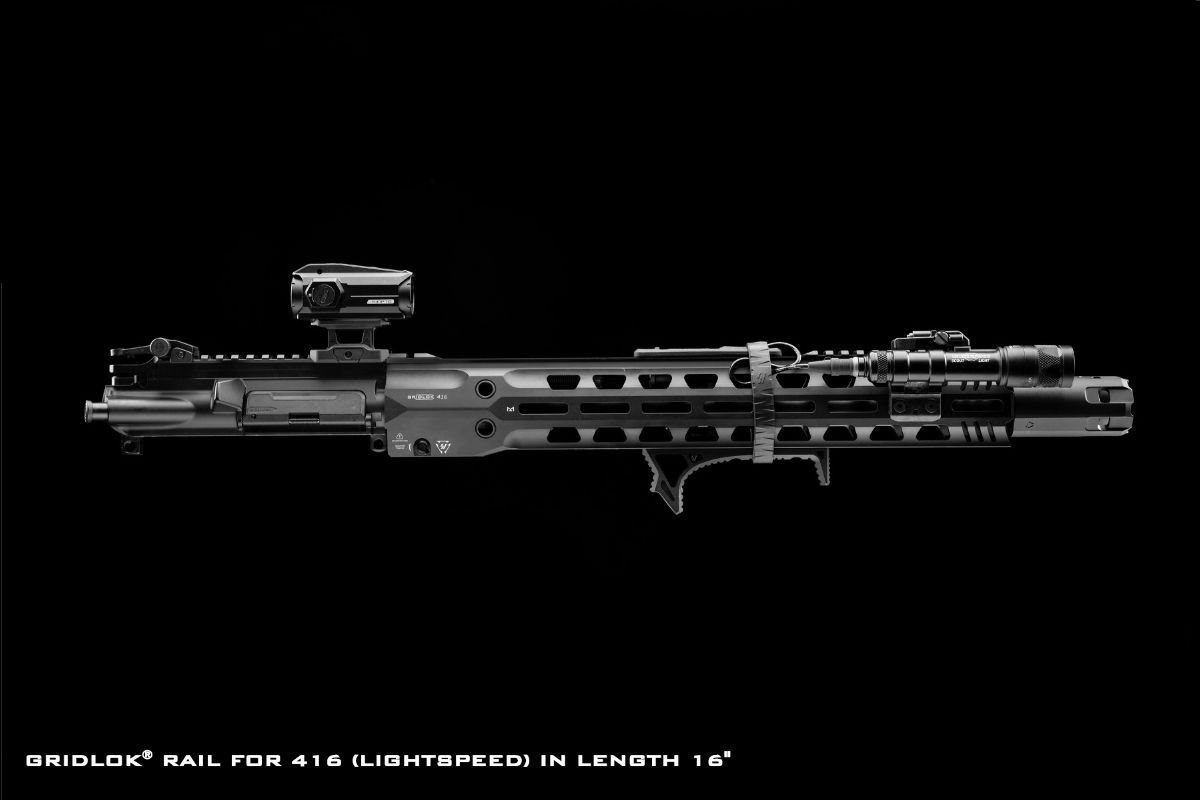 In this article
PAGE 1: Handguards for HKs by Strike Industries
Redakcja: