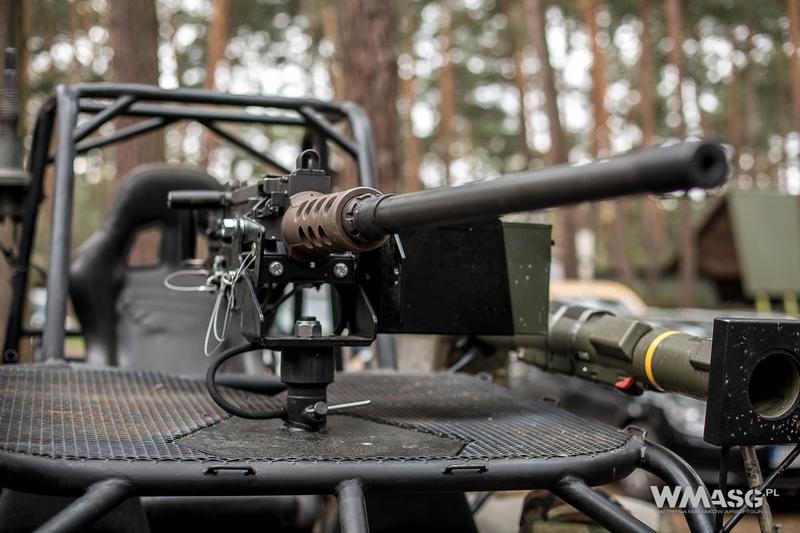 Well, in reality its not. Standard FPS are still very good. Sorry for the clickbait. It would be nice to start from the very beginning because some of you might not be familiar with the subject. Therefore...
In this article
PAGE 1: FPS is dead, long live the Joule!

Anyone who has ever appeared on any larger airsoft game had probably the opportunity to become acquainted with the concept of muzzle velocity (V0) of the BBs measured in meters per second (m/s) or, more widely, in feet per second or FPS.

For years, all major events have accepted the measurement of this velocity using the FPS value and on this basis classifying replicas in terms of safety categories set by the organizer. In order to maintain a certain standard, the measurement is done using 0.2 g BBs with hop-up system set to zero. This method is extremely firmly rooted in our heads, as the only right one. However, this was not always the case.

Years ago, at a time when the prices of AEGs started at 1000 PLN and the minimum wage was around 500 PLN, the leading unit of the "power" measurement was the Joule [J], an energy unit known from our physics classes.

In our community, few people pay any attention to Joules nowadays. Everyone had been acquainted with somewhere near the end of primary school or the beginning of secondary school, but the essence of the Polish education system is theoretical transfer of theoretical knowledge and long-term nurturing of this fiction in every possible field. Therefore we have a bit catching up to do ...

As the school should teach us, kinetic energy is the energy of a body connected with the movement of its mass, and it is measured in Joules. In airsoft, we experience its action from an extremely practical side, because the BBs of our opponents generously give us their kinetic energy, which is manifested by such small bruises, broken teeth, etc.

The school formula for kinetic energy is simple and probably all airsoft FPS calculators work according to it and its transformations. It can be easily found on the Internet:

The result in Joules [J] is obtained by multiplying the mass of the object in kilograms [kg] (for a 0.2 g BB it is 0.0002 kg) by the squared speed of the object in [m/s]. The formula can also be transformed to calculate velocity:

By multiplying the result by 3.28 we get the approximate result in FPS.

So what is the purpose of this argument, apart from bragging about the basics classical physics? What I am getting at is how come the FPS became the only reliable source of measuring the "power" of the replica, since the velocity of a BB is only a part of a larger puzzle? From any logical point of view, this is simply methodological nonsense. It's more or less like a diet consisting of boiled potatoes, instant sauces and chocolate crisps as balanced one because the daily dose of calories is met.

Some of you probably think now that it's looking for a fault where there is none. After all, we know the formula, the speed and the mass, so calculating energy is a simple substitution of data.

Therefore, what is wrong?

The problem is that this simple, general formula does not take into account many variables that have a real impact on the energy of the BB leaving the barrel such as: the ratio of cylinder's capacity to barrel's volume, friction, or even a replica power source. The physics specialists would probably find even more parameters that would need to be considered.

The most important here is the amount of air/gas injected into the barrel. It not by accident that AEG cylinders are divided into types from 0 to 3 (apart from all bored-up ones and dedicated types), depending on the length of the barrel in a given replica.

If the BB is pushed out of the barrel before the optimal amount of gas from the cylinder fills it, a "higher pressure" cushion will not give it an additional "kick", because the BB will, be then, fly too far and the excess air pressure will be wasted. In turn if the BB is still traveling in the barrel and the air from the cylinder is already exhausted, the BB will start to slow down in the barrel, because it has run our of its "fuel". The effect in both cases is similar, lower muzzle velocity and smaller range. The thing is that the mismatched cylinder-barrel set does not end the possibility of confusing things further. The weight of the BBs is also important. As a rule, heavier objects accelerate more slowly than lighter ones in identical conditions. This is not as important for AEG assault rifle replicas, which usually use 0.25 g BBs, but in the case of sniper rifle, DMR or SAW replicas, which usually use weights above 0.3 g or even 0.4 g, there is a certain problem.

The "pillow" of higher pressure may not be present in case of lighter and faster 0.2 g BBs, but for a lot heavier and slower ones, it will most likely appear. Of course, the initial speed will be lower than 0.2 g BB, but not enough to compensate for the weight gain and keep the Ek at a constant or a proportionally lower level. Therefore, although the velocity drops, the kinetic energy does not decrease, and may even increase.

Is the problem marginal? Can we all go now?

Well, the topic is the most up-to-date.

Since during the airsoft games HPA replicas became quite a common site which, in the opinion of many kill the game on a par with the other participants, voices about severe social injustice started to appear. This so called "potato cannon" can adjust the muzzle velocity in a range unachievable to other replicas. Many players openly and often unjustly accused the owners of this new class of replicas of cheating and manipulating the regulators during the game, because how else could they explain the differences in the range and "painfulness" between an HPA and an AEG with theoretically similar parameters?

Black magic? Fourth density? The third axiom? No. This is what I am writing about here observed in practice. This phenomenon is called "joule creep", also called a "positive compression effect". HPA replicas are particularly susceptible to this effect. In the case of AEGs, to achieve a dangerous "joule creep" extensive work would be needed, because regardless of the circumstances, there is always a constant amount of air in the barrel limited by the capacity of the cylinder. In HPA replicas, where the air supply to the cylinder is adjustable, you do not even need to tinker with the valve. It is enough to do an inaccurate calibration and there is already a situation in which a "safe" amount of FPS on 0.2 g BBs measured by a chronograph results in an increase of Ek after loading heavier BBs.

You can see what it looks like on the example of Mancraft's conversion kit reviewed in an old article written centuries ago by Promant. It is true that the current HPA systems have anything in common with ones by Mancraft, because of which many myths have arose around this power system, but there is a table in that text, where the inquisitive can calculate this "joule creep" between 0.2 g and 0.4 g BBs.

This is important information, as safety glasses and goggles that meet the CE EN 166 F (and FT) safety standard and thus do not guarantee protection against BBs faster than 315 fps, in this case provide only symbolic protection. Moreover, many people still use them (e.g. the still popular Uvex I-VO, or different models of Bolle Safety glasses), whether from ignorance or habit.

There is also one more aspect, heavier BBs lose their energy at a lower rate. The air resistance during flight is stronger for lighter balls. Summing up, not only do the lighter BBs used for testing on the chronograph have smaller penetration abilities from the get go, they can also be slower than the heavier BBs after traveling the same distance.

Of course not. Well, unless we agree to stay in the illusion of safety, until someone gets hurt. You can already find communities where limits are set in joules, not in FPS. There are also relevant tables on the Internet. Unfortunately, they do not take into account the phenomenon of positive compression, because it is individual for each replica.

So what to do? You can run replica tests before the game using BB the player's actually uses and with the HopUp settings he uses. This would be most convenient for  players, but it creates an obvious field of abuse for players that are not entirely honest. In addition, changing the chronograph settings after each test would be a hustle in the long run. It seems to me that the best and least complicated way would be to raise the standard weight of the BBs used for doing the tests to 0.3 g while moving away from the FPS standard to the Joule standard. If the replica has a positive compression effect, then it will be visible during such tests. Besides, Wolverine Airsoft recommends the same method in its video about the positive compression effect.

This, of course, is only a proposition on our part. I know the topic is not at all new, but I think it needs more publicity and brainstorming than it used to be given so far.

Technology is moving forward, and we are getting more and more new information, so our habits should keep up with the actual state of affairs and not reflect the state of knowledge that the community had almost 10 years ago.

We will be happy to read what you have to say about it.

In this article
PAGE 1: FPS is dead, long live the Joule!
Redakcja: