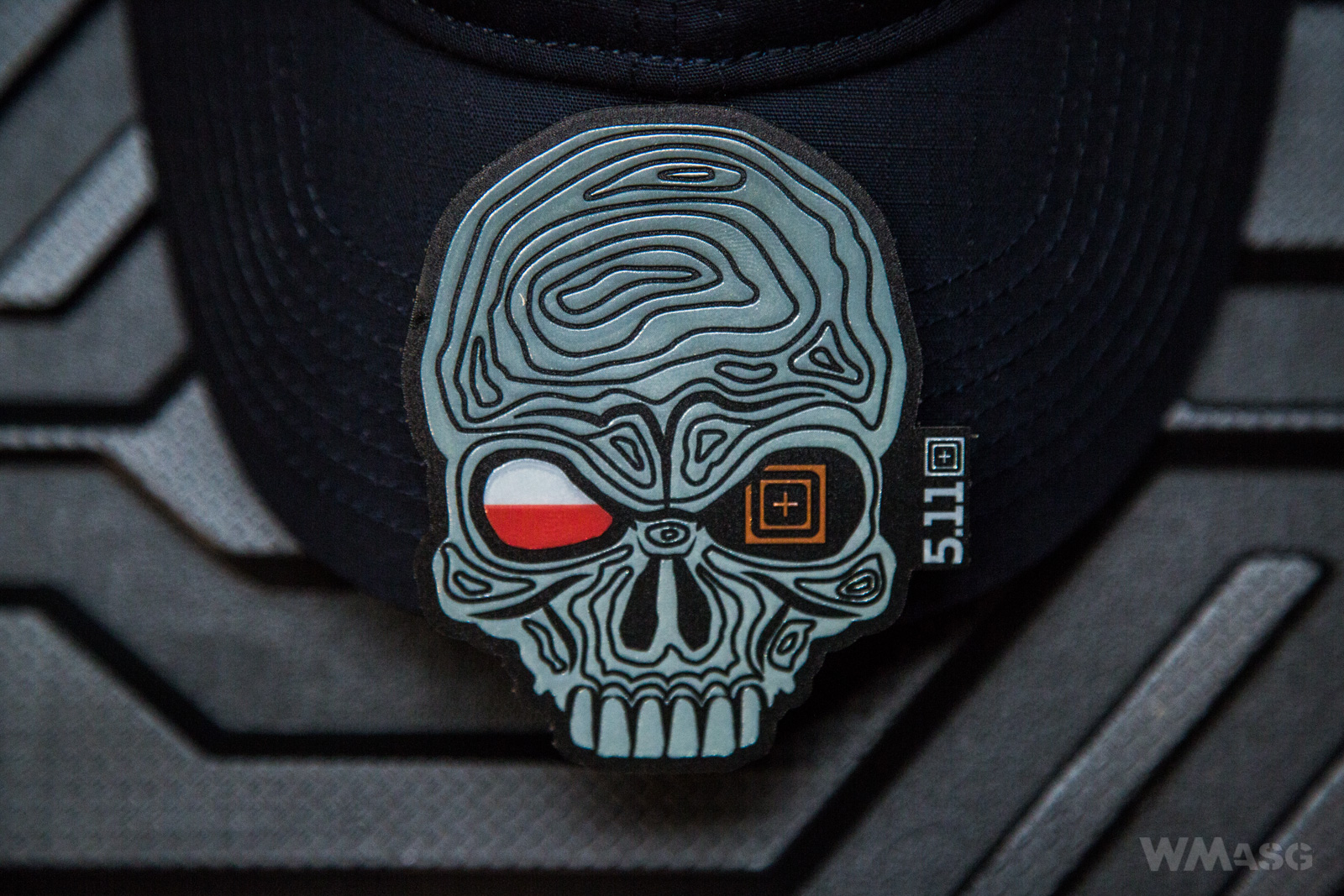 5.11 Tactical has released a new limited series of patches, which are a tribute to Poland. This gesture undoubtedly coincided with the 100 year anniversary of Polish independence. A reflective patch measuring 7x8.5 cm is a skull characteristic for the manufacturer with the 5.11 Tactical logo in one eye socket and a Polish flag in the second. As we have learned, limited number of patches will be sent to the best 5.11 Tactical dealers in Poland. You can receive it in a variety of ways. How? Shops will have a free hand give them away under only one condition - they cannot sell them. These patches have a collector's value, just like the new caps released every year by 5.11 during trade fairs or through competitions. However, according to the manufacturer's motto, "Always be ready", in order to get a cap, you usually need to show the proof of physical fitness. 5.11 Tactical is a legendary manufacturer and precursor of contemporary tactical clothing, but also equipment. Despite huge competition on the market, often duplicating each others similar designs, 5.11 Tactical designers manage to keep on the cutting edge of clever solutions and high quality. Although the brand in Poland has been available for years, at the moment, there is a clear tendency indicating that not only the European but also the Polish market is becoming more and more important for the American manufacturer. A small example of this is the patch that has just been released. Recently, the first 5.11 Tactical store in Europe was also opened in Hamburg.

We have five sets of a patches and a 2018 5.11 cap for you, which we will be happy to share. This time we will not require you to do push-ups or pull yourself up with a load. The special task will be to follow our fanpage on Facebook - there will be a competition soon!