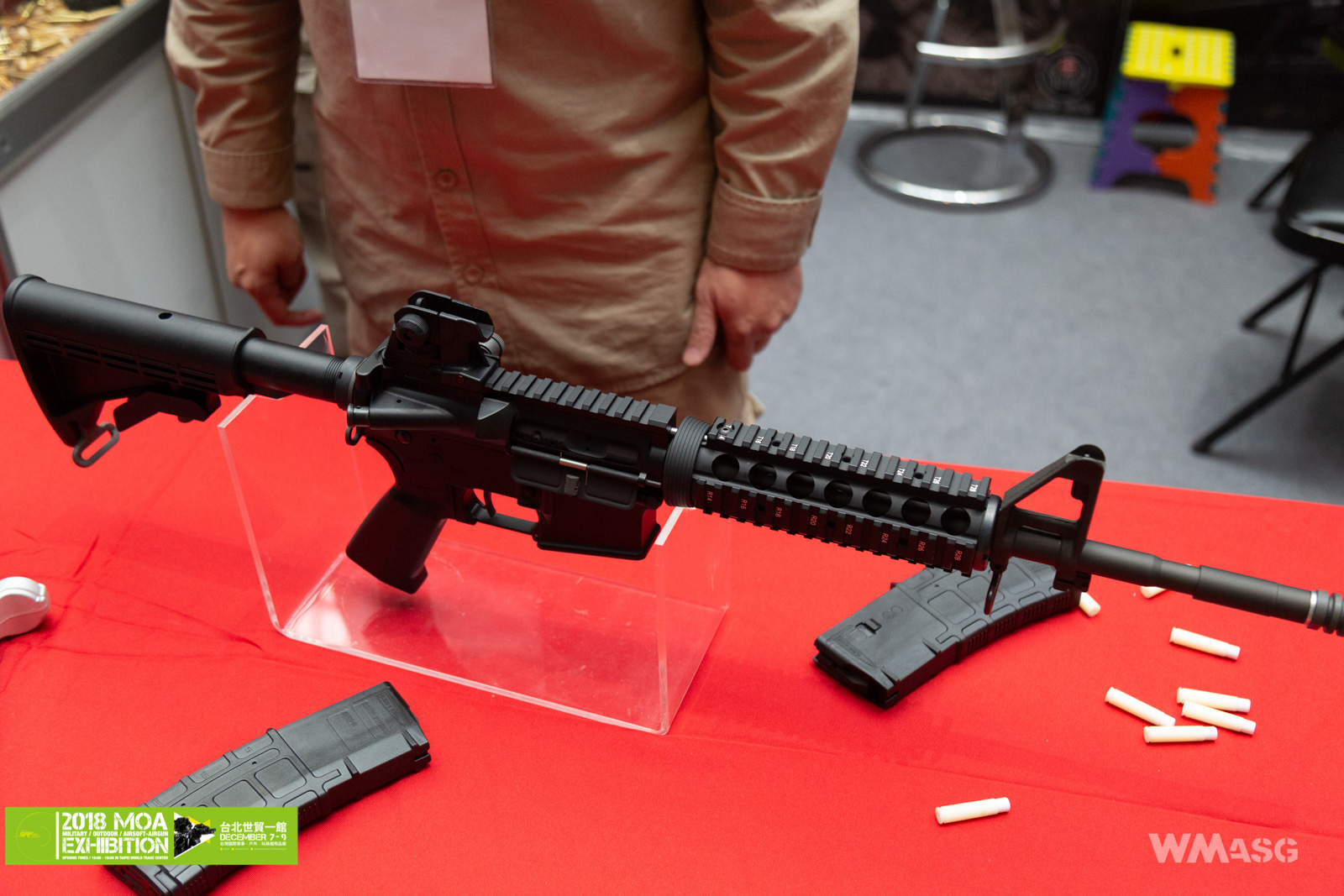 The Taiwanese manufacturer ensures that the replica has the exact dimensions and weight of the real firearm.Moreover, some parts, such as the bolt catch, the fire selector switch and others will be interchangeable with the real steel versions (see photo below). According to our interlocutor, the rear position of the bolt is exactly the same as in the real firearm. The replica is made of 6061 aluminum alloy. The outer barrel is steel. The planned release date is June next year.

The uniqueness of Rare Arms replicas lies in the fact that they eject the shells, creating an amazing feel.So far, only the SR-25 replica made by this company has appeared on the market.Despite having some shortcomings thier first model is very fun to shoot.During our tests, the replica had a problem with jamming, and the gasket in the shells fell out too easily.

The presence of shells in the magazine forces the transfer of CO2 tank to the pistol grip, which is also not a convenient solution from the gameplay point of view.The mere fact of ejecting the shells, however, already classifies the replica as more as a collector's item, or at best, to be used in a place that allows you to easily find the shells. Unfortunately, during MOA we could not see the mechanism and check if the jamming problem in the new replica still exists.The manufacturer, however, has already solved the problem with the gaskets.

We invite you to watch our video, presenting SR-762 Shell Ejecting GBBR.