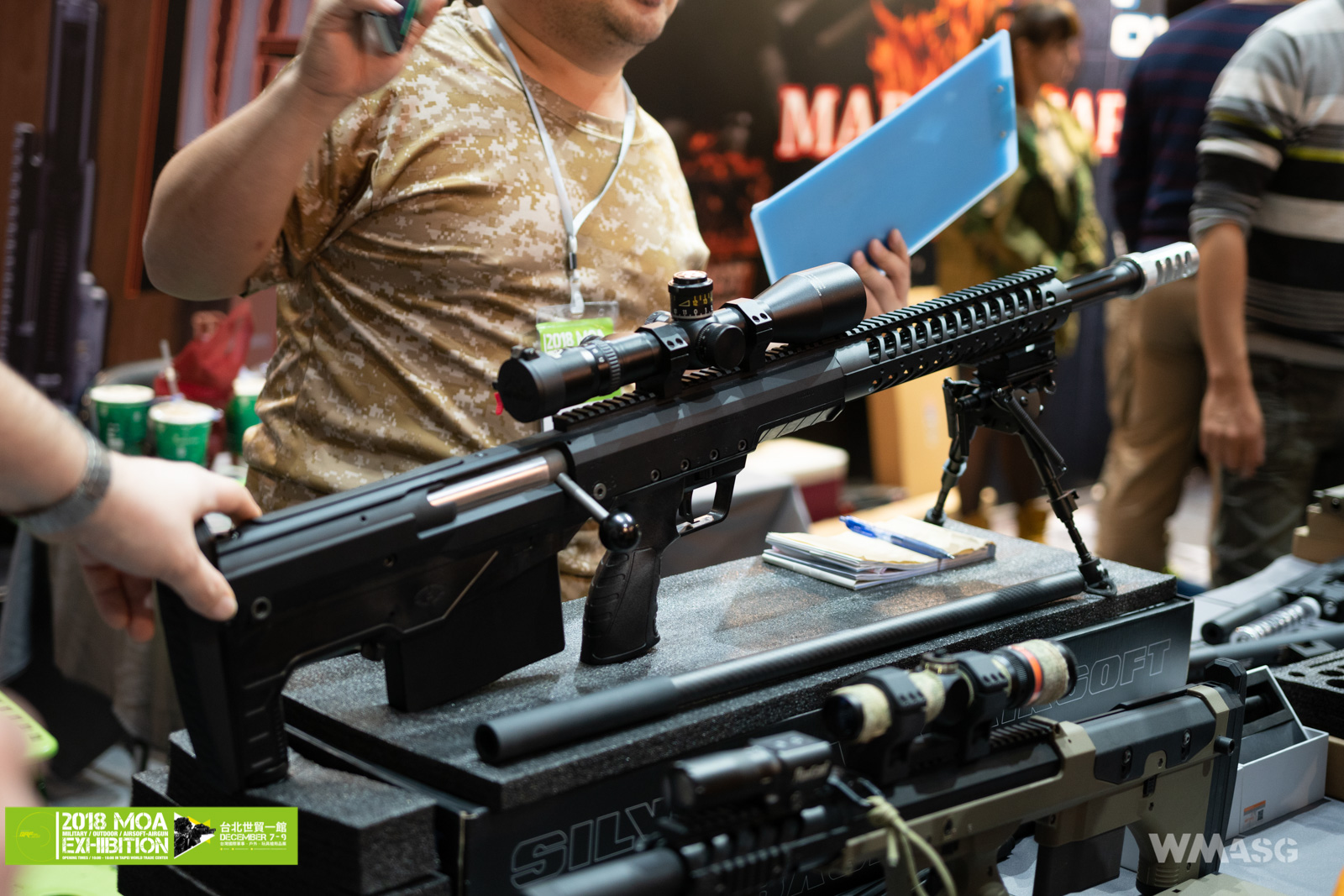 After publishing our photo gallery of the booths at the MOA fair in Taipei, Taiwan on our facebook fanpage, some trained eyes caught sights Silverback replicas at the booth shared with Maple Leaf.In addition to the already known models, the upcoming new ones also appeared - the HTI or Hard Target Interdiction, originaly made by Desert Tech.We could see the prototype of the replica during this year's IWA in Nuremberg. The caliber may seem obvious, however, besides 6mm BBs, also a version chambered for 8mm BBs is considered, as it suits a large caliber replica (the original calibers are: .375 Cheyenne Tactical, .408 Cheyenne Tactical, .416 Barrett, .50 BMG).  Like in the original, the replica is based on the same mechanism as the SRS that is currently available.The plans also include a licensed, dedicated Elite Iron silencer. The technical data we obtained shows that the replica will be made of similar materials as its smaller brother, i.e.: steel, 6061 aluminum alloy, polycarbonate plastic and plastic-reinforced nylon. The replica has a spring tension indicator. The price will not exceed 900 USD. The estimated release date is in 3 months time.We are in constant contact with the manufacturer and we will keep you informed about further details. 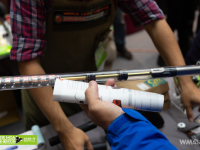