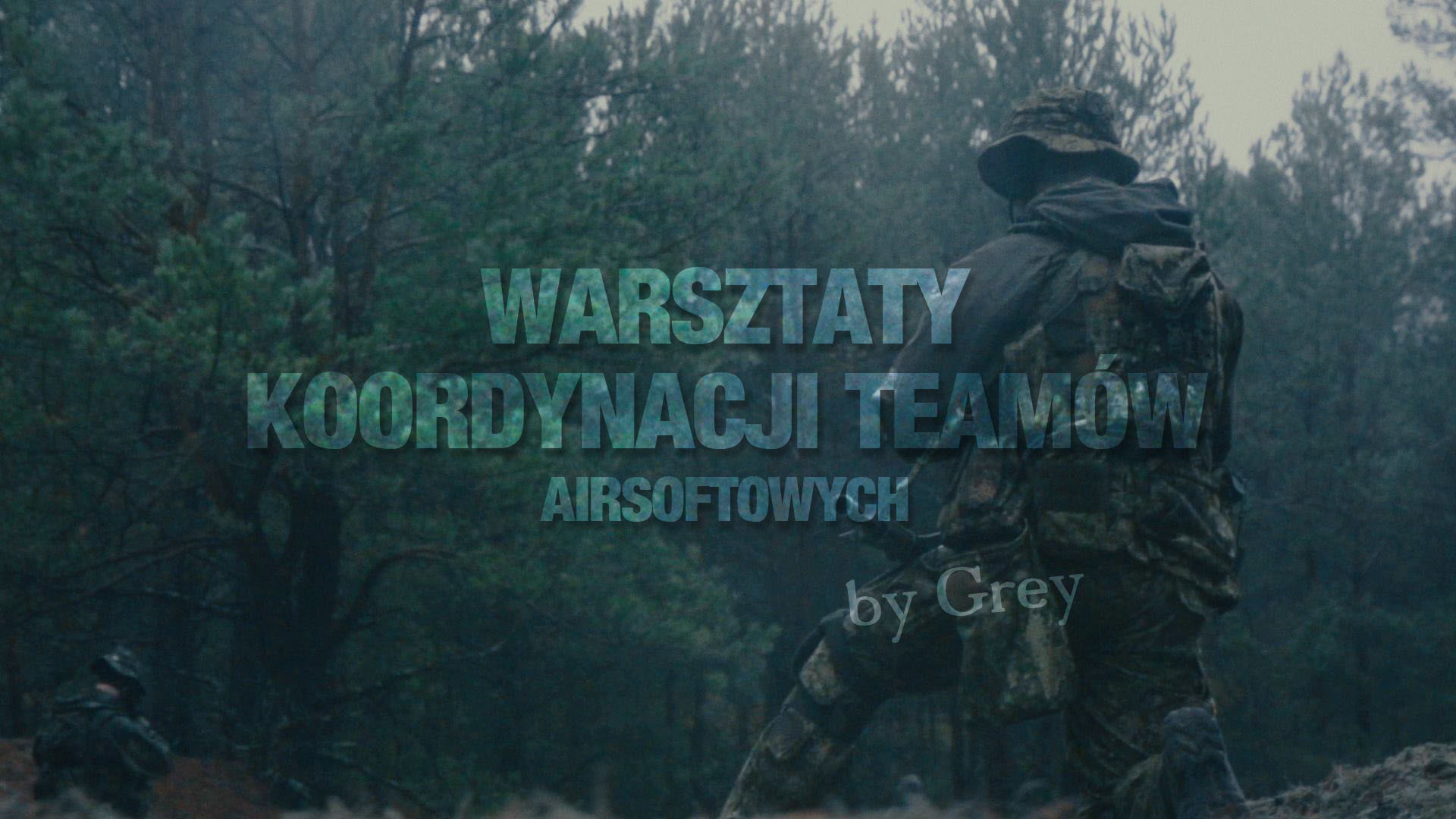 Workshops on coordination between teams

Krzysiek Studziński, known in the airsoft world as Gray, is associated with many initiatives connected with airsoft.He has also been a participant in many events abroad.Above all, however, he is the author of the Airsoft Tactics Handbook, adapting military tactics to airsoft realities.He is also an experienced organizer, recently known from several editions of Camp SNAFU.Together with his wife, he also rans his channel on Youtube and has also cooperated in this field with WMASG.A member of the Snow Panther, an active group inthe Polish airsoft community.No doubt, however, it is a man with extensive knowledge and experience in airsoft games and military simulations.Now he decided to take on another challenge and help other airsoft groups.

Teams often practice cooperation, tactics and procedures internally.Some players train on courses or camps, and later transfer the knowledge they gained to their teammates.However, it is problematic to practice cooperation with other teams during such internal trainings.And this is the ability to cooperate, minimize misunderstandings and the so-calledfriendly fire that often determines which party will ultimately win the airsoft game.What's more, it is the conflicts and insinuations of the allied forces, immediately after not aknowledging hits, that are the most common reason for dissatisfaction with a game.- Teams Coordination Workshops

All people who are members of even the most internally coordinated teams and have participated in major airsoft events know problems that arise when cooperating with other teams.Starting from the private ambitions of the leaders of individual groups, and ending with ordinary understatements.Each airsoft group also has different methods of operation.Gray took up the challenge of improving this situation.During the workshops organized by him, attempts will be made to use the potential of each group and use it to fulfill the task they were given.

On March 30, north-east of Warsaw, there will be workshops hald on the coordination of activities between teams that take part in airsoft events (from simple maneuvers to more advanced military simulations).The workshops are designed to improve the team's ability to cooperate during a series of diverse battle scenarios.Each scenario is preceded by a detailed introduction, followed by a discussion of the course, problems, solutions and errors.It is also planned to rotate the groups between the parties of the planned scenarios to strengthen the educational effect. Although the workshops have been defined as free, a donation of PLN 15 is meant for the organizer to cover the costs of preparing the workshops and an incentive to organize future ones ones. Therefore it would be nice if the participants had those PLN 15 with them.

To sign up, please fill out the form on the event's page. You will also find more details there.Knowing Gray - we encourage you to participate!