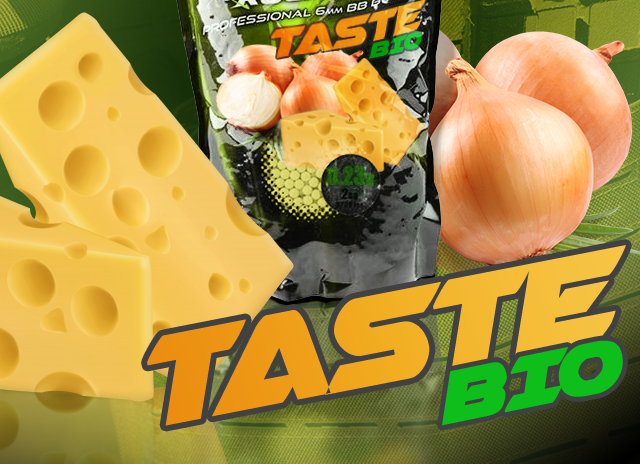 April Fool's in the industry

This year, we decided not to feed You with false news (forgive us if someone has counted on them, we'll make up for that next year). Others, however, didn't let You down. Below are a few of the better jokes we found and a summary with a small reflection.

Gunfire has proposed revolutionary Bio BBs. As you could read at  the store's Facebook profile - now you do not have to take any treats with you on airsoft games. Thanks to this product you will be able to refresh yourself and reload your replica, all in one package!

The flavors were chosen specifically... Not deviating far from food, the iconic manufacturer of popular weapon accessories, Magpul, has offered the Magpul Polymer Waffle Maker, a tactical waffle iron. Opinions are divided whether it is really such a bad idea ... Once again, Maniek44 made something noteworthy (he made his name by creating a "discount" plate carrier) with his new BB-scented perfumes. We respect that as a true Maniac would not be ashamed of using one!

Taiwangun meanwhile has announced a replica of the Ulbricht AM95 by 8Fields. The approach to the customers deserves credit, as the company allowed to place orders in the comments. UF PRO, a Slovenian premium class uniform manufacturer, presented its concept of an invisible camouflage and, at the same time, a uniform that meets the requirements of tacticool, comfort, water resistance and wind resistance. The new uniform will also be resistant to fire.

Meanwhile, Unity Tactical has shown on his Instagram profile a new mount for optical sights in the FAST line. The new FAST + product raises the sight by 4 inches, thanks to which the shooter does not have to lean to aim the shots. April Fool's jokes are not always bad ideas. Some time ago (unfortunately I do not remember who was first) on the first day of April, the Internet was buzzing about a tactical barbecue apron. Another classic example was the tactical kilt, which on April 1, 2012, as a joke, has been announced by 5.11 Tactical. Very soon it turned out that it was a hit and the kilt was introduced into the manufacturer's offer in many camouflage patterns, under the name Tactical Duty Kilt.

Have you found any other April Fools' jokes worth mentioning? Let us know in the comments!

Chylek turned our attention to the Vortex video about a "new" scope equipped with the C.O.B.R.A. system. And what that might be? We invite you to see for yourselves: