The revolution in sport and combat shooting continues with the use of mini collimators. The trend that started a few years ago by athletes, involving the mounting of small, Docter, FastFire or RMR open type collimators on the slides of guns was picked up by special forces. Therefore, for some time Glock pistols of Delta operators, or Glock and USP pistols of our native commandos from JWG and JWK were seen equipped with those electro-optic sighting devices. 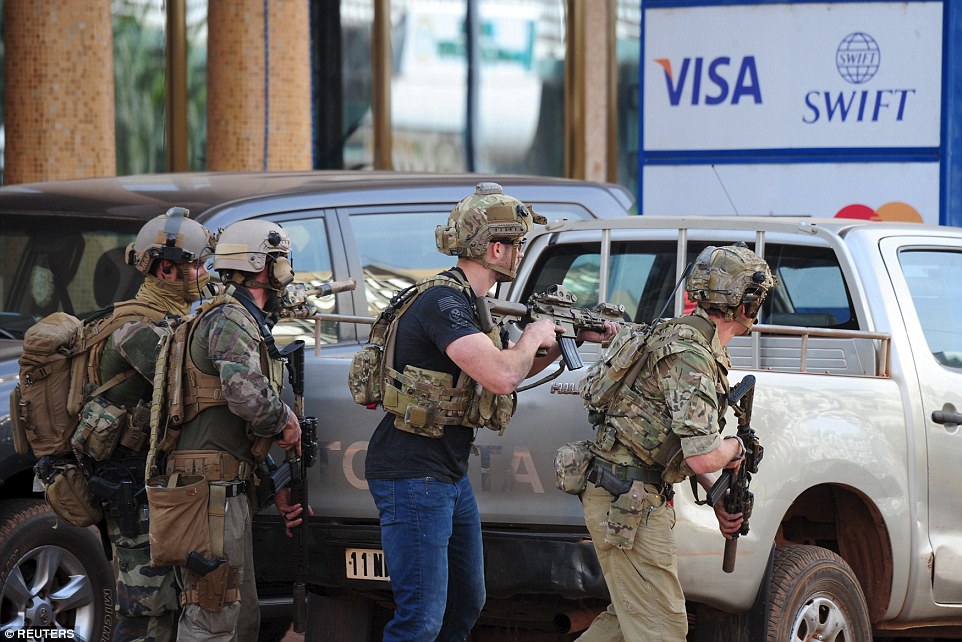 Commandos from Lubliniec and their pistols with collimators

One of the products defining the so-called gold standard among mini collimators is undoubtedly the RMR model (Ruggedized Miniature Reflex), the most popular one among US shooters. The reason for this good standing is resistance to damage, small size and weight, and a multitude of models of operation to choose from. 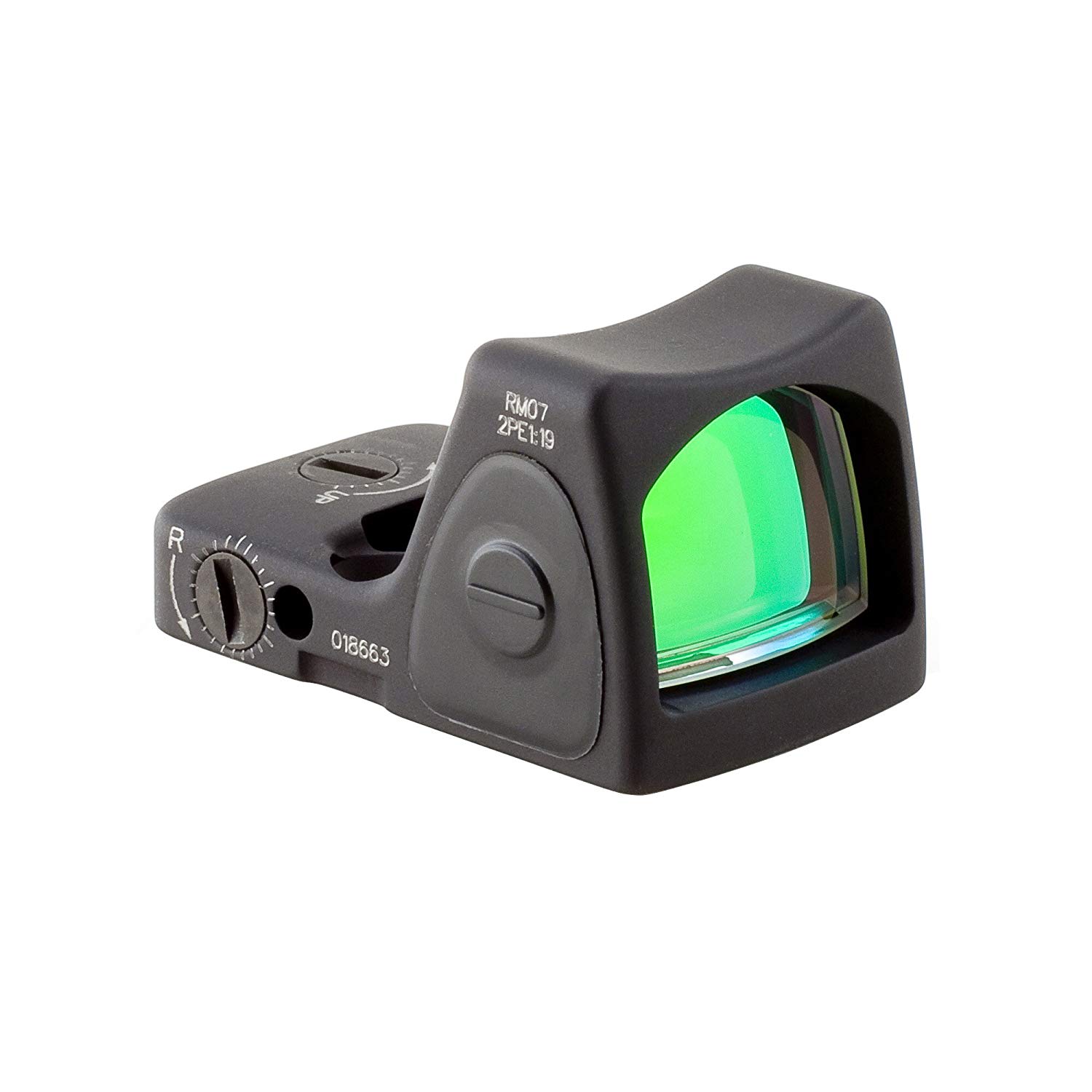 The Trijicon company, the manufacturer of the RMR, but also the ACOG, a well-known scope in the airsoft community, has recently presented a new mini collimator dedicated mainly (though probably not only) for use on handguns. 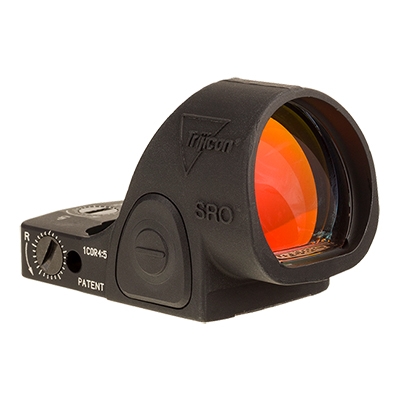 The SRO (Specialized Reflex Optic) compared to the RMR, it offers a larger field of view and eliminates the need to taking off the collimator when changing the battery. 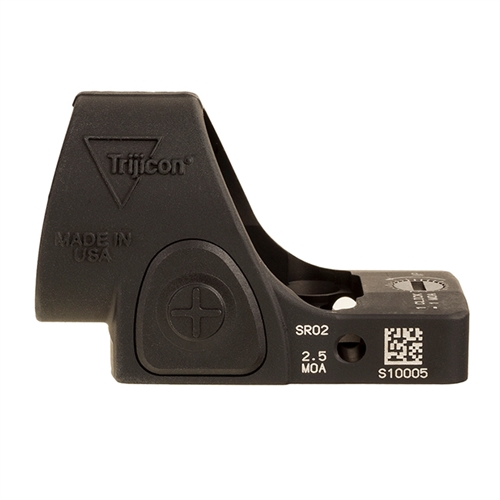 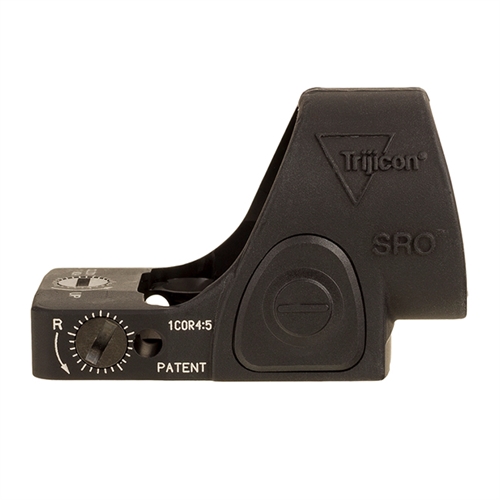 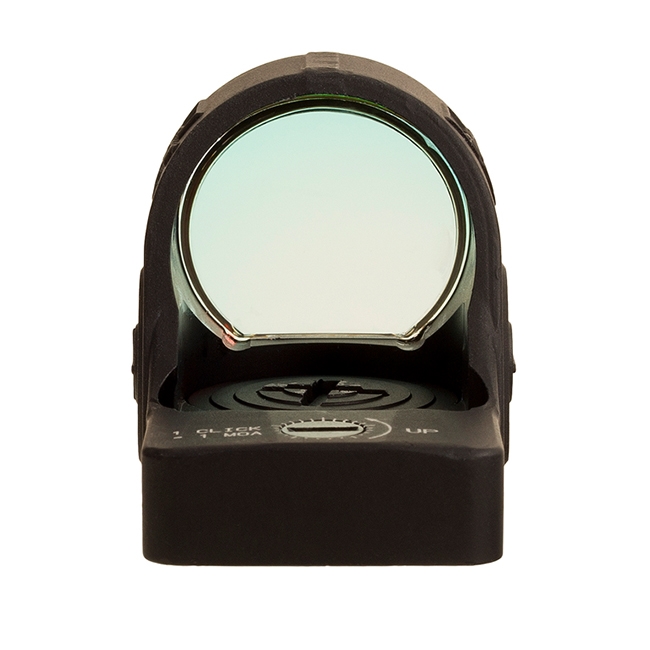 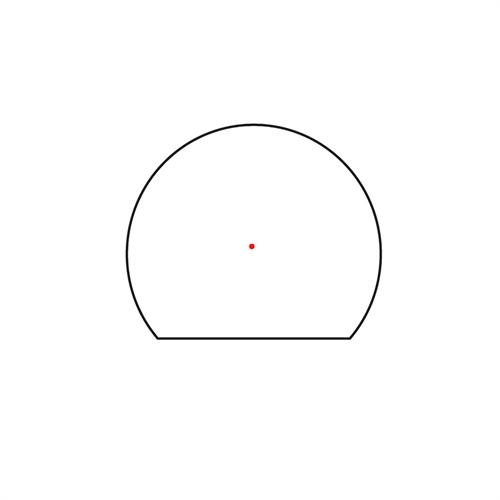 The SRO is compatible with RMR mounts and will work with the majority of pistols with which RMR was used, including Glock, S&W M&P, Walther and XDM. The dot in the SRO has the size 1MOA, the declared battery life (CR2032) is 3 years, with normal use. The collimator is waterproof to a depth of 10 feet (about 3 meters). 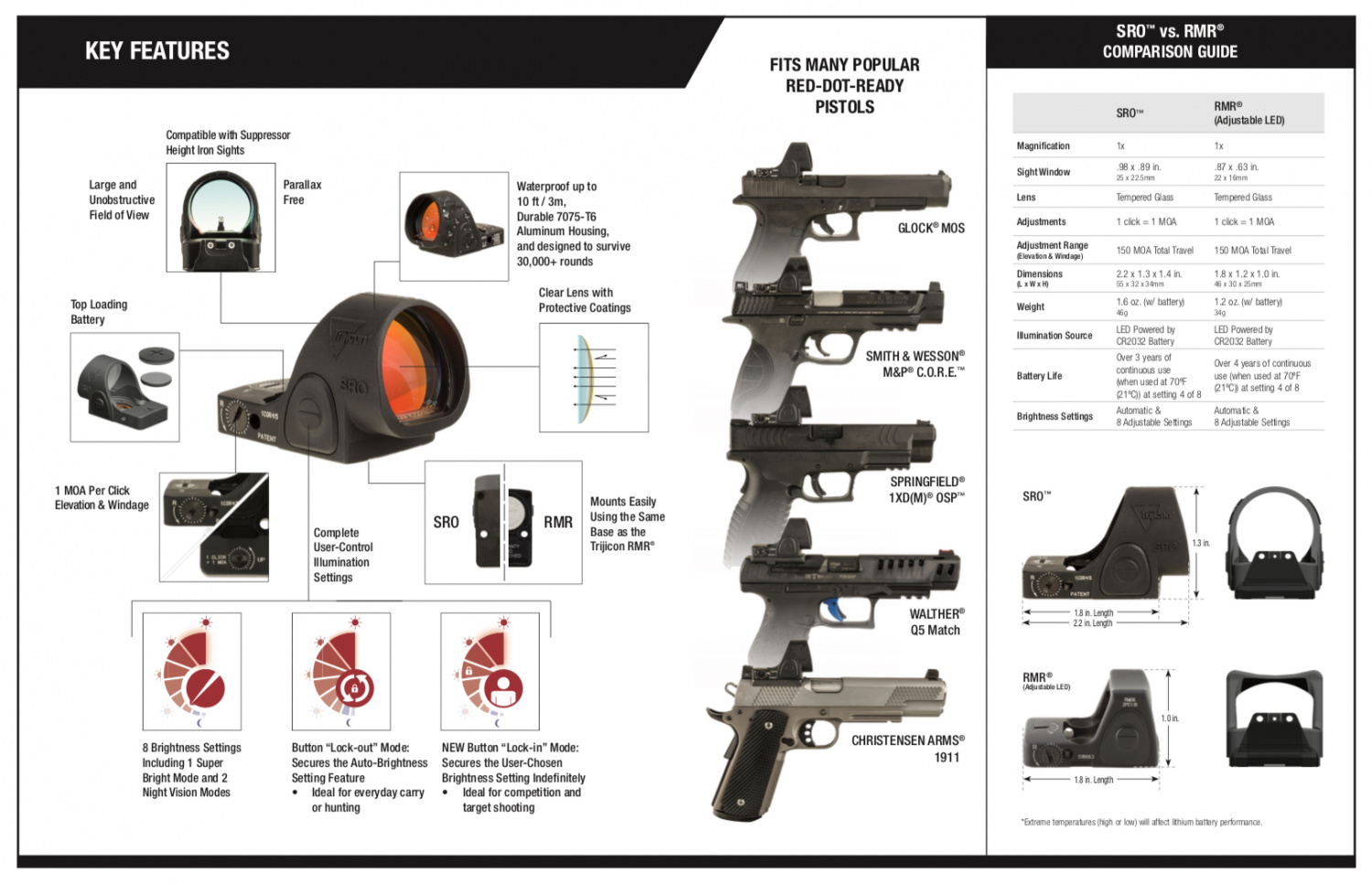 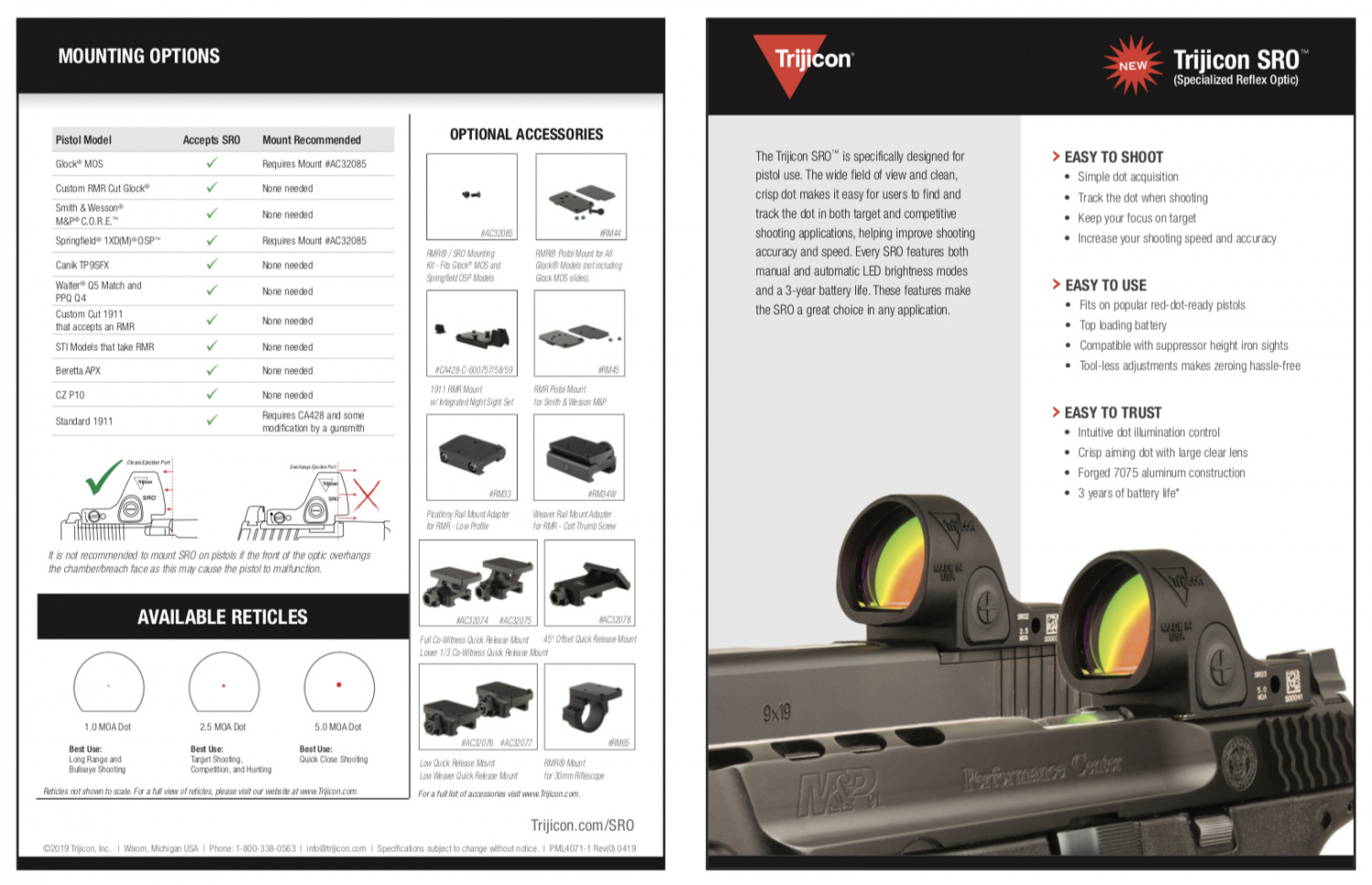 The price provided by the manufacturer is 739 USD.