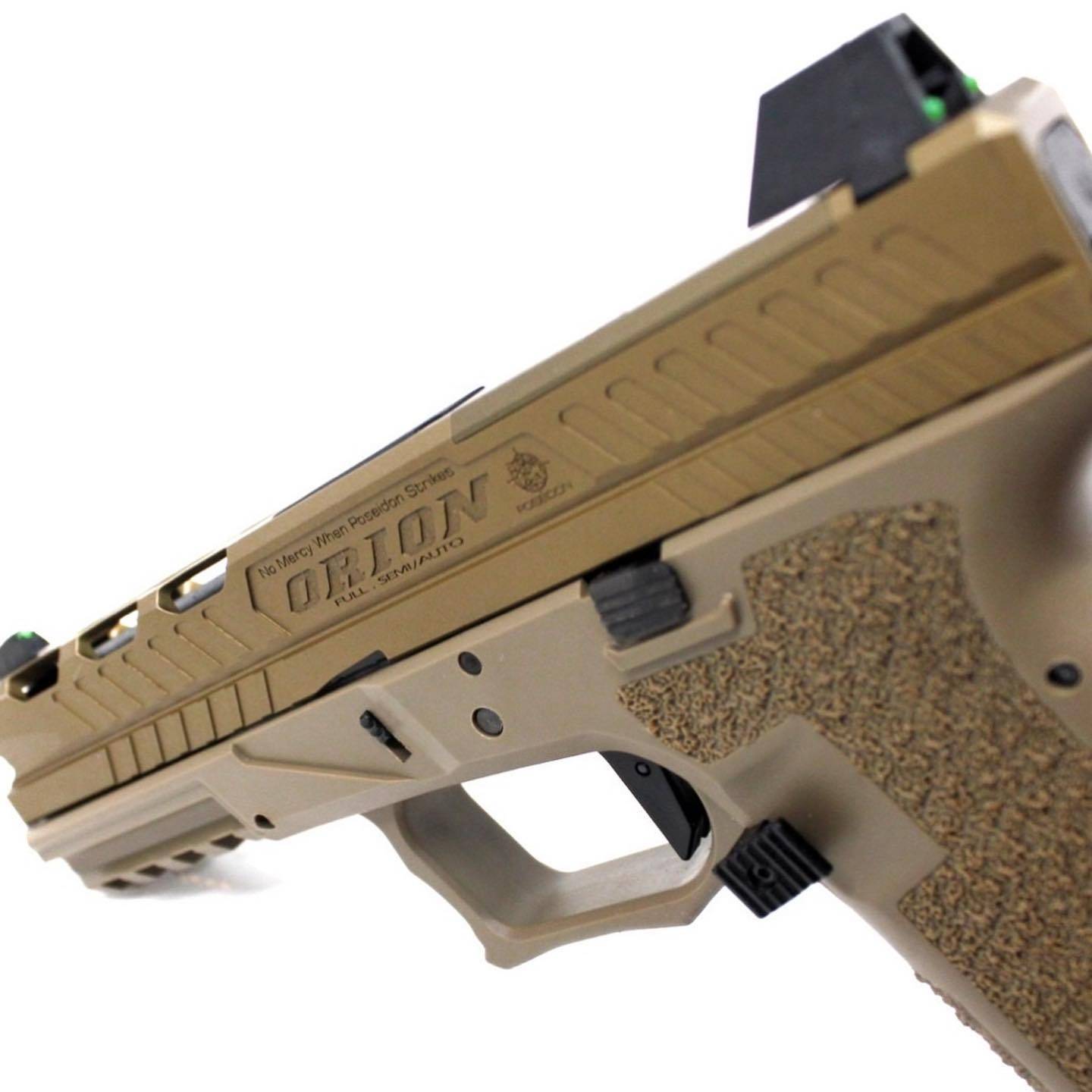 Poseidon, known mainly as a manufacturer of parts for GBB replicas, has presented the Orion Combat pistol line. This extends the current offer of this manufacturer's replicas and, at the same time, introduced some interesting changes.

The replicas will have slides made of 7075 aluminum alloy, processed on CNC machines. They will have a large number of ribs giving them an aggressive character and reducing the weight of the slide. Instead of the standard front sight and rear sight, the Cyclops system will be installed by default, promoted by the manufacturer as providing a more intuitive, faster way to aim. In addition, the slide itself will be prepared for the mounting several types of collimators made by the most popular manufacturers. 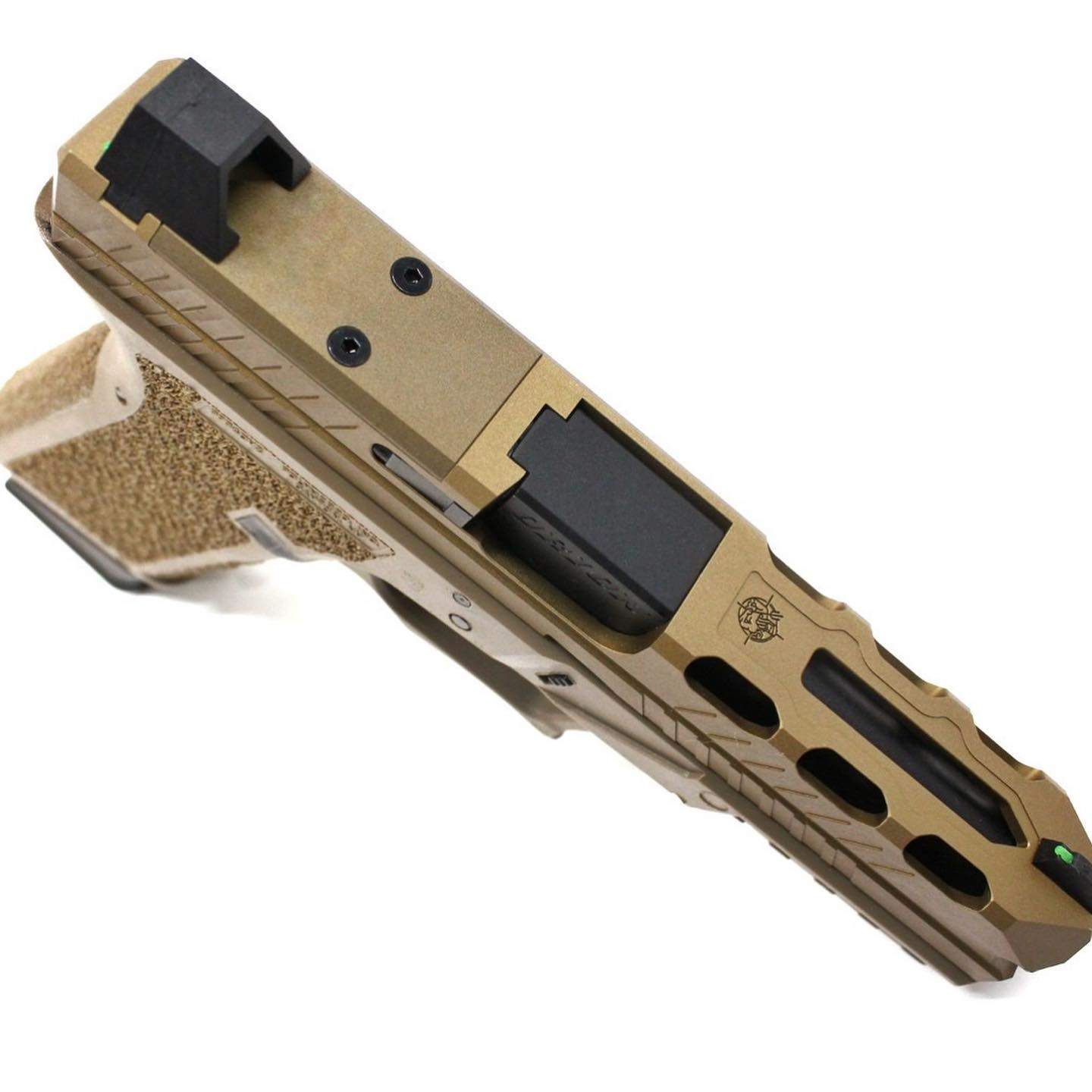 The replica will be able to fire in single and full-auto modes. The fire mode selector will be hidden on the back of the slide. The most interesting information is the use of a patented, proprietary standard of internal parts. It will be different from WE or TM systems. The manufacturer states that it is to be characterized by increased durability and efficiency. The replica itself will be equipped with an inner barrel with better parameters, an accessory rail and an internal 11 mm thread for an adapter. There will be versions with a longer slide called Orion 3 Combat and a standard slide called Orion 2 Combat. Each version will be available in black or tan.

The replicas themselves are based on the Glock replica platform and have elements that are characteristic for it, but no information was given on the interchangeability of magazines between the systems. The release date and price were also not given.