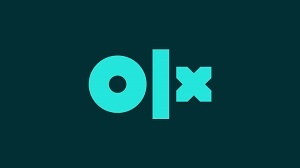 Carefully observers or people looking for replicas could notice a significant drop in ads with replicas and accessories on the popular (in Poland) OLX sales platform. Unfortunately, this fact did not hit only airsoft, but the entire shooting community. Along with the change of the service regulations of January 28, the items prohibited to be offered at the site were expanded with airsoft replicas and all accessories. The qualification of airsoft replicas as firearms is also disturbing. OLX itself, when asked about the situation and the reasons for such changes, replied with a quote from its regulations on prohibited items, point 32:

„Due to the regulatory changes that came into force on January 28, it is forbidden to offer firearms (and their essential parts) and ammunition on our website, including combat, hunting, sports, ASG (Air Soft Gun), gas, alarm and alarm weapons and signal.
It is also forbidden to offer firearms permanently deprived of functional features and gas throwers, including pepper spray, regardless of whether their possession or trade is restricted by law and whether or not a permit is required for their possession or trade (including air rifles).”

As one can read in the regulations (available under this LINK) from now on, airguns, alarm weapons, gas weapons, deco replicas or other personal protective equipment will also not be available via the platform. After Facebook changed its privacy policy some time ago and all advertisements about weapons/replicas began to be removed and bans imposed on users, it raises some problems. At the moment, replicas can be traded at the WMASG public marketplace (which we invite you to use) and via posts on private messengers (where they are not widely available). At the moment, it is not known how the situation will develop further and where the shooting and airsoft community will move. Perhaps a department with weapons and accessories should also be created at WMASG?