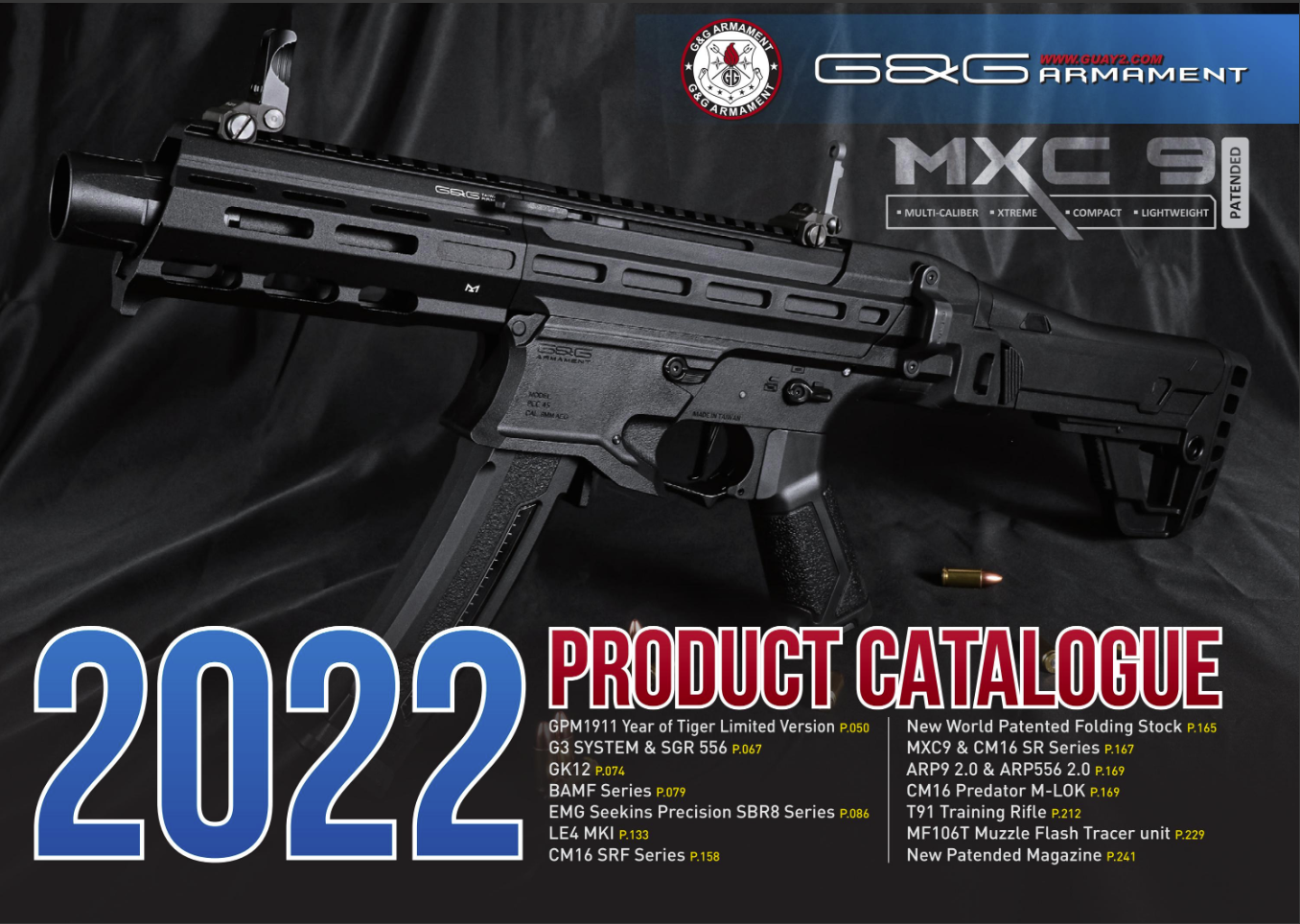 G&G Armament with a product catalog for 2022

G&G Armament has published its latest product catalog for this year. In addition to well-known designs, new versions of popular replicas have appeared, as well as new unusual or innovative solutions previously unheard of on the market.
Among the newly announced replicas, the LE4 Mk.I model stands out, i.e. a cult replica of the British rifle. The replica will most likely have a polymer stock and metal parts of the mechanism. Interestingly, the rifle uses a gas-powered mechanism instead of a spring-loaded one and magazines in the form of clips with dummy cartridges. Two different versions are to be available: standard and sniper with a cheek pad and an integrated scope mount.

Other gas-powered replicas are the MGCR 556 with 7, 10 and 12 inch barrels. In this case, the rather futuristic receiver, an M-LOK handguard, a dummy gas block shifted to the very end of the handguard and a different magazine exterior attract attention.

.
In turn, for the Combat Machine series, a newly configured G2 gearbox called the MIG (Mosfet Intagrated Gearbox) is to appear. Inside one will find a quick-change mosfet system located behind the rear wall of the gearbox, a new trigger system with the option of cutting it off after firing the last BB or removing the magazine, or a new folding stock with wireless installation. In this case, covered hinges made of electrically conductive material were used, thanks to which there is no risk of damaging the wires during the movement of the stock, short circuits or the risk of electric shock, and it is possible to use a replica with a folded stock. The wireless installation itself will be slowly introduced to subsequent models from this manufacturer.

Staying on the subject of AR-15 replicas, there was an announcement of a successor to the well-known G2 gearbox by G&G. The G3 is to be the first two-part gearbox by G&G. Replicas with this design will have a hop-up chamber attached to the upper half of the frame, a removable trigger system, an optical control system, replaceable plates for changing the angle of the motor and mounting the pistol grip, and quick spring replacement system. From the available functions, one will find a cut-off feature when a magazine is empty and the need to use the bolt catch, the option of precocking and programmable bursts as well as adjusting the travel and sensitivity of the trigger.

The new system is to be delivered to the SRG 556 replica with an 11-inch barrel. The replica is to be made mostly of metal. As in the Type 64 replica, this one will come with a white remote for programming the trigger system. However, for the owners of the game venues, a black remote control is provided for programming many replicas with this system as the same time, allowing certain functions to be blocked at will.

In addition to new designs, new versions of existing products will also appear. These are the ARP 9 2.0, ARP 556 2.0 and CM16 MLOK Predator. Unfortunately, what changes done in the designs between generations have not been disclosed.
The last, unusual design are polymer magazines for the PCC 45 and SMX 9 replicas. Instead of the standard magazine with 2 stacks of BBs, this one was designed with 4 rows of BBs and thus a capacity of 130 BBs. According to the manufacturer, they are to work seamlessly with 0.4 gr BBs and replicas with a rate of fire of up to 32 RPS. A version for MP5 replicas is also to be released. A new model will also join the family of these replicas.

The TGM R5 ETU is to have an M-LOK handguard, a folding framework stock, an optics mount, the aforementioned wireless power transmission system (but the battery placement is a big unknown) and a new pistol grip. 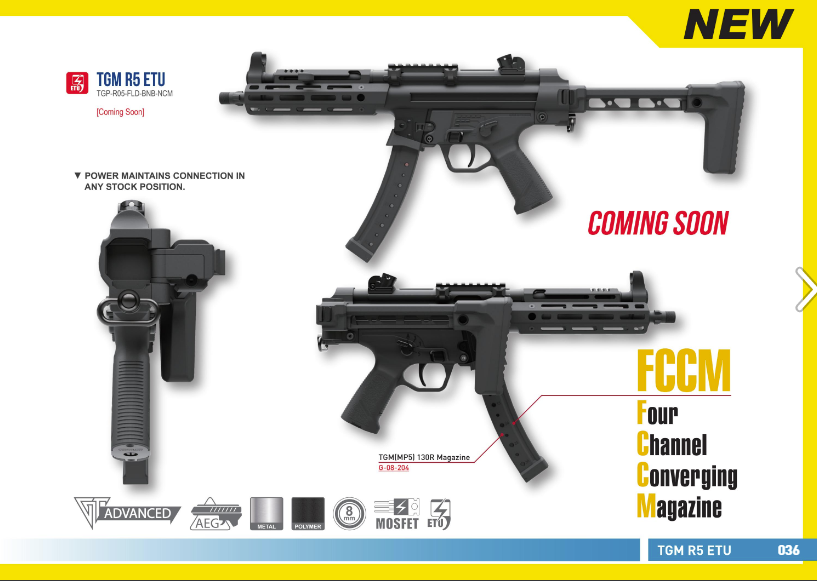 Attention is drawn to the safety/selector switch with 4 positions (safe, semi, burst, auto) and the lack of a classic magazine release, which was replaced by a double-sided magazine release located much closer to the trigger guard.

At the moment, all described new products remain only on paper and there is no information about release dates, prices, availability or performance. We will keep an eye on all sources and provide information on a regular basis.