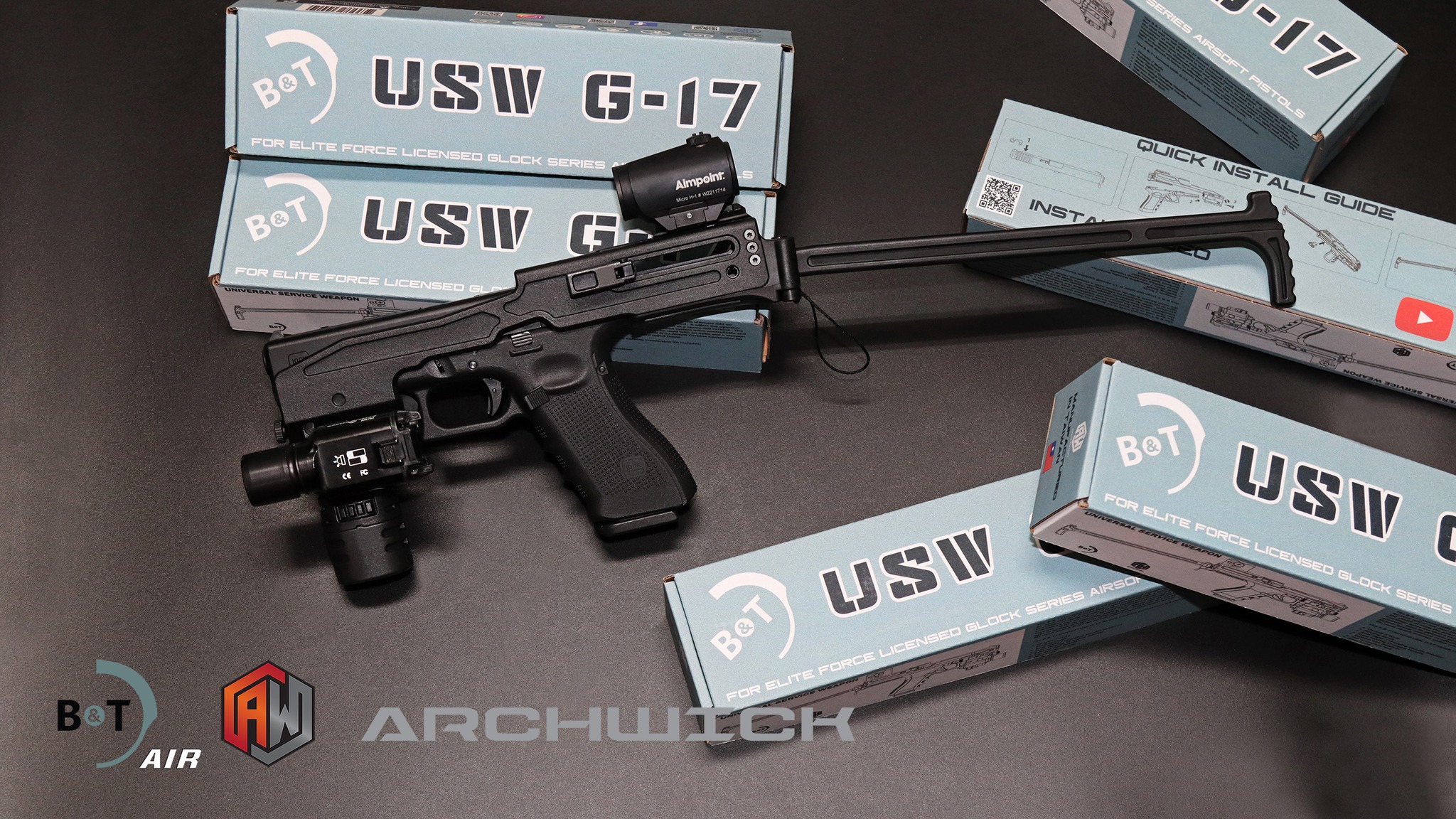 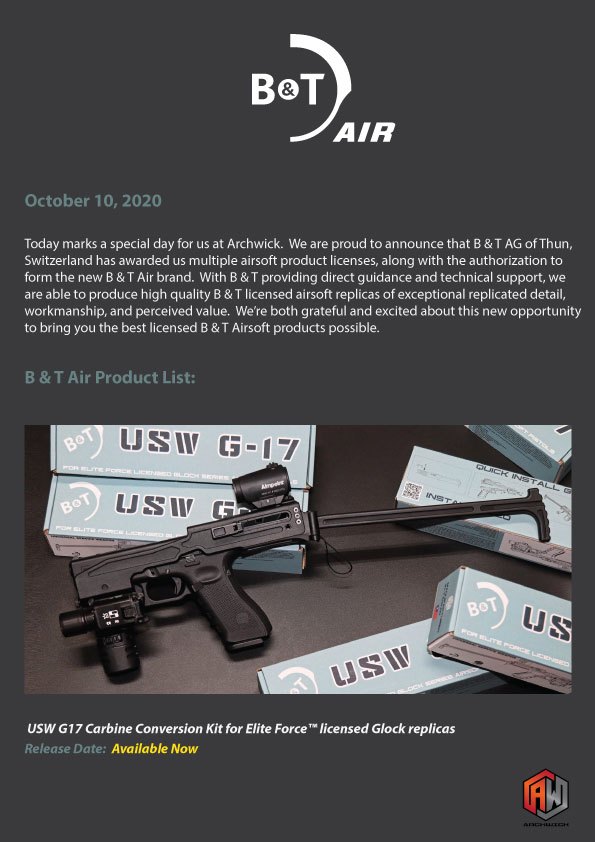 B&T Air is a brand co-created by another famous firearms company, which saw the potential in developing passion among younger people and at the same time positioning its brand image in a new area for the future. Thanks to the cooperation between B&T AG and the airsoft company Archwick, soon all fans of the brand will be able to enjoy a whole range of licensed replicas. In addition to the created and already available products, plans for the next premieres and specific models have already been announced. Among the currently produced, we can find the USW G17 rifle conversions for GLOCK replicas, the PCC for HiCapa replicas, the L119 by Colt Canada or the SPR 300 PRO replicas (which we wrote about earlier during the coverage of MOA fair) to the upcoming APC 9. The coming of the SPR 300 PRO has been known for a long time and even the release date has been announced (January 2023). The upcoming APC 9 replicas will be available in 2 length variants, as AEG replicas and as a gas powered replica one variant. 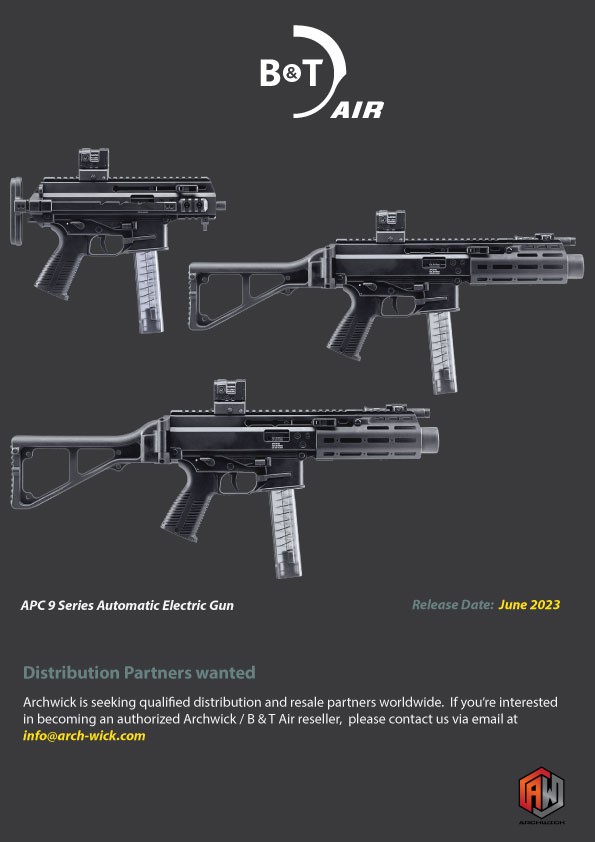 According to the plan, their premieres are to take place in April 2023 for the gas version and June 2023 for the AEG version. 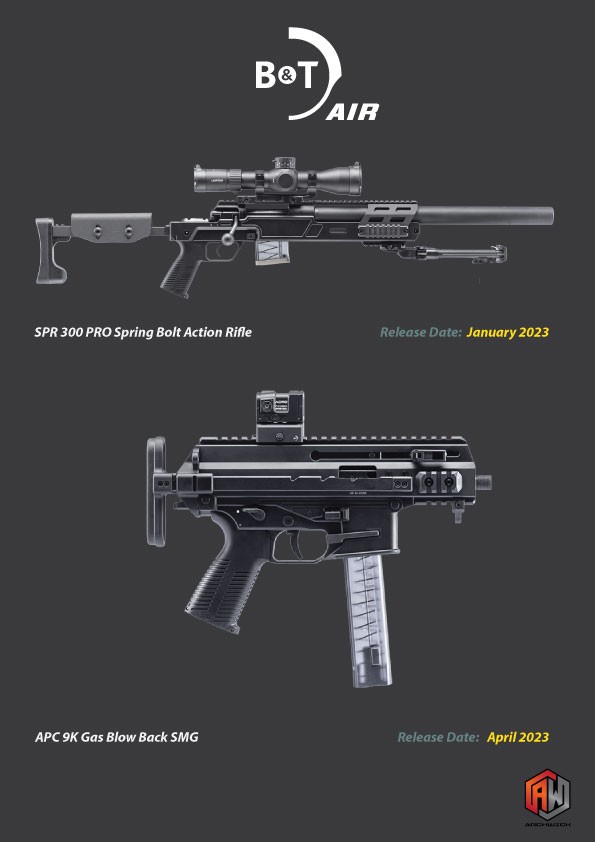 B&T AG offers GL06 grenade launchers, APC series 223, 300 or 308 or the already known APC 9, but in the version powered by GLOCK magazines or the suppressed Station SIX-9 pistol (also known as the VP9 or as a successor to the Welrod pistol ) and the famous MP9. What should the next replica from B&T AIR be? 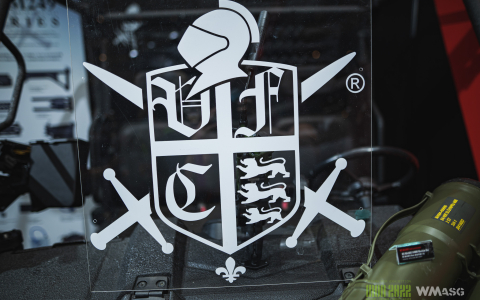