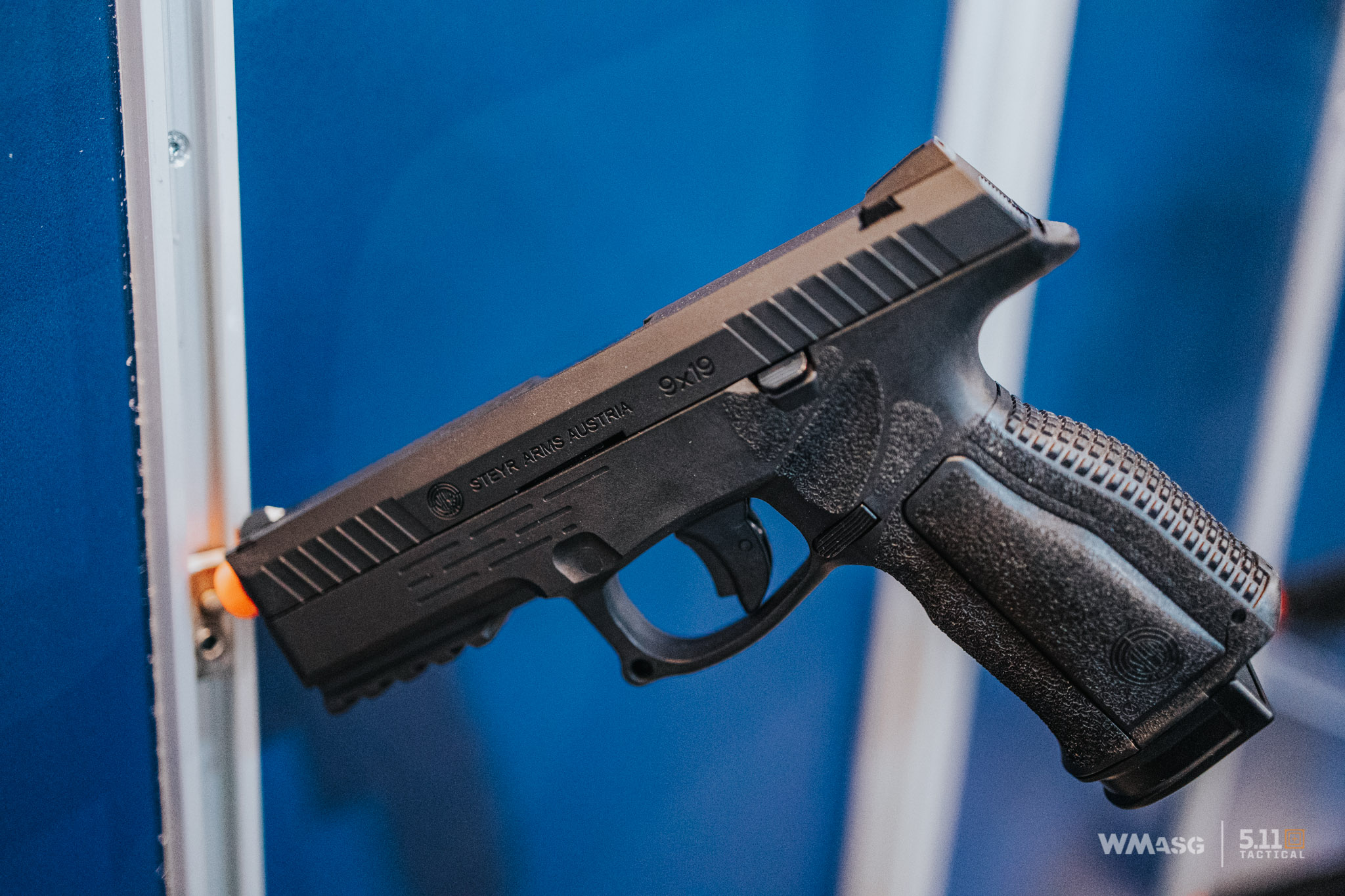 At the Action Sport Games booth we had the opportunity to see new replicas, including the CZ P10C. 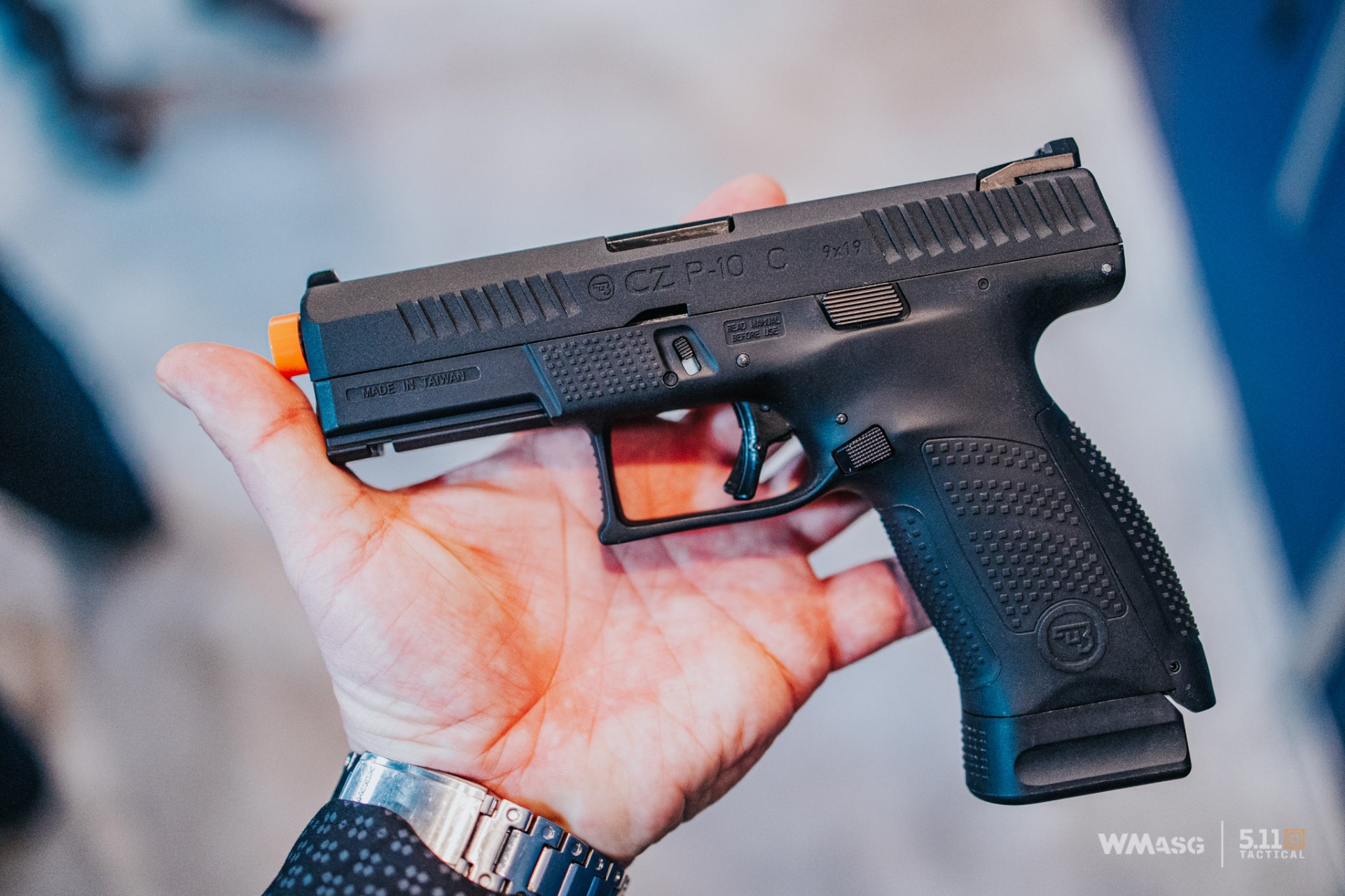 The compact design with a polymer frame and a metal slide has all the features of a modern pistol: a double-sided slide stop, a safety in the trigger, an underbarrel rail for accessories and a threaded outer barrel. 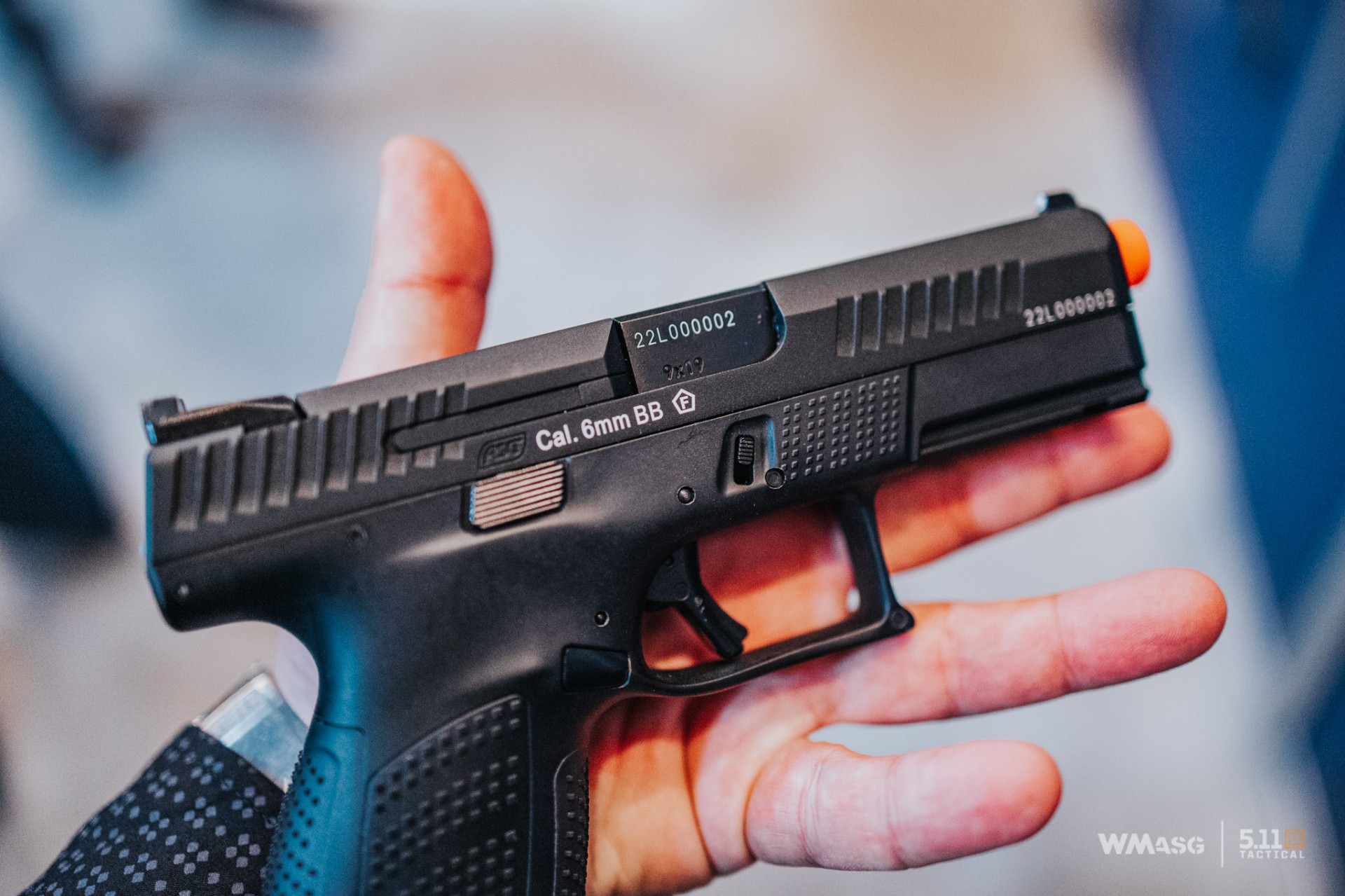 In terms of internal parts, the focus was on the greatest possible realism of the trigger and the ease of adjusting the Hop-Up system by moving the adjustment to a more accessible place. As for the trigger, the manufacturer states that its work has been improved, thanks to which it has a pressure of only 2.5 pounds. In addition to the standard version with iron sights, a version adapted for mounting optics has also been prepared. 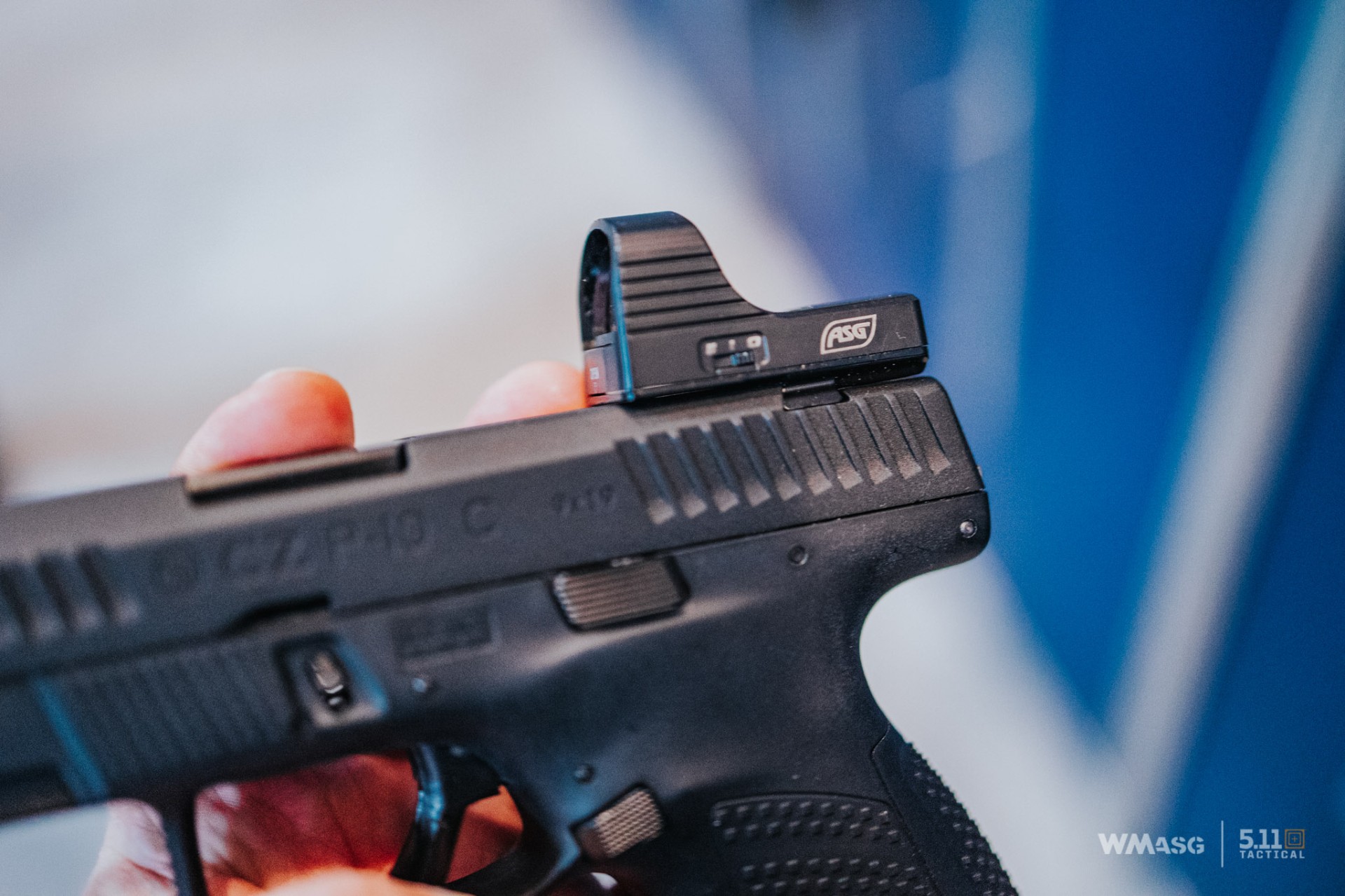 The previously described replica of the Steyr L9A2 pistol was also presented. 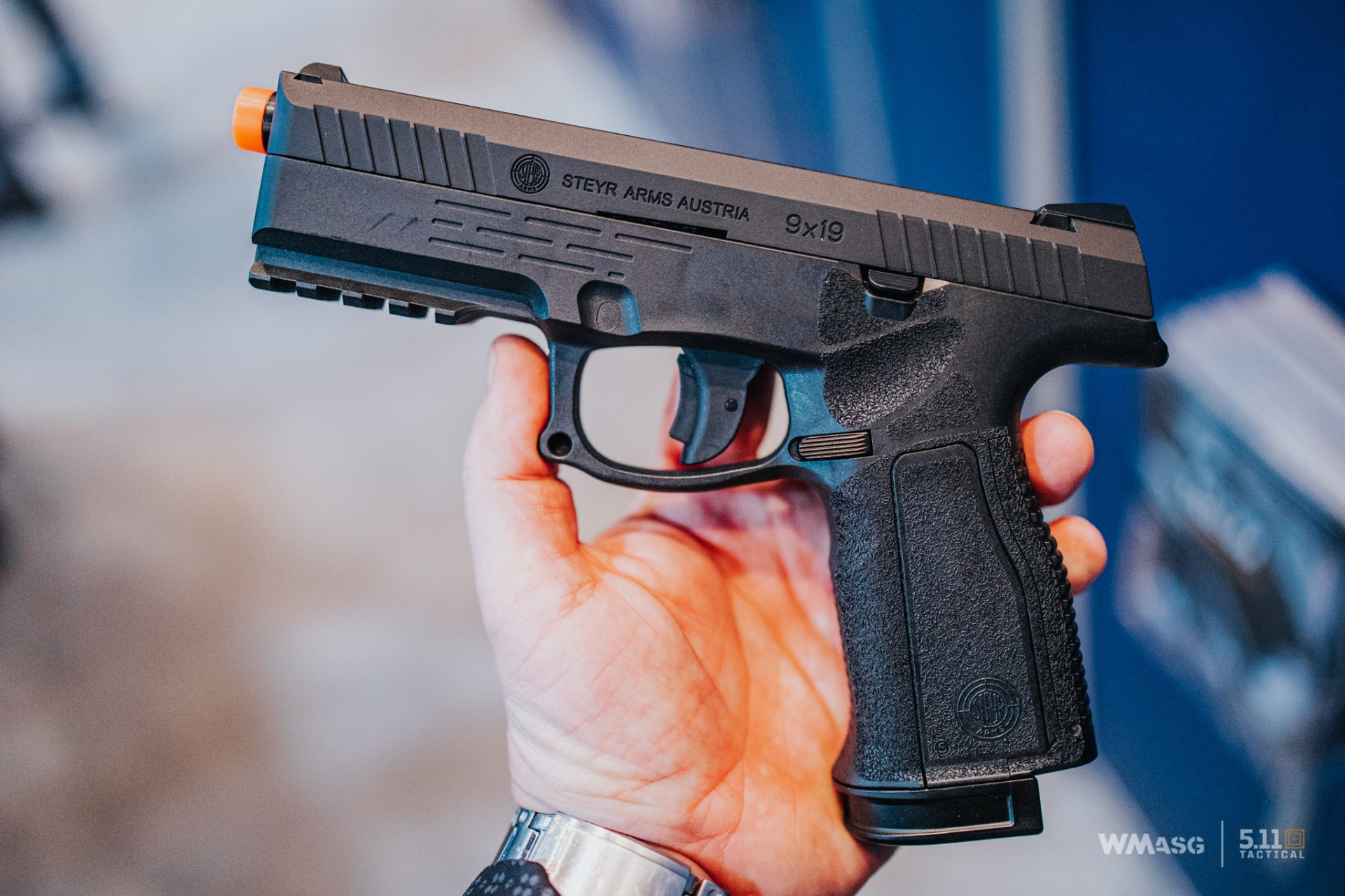 The main features are similar to the CZ P10C described above. In addition, the possibility of adjusting to the user through interchangeable side and rear grip panels has been thought of. 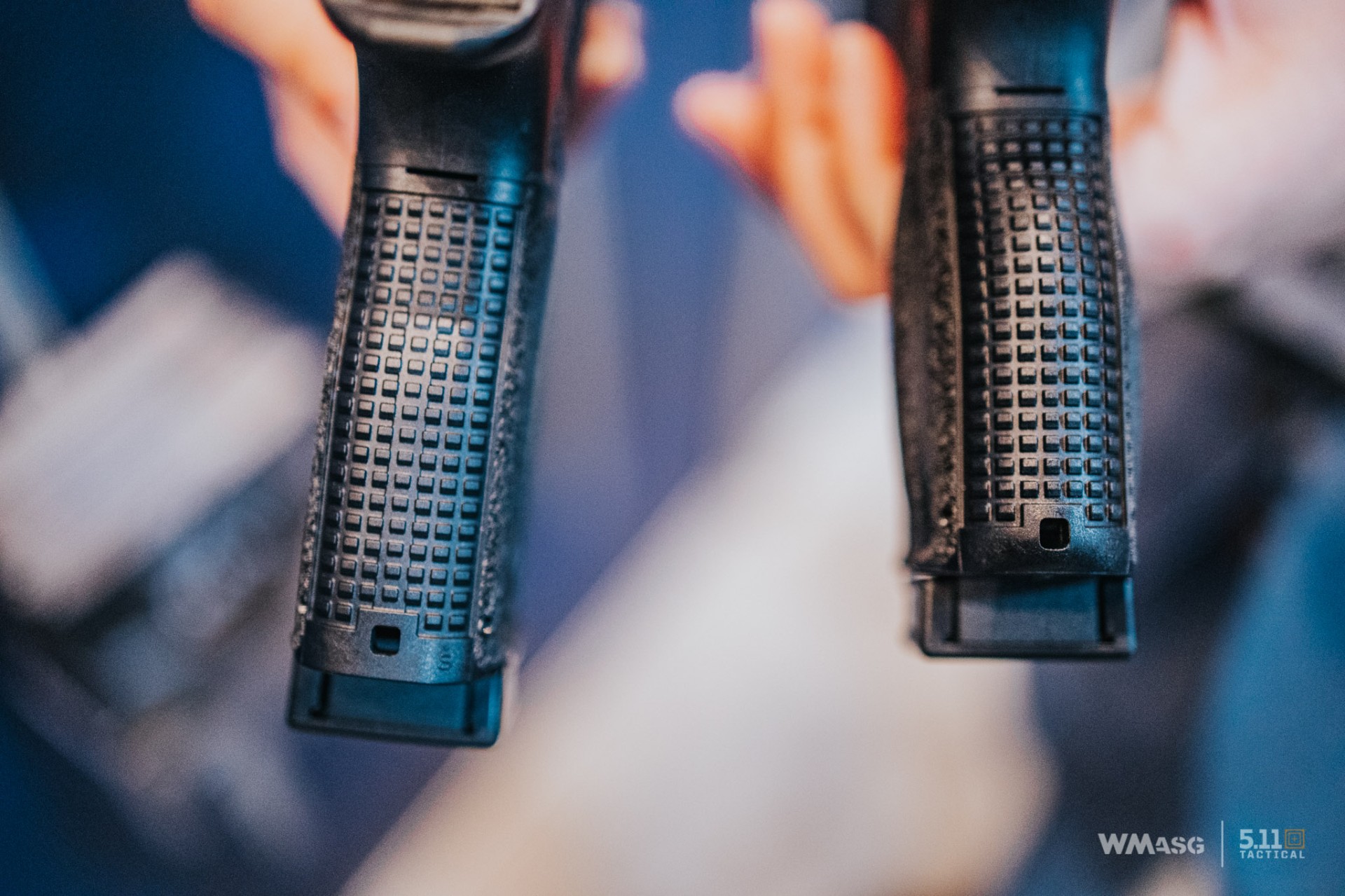 The power supply is to be CO2 by default, and Green Gas magazines are to appear some time after the release. The last announcement is the long-awaited replica of the APC 556 carbine by B&T. 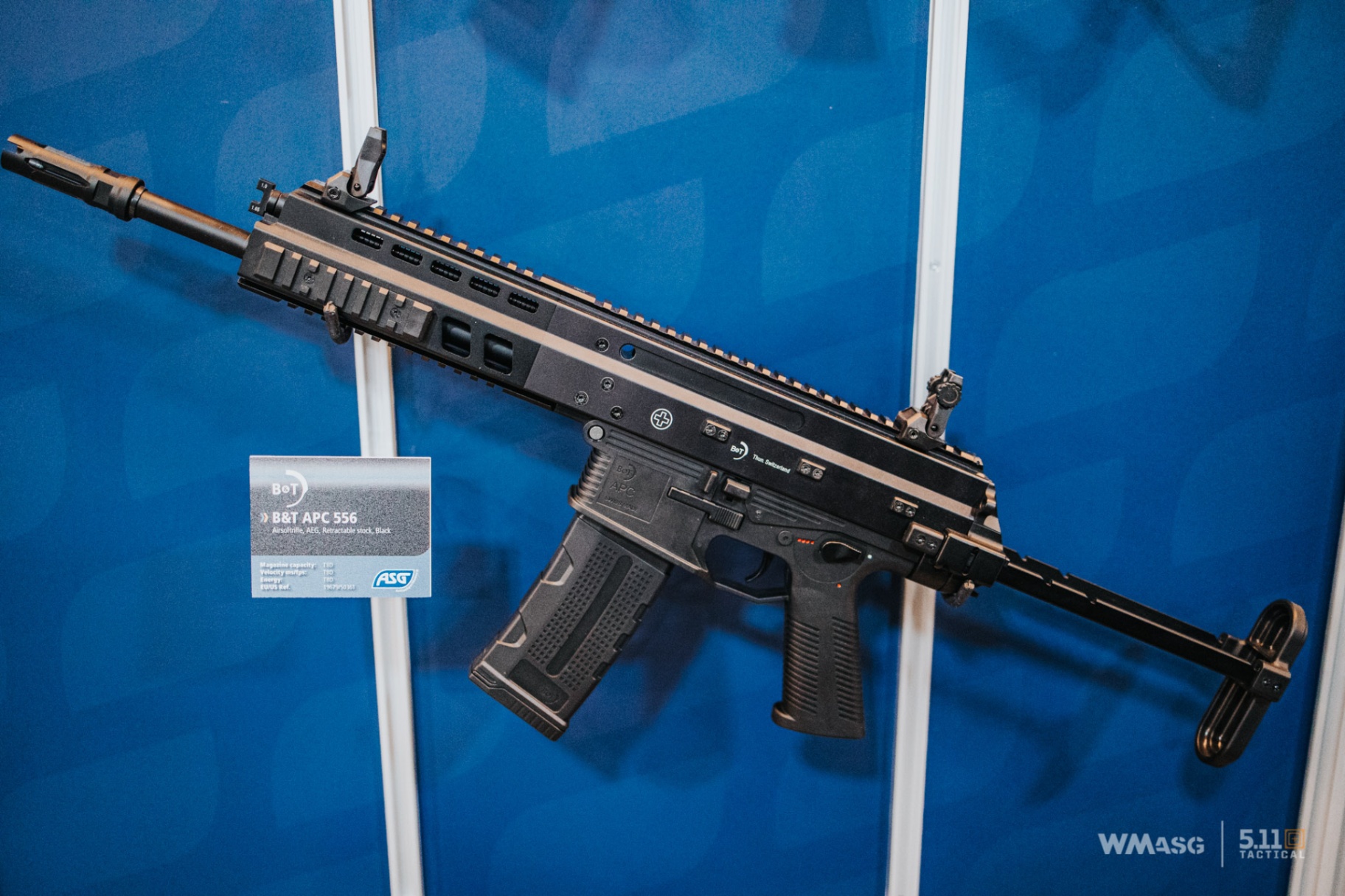 An interesting alternative for an unusual replica feed by AR-15 magazines. Made of polymer (lower receiver) and metal (upper receiver) it will be available with a sliding or side-folding stock. 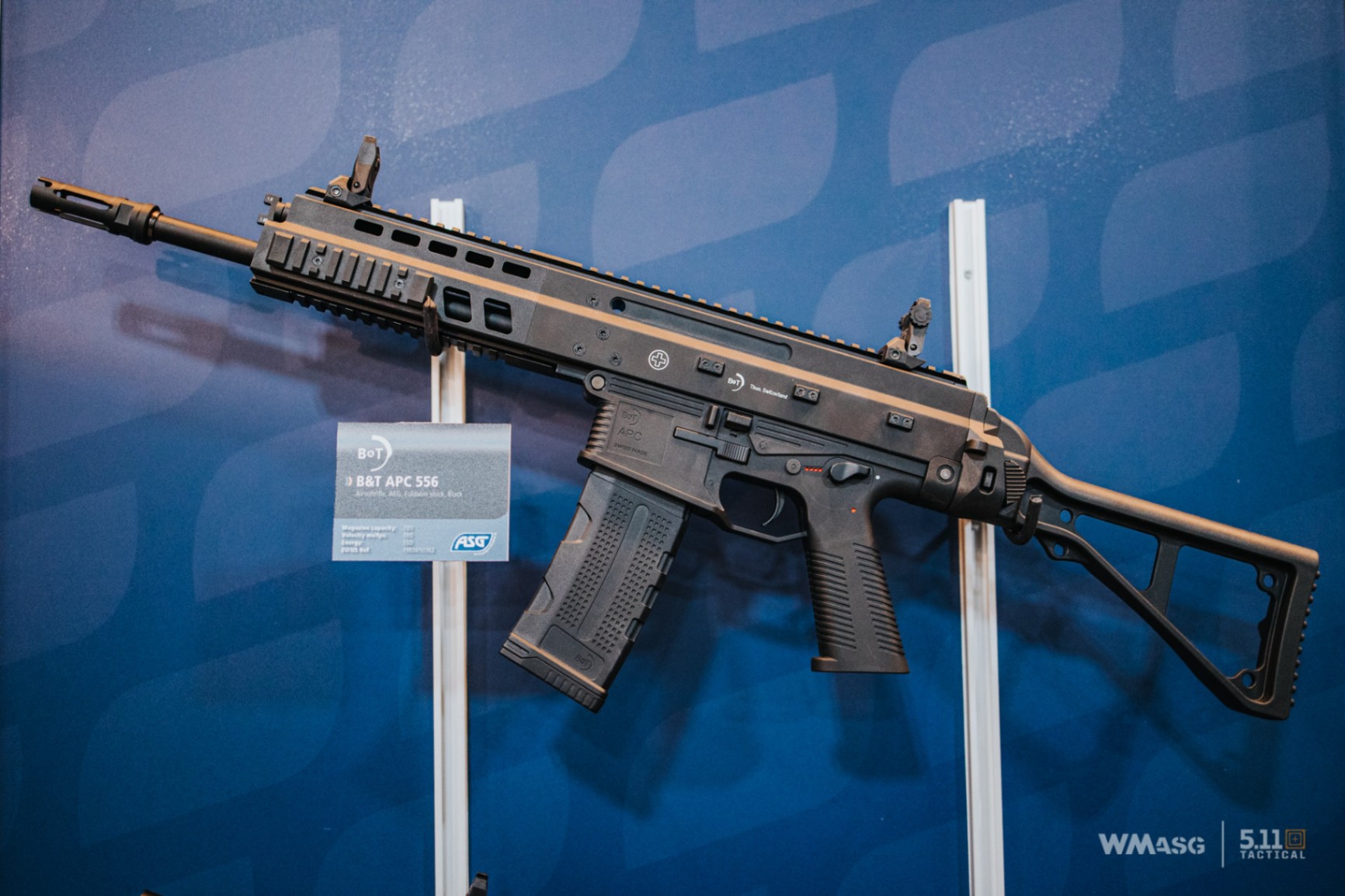 Internal parts are supposed to be standard, with some improvements borrowed from previous replicas.