For those of you who think they have already seen everything, BrickWurX Manufacturing has prepared a carbine that is a hybrid weapon with lever action lock based on AR-15 parts.

The Red Ryd-AR, like the whole company, was created as a result of the hobby of BrickWurX founder, John Brickey, who deals with graphic design and commercial art on a daily basis and, as a hobby, runs a design company with his brother and father. The scope of work of the latter ranges from prototyping, through making firearms and custom motorcycles. 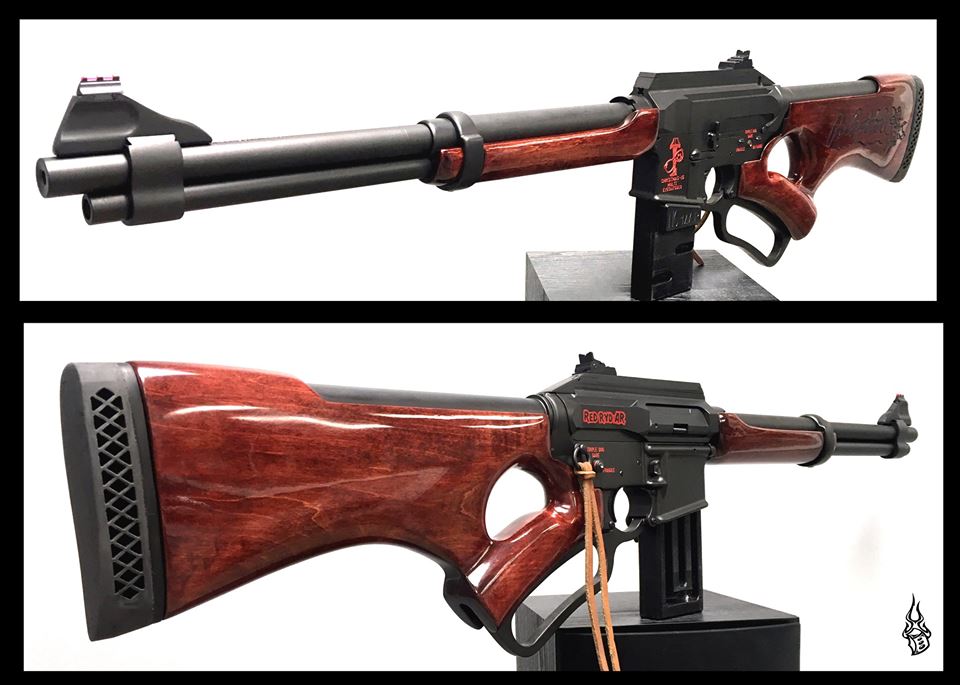 The Red Ryd-AR was created based on the AR-15 lower receiver from the Palmetto State Armory, which is gaining immense popularity (due to the quality/price ratio). Originally, the lever replaced only the charging handle, but during the development of the design it turned from a semi-automatic, into a lever action operated carbine. 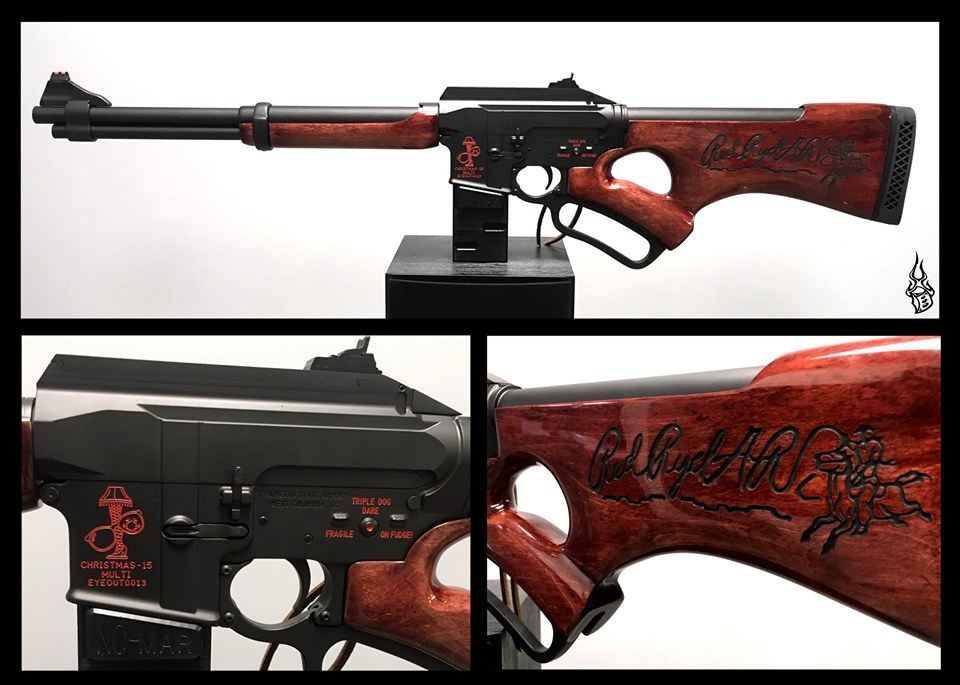 As the creator admits, the carbine is a project created for fun and does not offer any advantage over the traditional Stoner carbines, maybe except if, for legal reasons, in some states access to the AR-15 is restricted due to i.e. local hunting law.

The weapon is chambered for the .223 Remington (5.56 mm NATO) ammunition feed from standard AR magazines. The barrel was equipped with a .223 Wylde chamber, which easily accepts both types of ammunition. A version chambered fort the .300 Blackout (7.62 x 35 mm) ammunition remain on the concept phase.

Ultimately, the carbine is to be sold as a conversion kit that does not require special tools, along with appropriate templates and set of instructions. Wooden parts will be replaced with polymer ones due to the cost and ease of production. The Red Ryd -AR project is currently in the final phase and solutions used are waiting in line to the patent office. 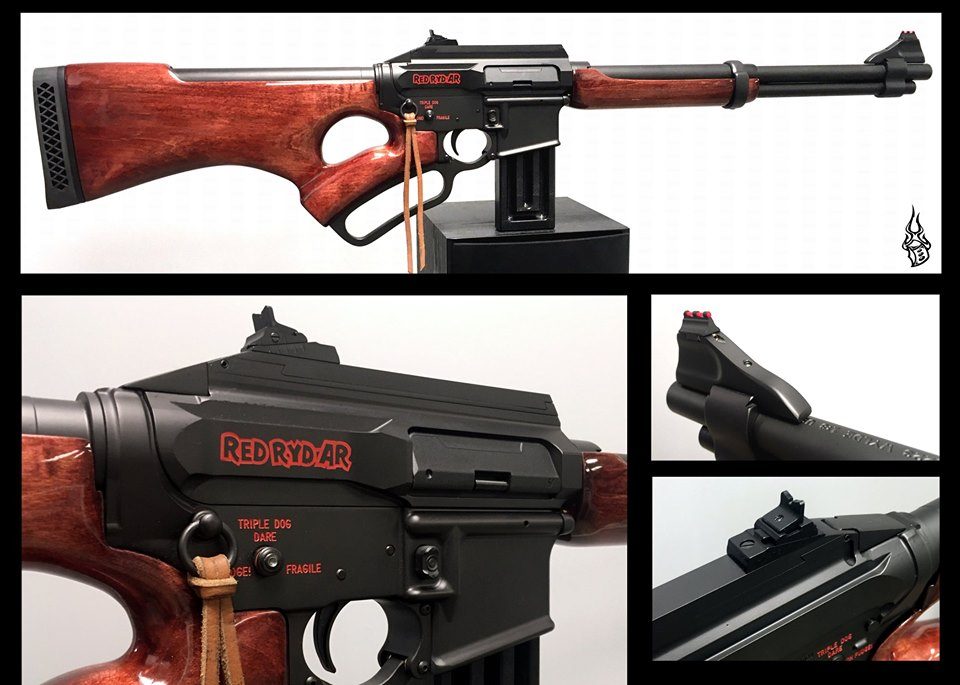