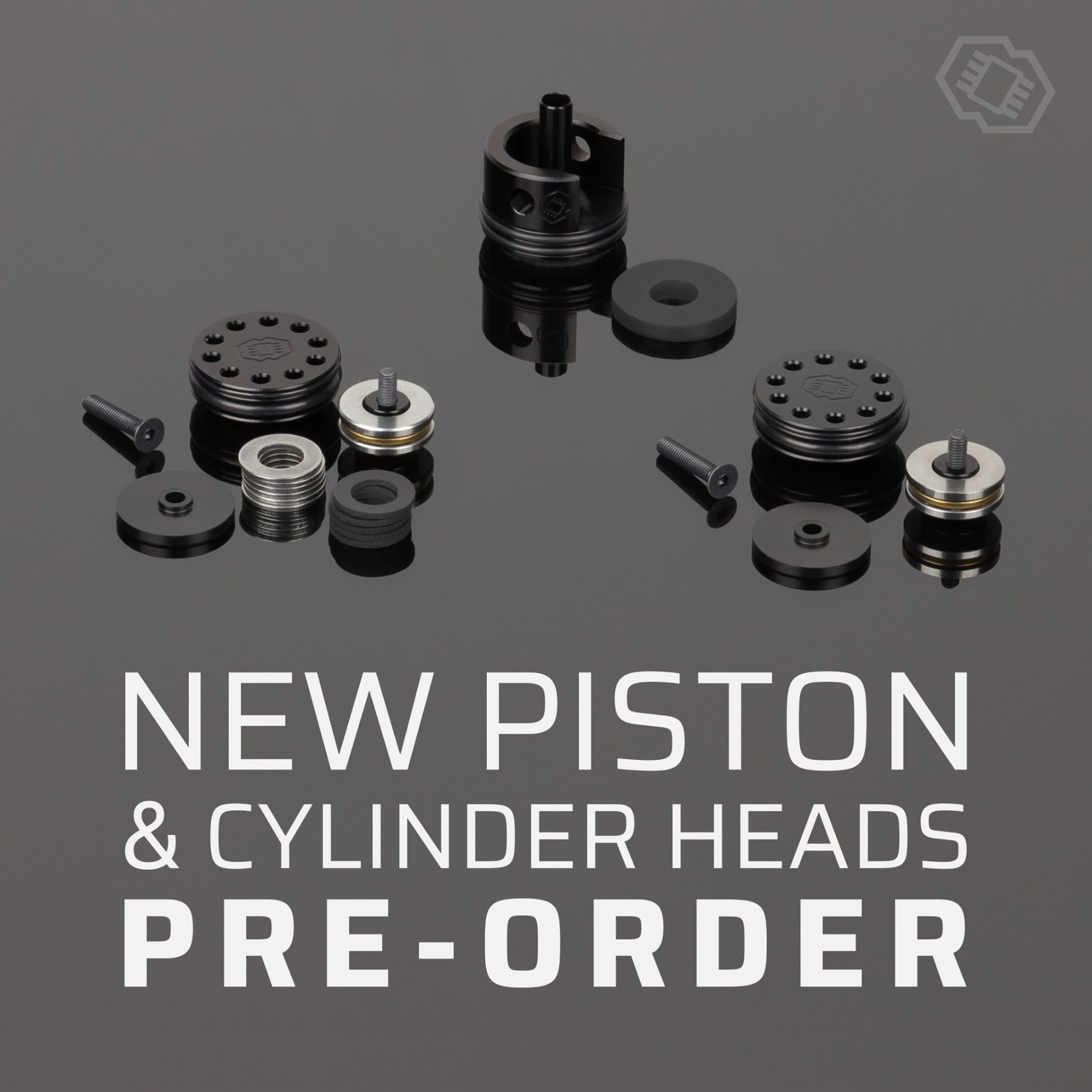 Gate company's offer will be soon expanded with internal parts for AEG replicas. Currently, only three new products, two piston heads and a cylinder head, have been announced. All are to be made on CNC machines. 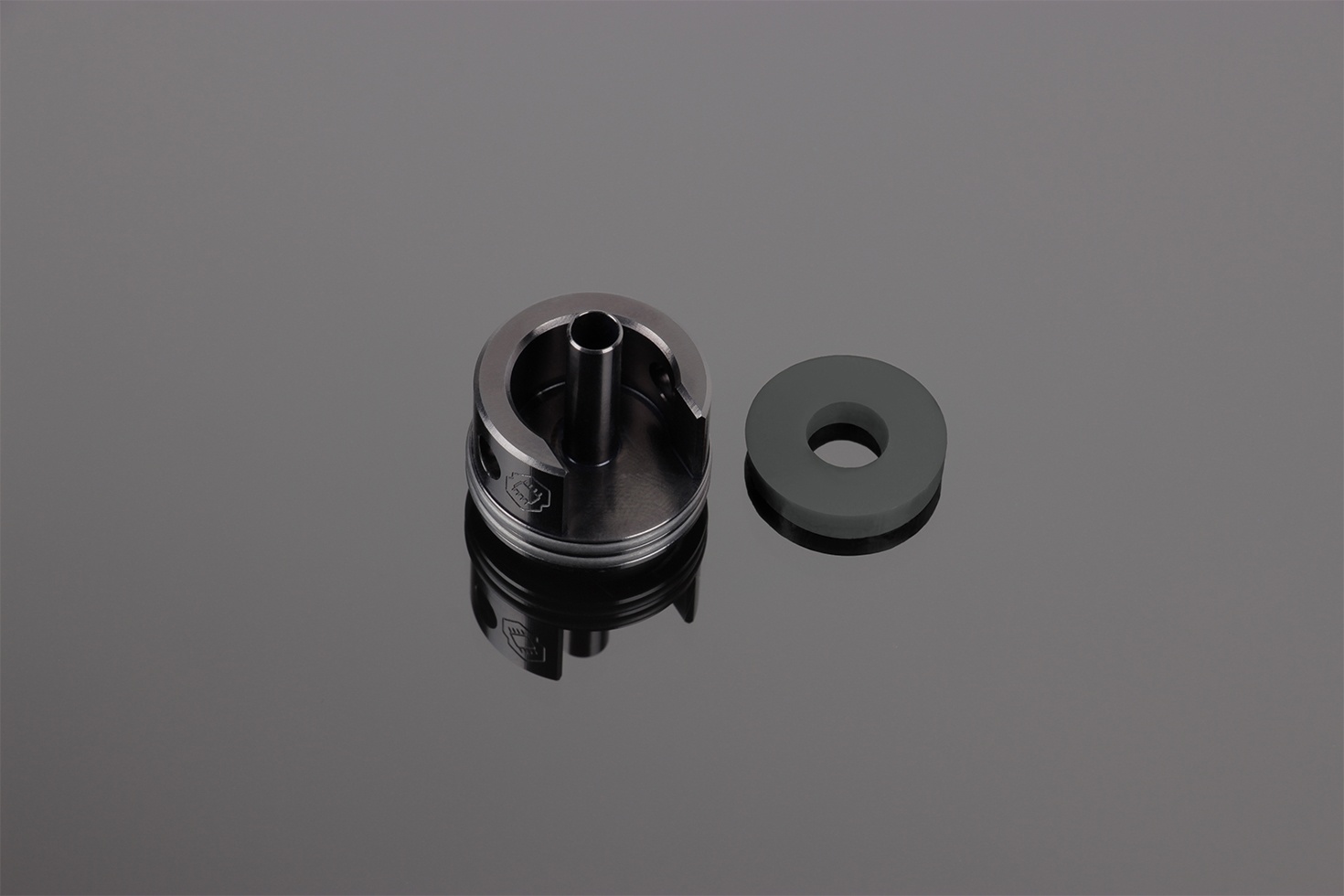 The PROTECTOR cylinder head is to be made of aviation grade aluminum, have a double seal, and the set is to include two buffers of different hardness for a proper fit. Due to the precise manufacture, the connection of the head with the nozzle is to be very accurate and is to eliminate the problem of uneven performance caused by the nozzle being lifted by fully loaded mid-caps. 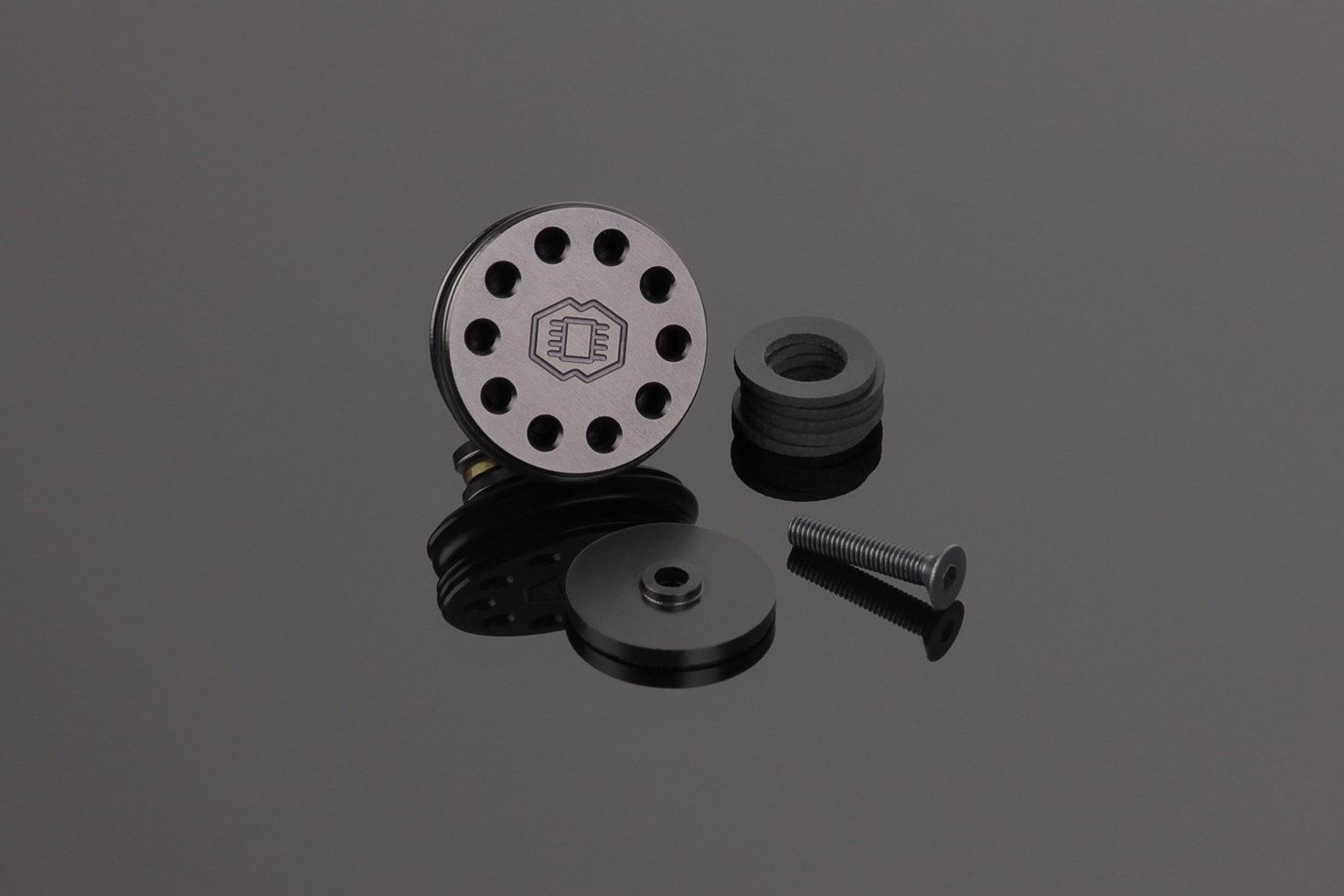 The HYBRID piston head is dedicated to replicas using heavier BBs. Similarly to the PROTECTOR head it is to be made of aviation grade aluminum, weighing 4.6 grams without a bearing or additional weights (yes, this head is factory-adapted to the use of weights, which are added to the set). In addition, the set also includes AOE correction pads. There is a space for weights in the head, so it is possible to use both weights and pads at the same time without any problems. 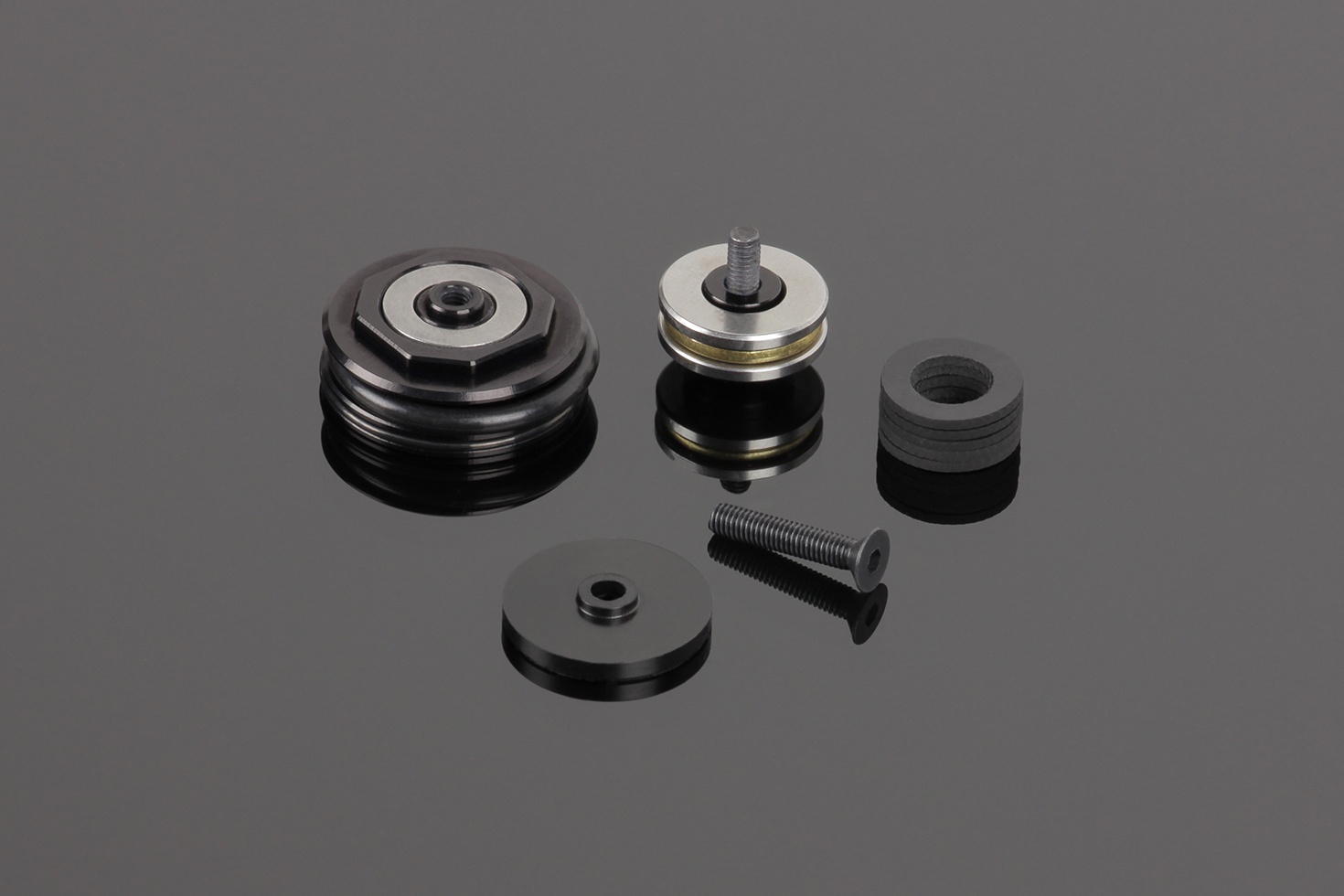 One should also not worry about additional screws, because the set comes with two different lengths, screwed in with a hexagonal wrench head. The head itself is to have 10 large vents and a double O-ring to protect the cylinder against scratches. 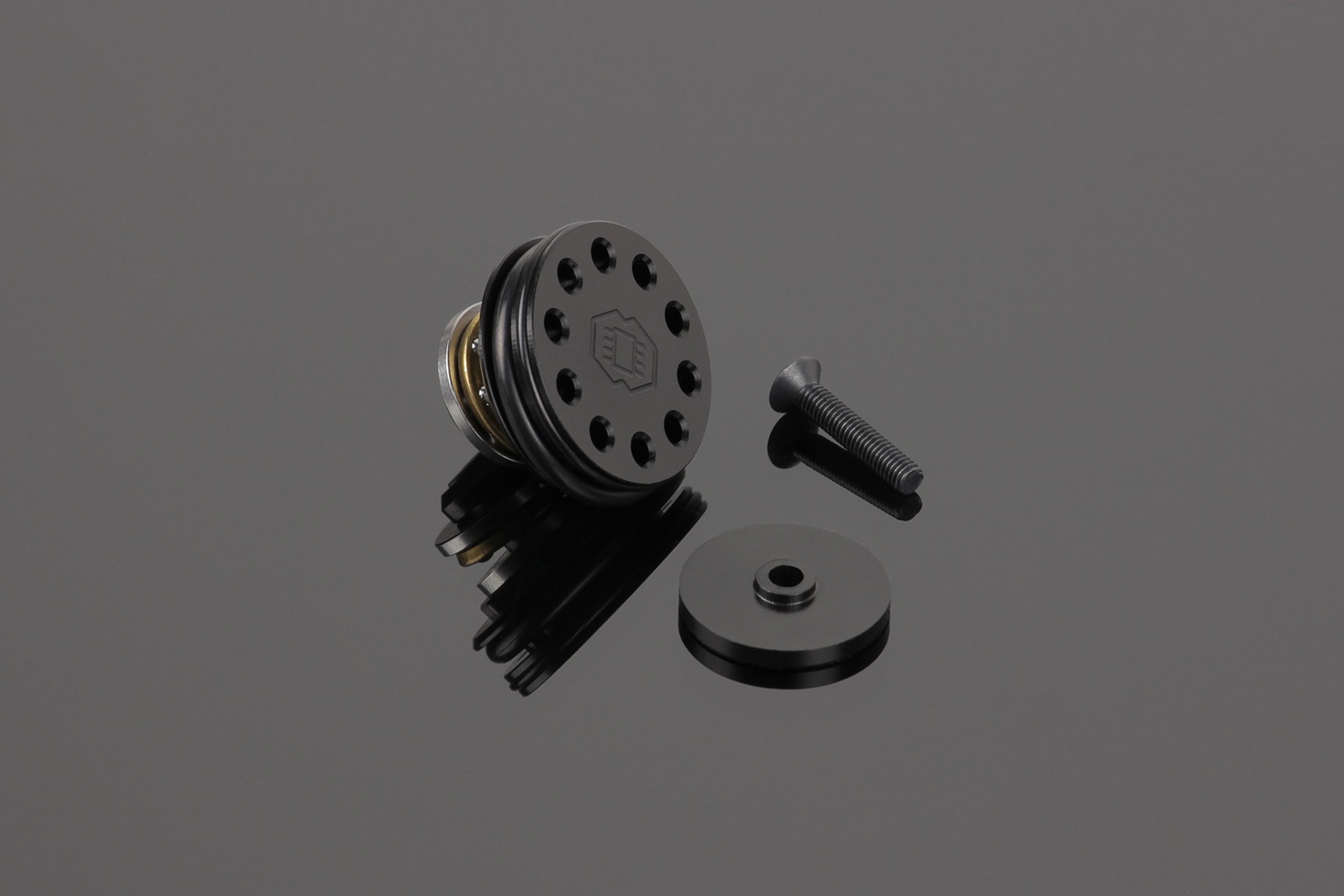 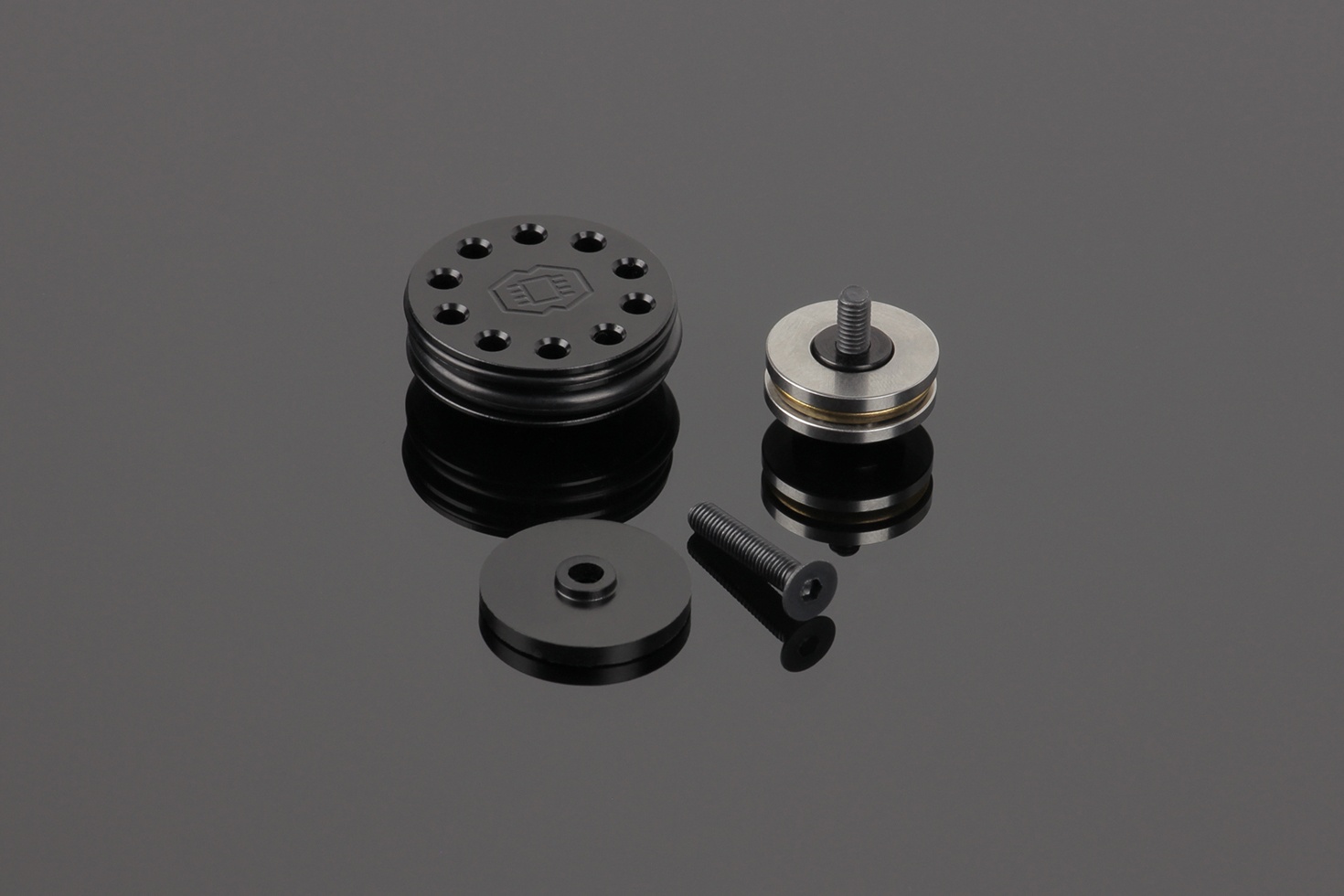 The last product is the HIGH-SPEED piston head made of very light POM material. Its weight is to be 2.7 grams without a bearing, which, according to the manufacturer, is ideal for replicas with a fast cycle, such as ones used in  DSG or speedsoft. The head is to have 10 large vents, a double O-ring to protect the cylinder against scratches. The manufacturer declares that the head will withstand springs up to M140. The set with this head includes an AOE correction pad and two screws of different lengths with a hexagonal wrench head.
All of the above products are already available for pre-order and their price is 79 PLN (around 17 EUR) for the PROTECTOR cylinder head and the HIGH-SPEED piston head and PLN 89 (around 19 EUR) for the POWER HYBRID head. The shipment of products is announced for December 9. Orders can be placed at GATE's website.

The production of cylinders was also announced. The production itself is to take place at the company's headquarters in Krakow, for which the manufacturer should be praised.
Additionally, we can say that work is underway on the GATE STATUS on-board computer for HPA replicas. But more on that soon, maybe.