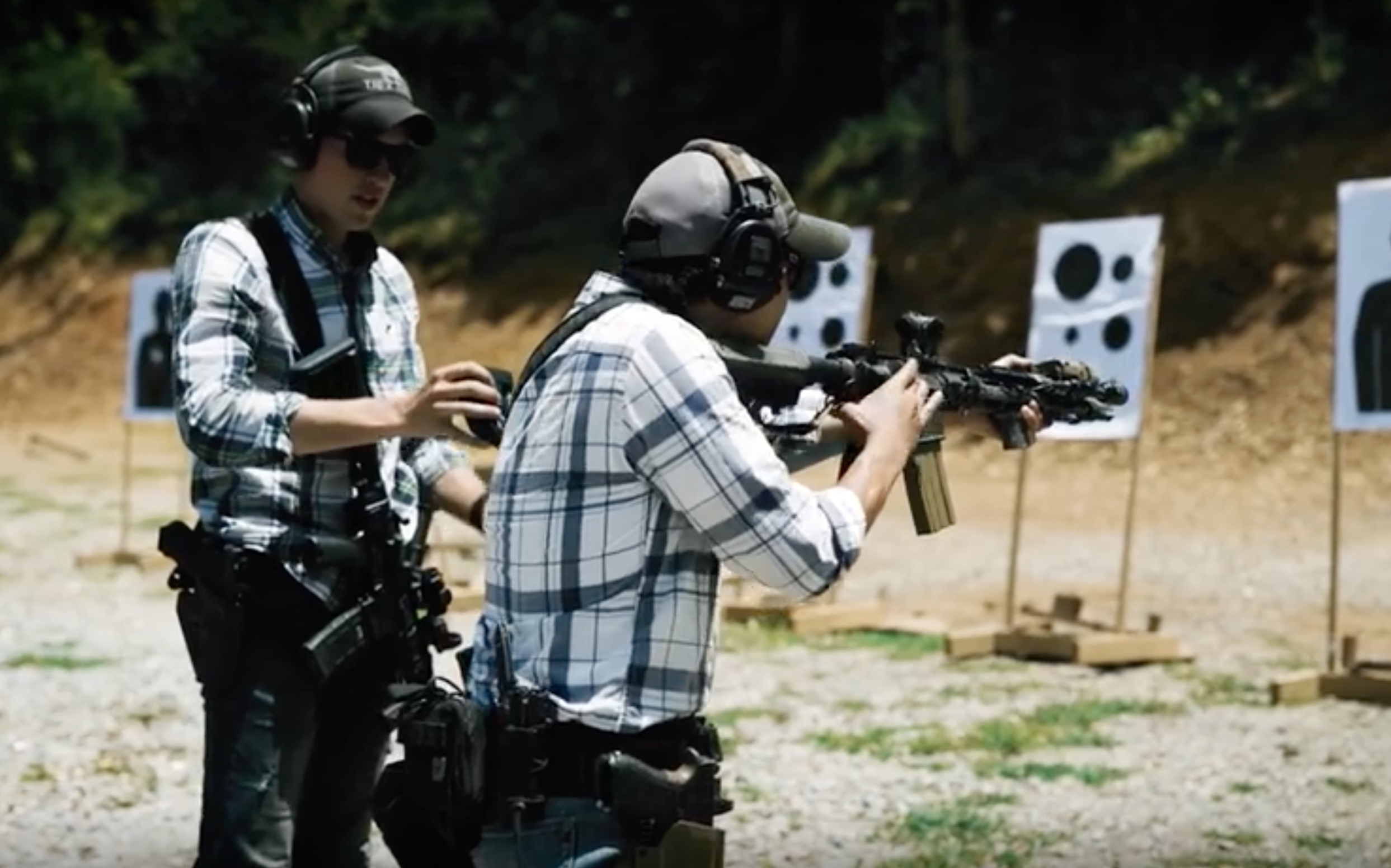 COMMENTARY: Airsoft vs firearms in relation to skills

In recent days a video by T.REX Arms staring Liku, a Japanese airsoft player active on Instagram, stormed through the industries' media, mainly the social ones. The video's purpose was to give an answer to the question weather experience gained from shooting from an airsoft replica can have a positive effect when switching to real firearms. The time has come to write our comment.

What is interesting, not only the airsoft community fell into a kind of frenzy, but the video has also spread widely through shooting discussion groups. Some representatives of the latter group usually still depreciates airsoft, leaving it in the area of toys and Sunday passtime for big children. The usefulness of airsoft in the broader aspect is usually questioned and this stance is supported by the obvious differences between an airsoft replica and a firearm and above all the shooter's experiences during the use of both of them. What's more, there are many voices suggesting that many bad habits are acquired while playing airsoft. However, this is not as black and white as it may seem.

The video above shows airsoft in a attractive way, as a potential preparation for shooting with a real gun. A Japanese man invited to the US quickly learns instructions and makes progress in firing an assault rifle, which he apparently holds in his hands for the first time. Well ... WMASG is a medium grown on the basis of the airsoft community, but we approached this video with a good dose of reserve. Not out of spite, not an inborn one anyway but out of decency and because of the fact that some of us already have some experience in both airsoft and firearms. Moreover, this topic is not new too us and come up from time to time on various occasions.

As people who have some years of experience with firearms, we have an opinion and even "lobby" in it our own way, that using airsoft replicas as part of shooting training is a good thing. This was the genesis of airsoft but its form was slightly corrupted over the years. Currently, there are many excellent sport shooters with champions titles in dynamic shooting, who come to this sport from, e.g. Marcin Nowak, Tomasz Kosiński, Szymon Jarosiewicz, Bartosz Szczęsny, Celina Pawlik, Marcin Gałązka, and the list goes on and on. The instructors of situational and tactical shooting who gather great reviews (e.g. DTF Solutions) were also starting with airsoft replicas. Many training instructors of officers of various police and military formations also use or used airsoft replicas (e.g. the Jaco Fire School) as their training courses components. Replicas are used worldwide for Force on Force training. During one of our conversations with representatives of the Polish Army Land Forces Academy in Wroclaw, the officers praised airsoft replicas as an element of training soldiers because using them was free of cumbersome legal procedures, gave the opportunity to conduct training in very different conditions and places. For the same reason, some sport shooters buy airsoft replicas of their firearms so that they can practice various drills in the comfort of their homes.

I remember very well how many years ago I had my first serious contact with a firearm as an airsoft player, how many things seemed simple at the time. For people who have gas powered replicas, compared with owners of AEGs and even PTWs, even more things are obvious, because all the manual operations you have to do are almost 100% analogous to a firearm.

As a safe training of handling and drill elements outside the shooting range, and even more so among beginners, an airsoft replica will be great, but there is no point in deluding that it will fully replace proper training and proper habits acquired during it. An airsoft replica will also work as an part of tactical training, mainly Force on Force, because it often works better compared to other training tools due to formalities and cost. However, it will not replace this training as a whole, if only because of the low range and repeatability of shots of airsoft replicas.

What about people just practicing* airsoft? Everything will depend on their approach and treatment of an airsoft replica. To some extent, airsoft will be a natural preparation for using firearms if we treat an airsoft replica as a replica of a firearm and we remember about it during a game, just for our own sake. Starting from following the, so often marginalized, safety rules, acquiring a correct shooting stance, aiming, through "trigger discipline" to "manual operations". This does not mean, however, that you become "... Better trained than many regular soldiers"…

Mostly, however, the stereotypical, loose approach to airsoft dominates, which is only a temporary stepping stone with an injection of adrenaline from everyday life. The average player does not pay excessive attention to the shooting stance, because a replica does not generate recoil. For the same reason, he/she does not hold a replica properly to control it, nor does he/she aim in a proper way because in the aim can be corrected looking at the cloud of BBs flying out of the barrel towards the target, and the highest possible velocity and power will seemingly deal with any issue. In this case, the grounds for an easier transition into firearms is highly debatable.

So everything depends on what an airsoft replica is for its owner. In our opinion, it is only a tool in achieving a goal. It can be both a "composite spitter" used just for fun, as well as one of the tools used for preparatory training. The star of the above mentioned video, Liku, is not an average airsoft player. Liku trains time trial situational shooting and uses gas-powered replicas. The manual operations is perfectly mastered and it shows from the first minutes. That's why he did it so well. Certainly, it can also be a natural talent. Above all, however, training makes perfect, and how many of you actually train?

It was supposed to be short but it turned out a bit longer and this obviously does not exhaust the topic. I invite you to share your thoughts. I refrain from engaging in discussions on Facebook pages, so I took the opportunity to share my observations here. The above text is a subjective assessment of the author, based on nearly 20 years of his own observations of the phenomenon of airsoft and the community gathered around him.

*) For a long time, airsoft has been talked about as sport, but most of the old guard will probably agree that airsoft is not practiced like any other sport. It is a much wider passion and a very diverse one, in which airsoft replicas are only an element or even very often one of the stages.