For several months, the FREE K4 folder has replaced the FREE P4 multitool in your pocket. Was the experiment successful? An unusual folder by Leatherman.

The market of knives and multitools is growing dynamically and companies that have gained recognition in one field are increasingly willing to try their luck in segments that are new for them. It is no different with Leatherman. Just over a year ago, this multitool progenitor, well known to everyone, that has countless models and variants in their offer, presented something completely new to the world. The FREE series, based on an innovative technological solution that uses a magnet, which is new for this type of tool, but it also introduced another new product to the offer: pocket knives and folders. In addition to an elegant multitool (the FREE P4 model, which we have reviewed a year ago - LINK), two non-multitool models have appeared: the FREE T models (T2 and T4, which have also been reviewed by - LINK) and the FREE K, which I have been using for several months. It replaced the P4 multitool in my pocket. Was the experiment successful? 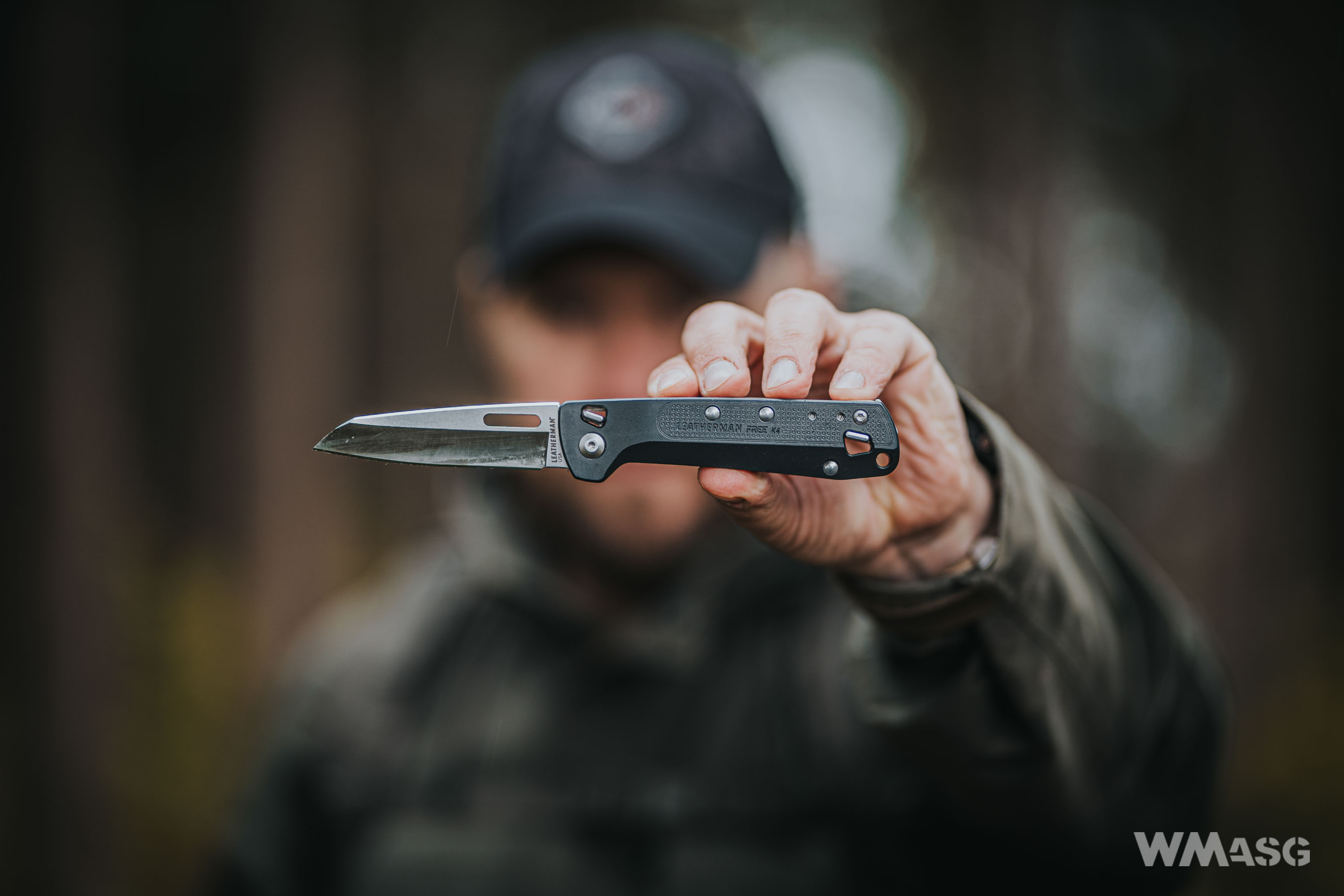 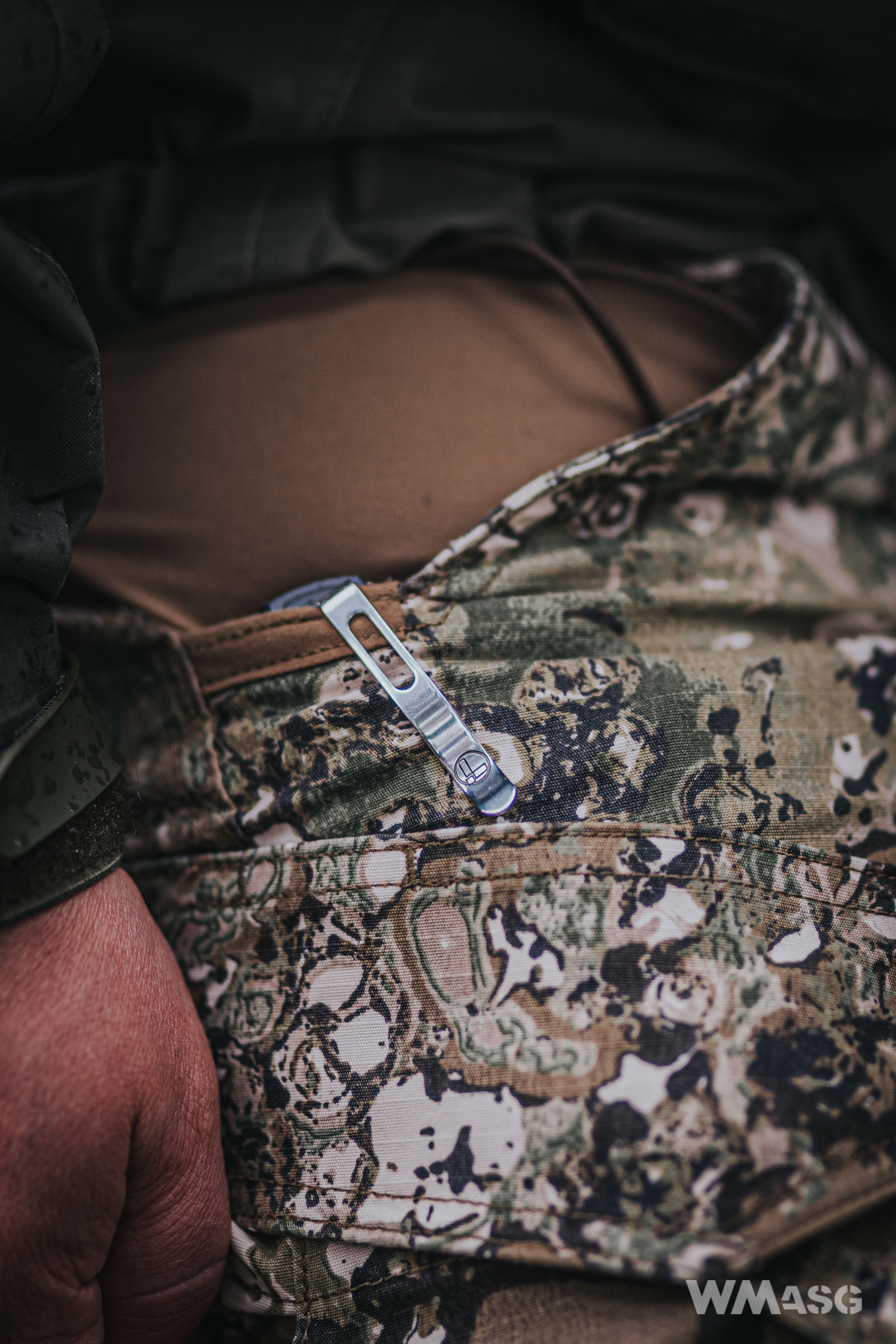 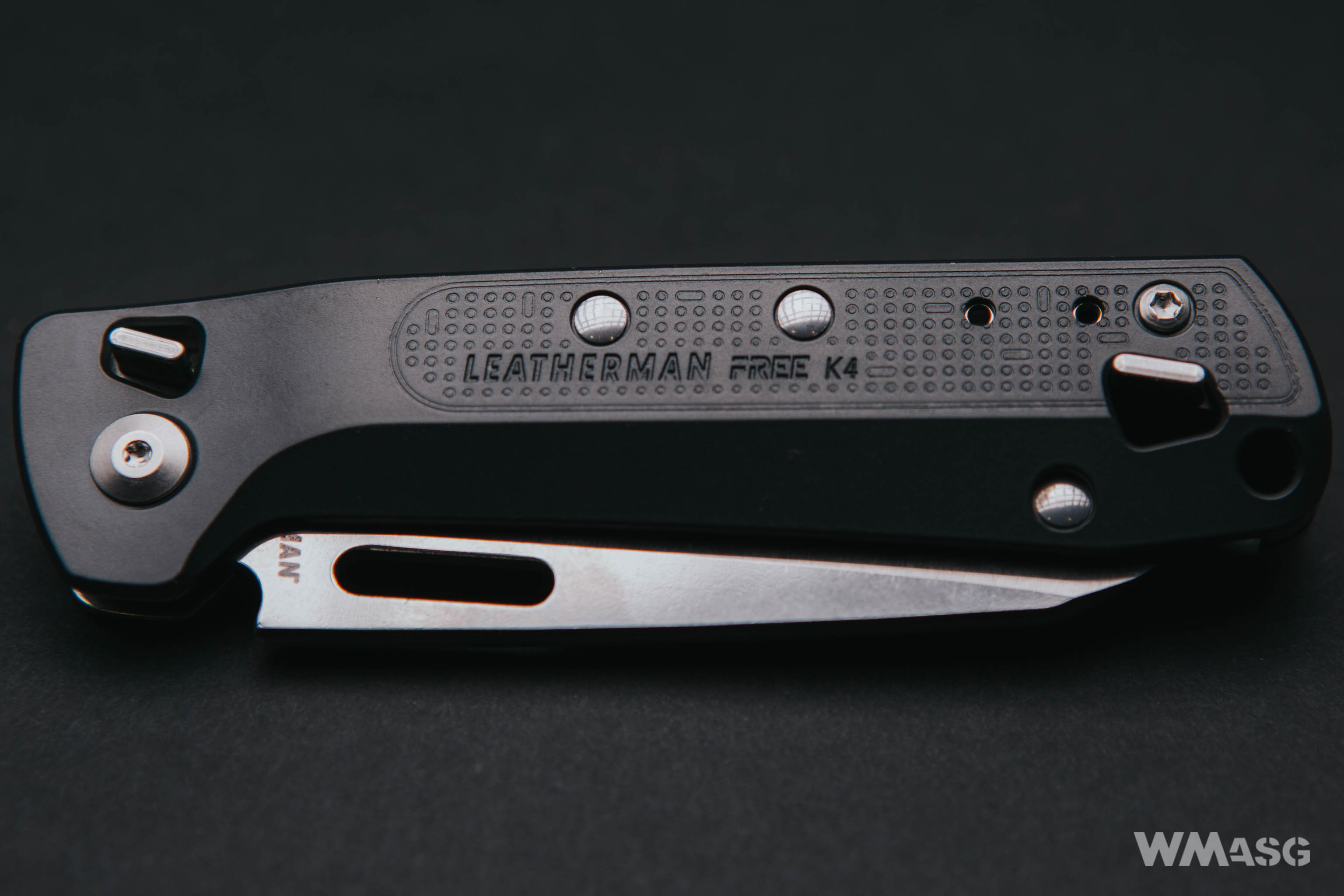 Theoretically, the model K should be approached as a folder, but due to the presence of additional tools in it, it is not a classic folder. Treating is as a folder is easy, thanks to a long, sharp and easy to draw blade. This perception is, however, disrupted by the presence an additional set of 3 or 4 tools, depending on the version. The choice of tools is otherwise very thoughtful. Therefore is a little bit of both a folder and a a penknife. 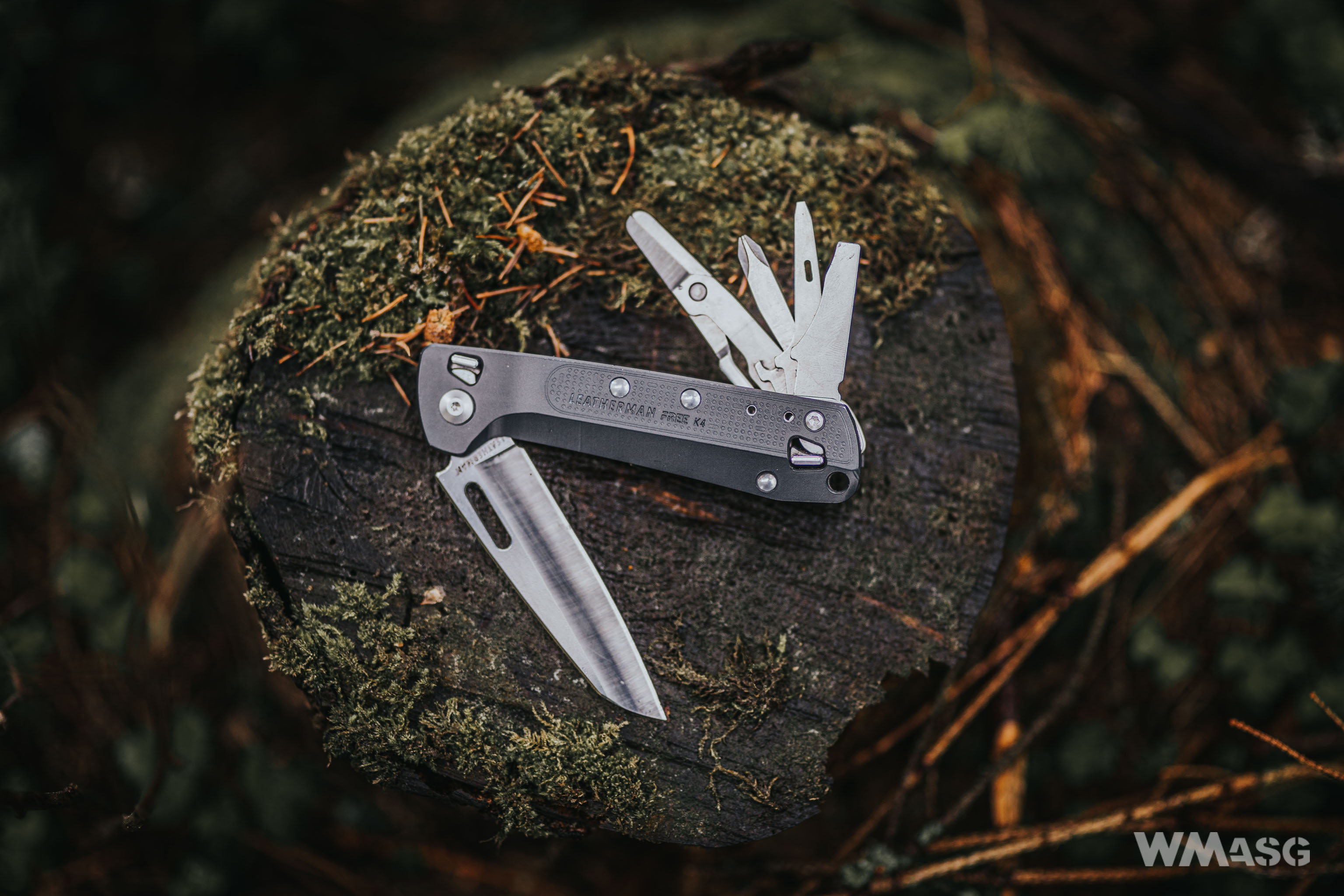 In the K series we have a choice of two lines that differ with two characteristics: the finish of the lining and the blade. The line with "X" at the end of the model name is characterized by a combo blade that is partly serrated, to facilitate rope cutting and has a "metallic" finish on the linings (natural aluminum). The model K4 described here (without the "X") has a plain (smooth) blade and its aluminum linings are finished in dark gray. Recently, Leatherman hinted its intention to introduce more colors of the linings to choose from. Unfortunately, the linings are permanently riveted, so "changing the skin" is not an option. 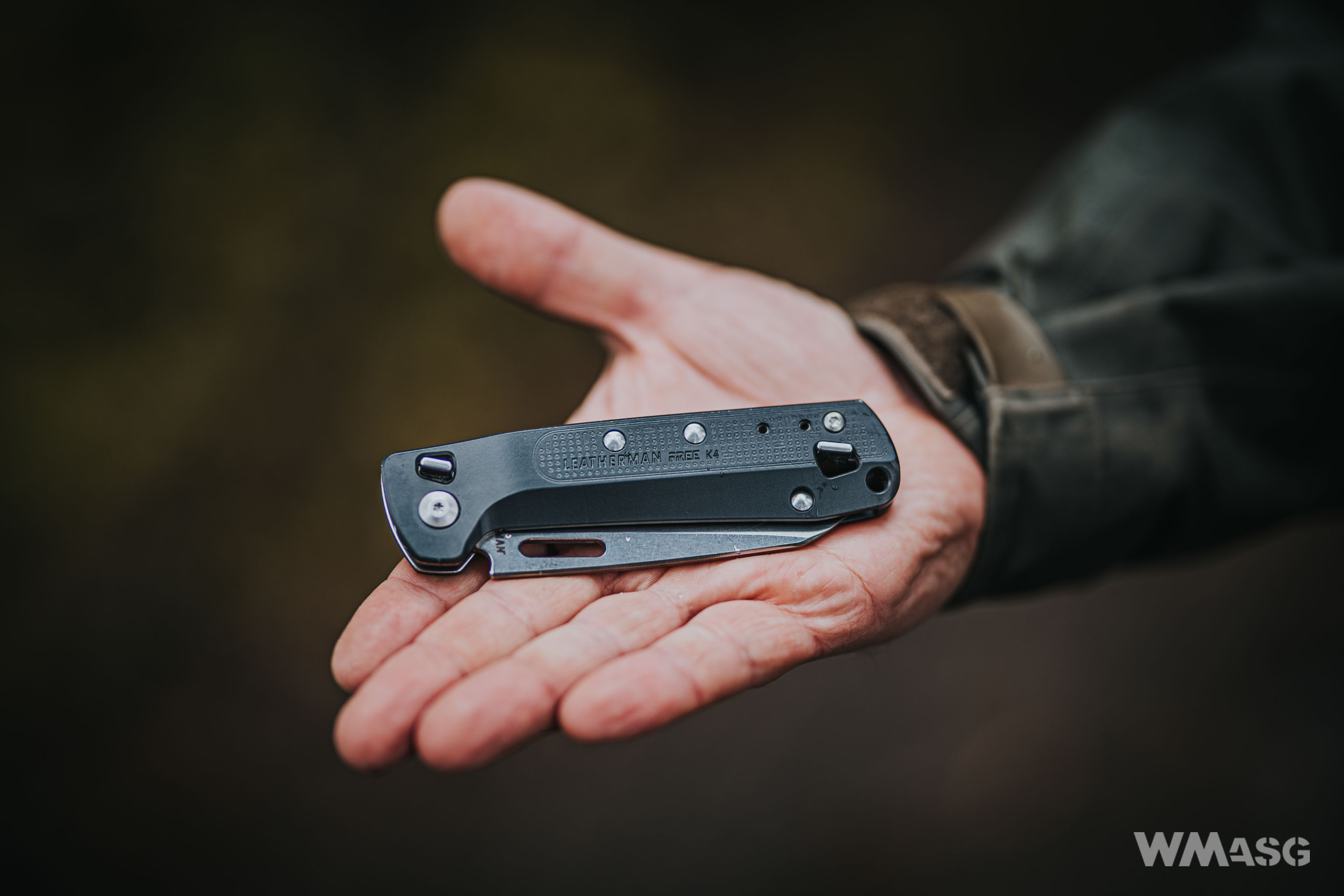 After unfolding the blade, the aluminum lining (and at the same time, in terms of its function, the shape of the knife's handle) are ergonomically profiled, although at first glance this is not so obvious. While being used, the K4 is slim and fits in one's hand very comfortably. The coating is pleasant to the touch and is not slippery (although I would personally prefer plain aluminum, like in the K4X, but with the non-serrated blade). The coating seems to be durable, but don't be fooled as it will become dull over time. The front part of the facing uses grooves to improve the grip during cutting, but in practice I think they were made for more aesthetic than practical reasons. In the case ofmy medium-sized hands when cutting, the thumb (or, depending how I cut, the index finger) naturally lands further towards the blade. From the bottom, however, the profiling of the linings creates something in a form of a handguard, thanks to which the risk of sliding your hand on the cutting edge of the blade is minimal. The grip is very secure. Fans of additionally securing a knife with a rope or attaching "tactical" ornaments to it will enjoy the hole located at the back of the lining. 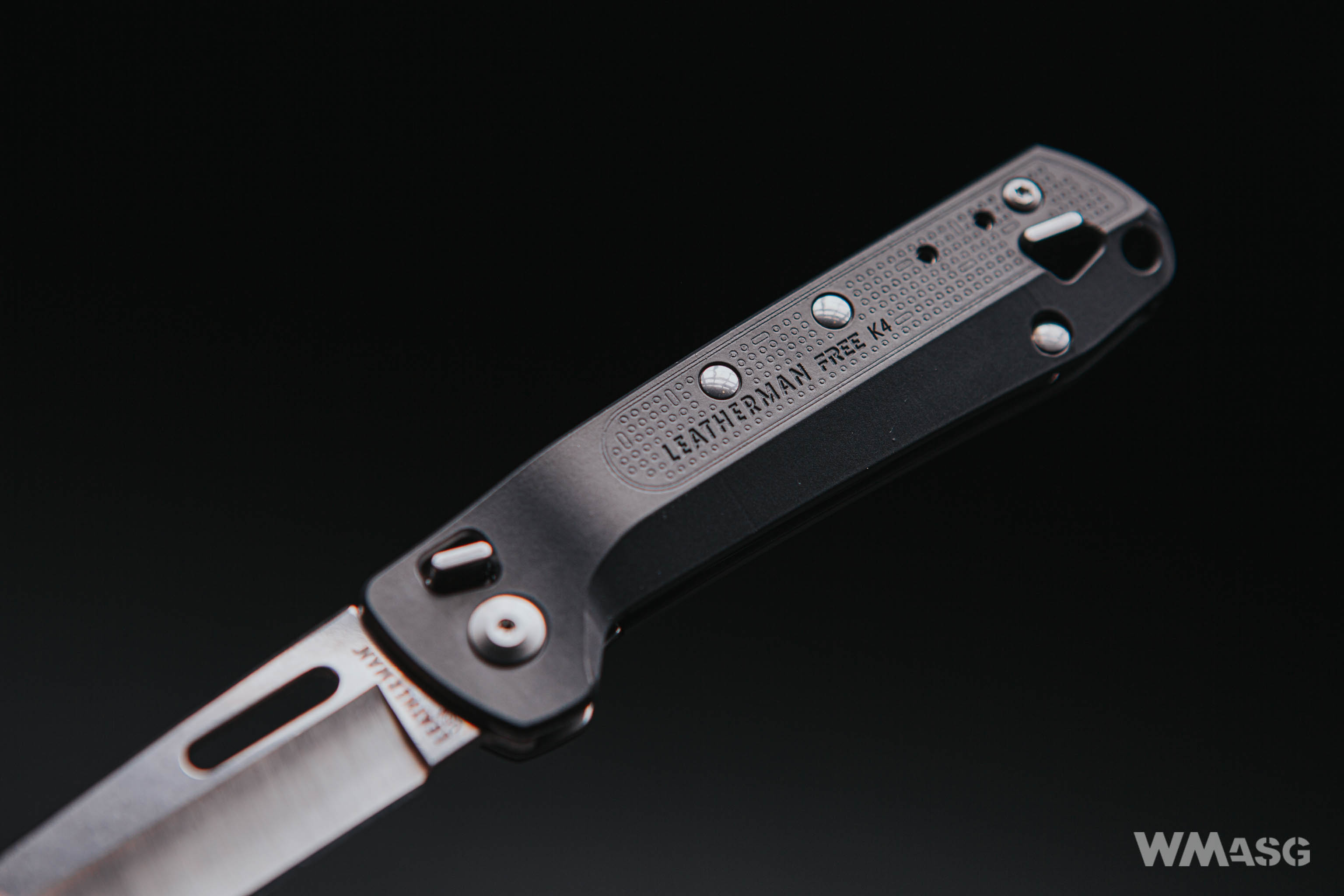 As one of our editorial colleagues noted, for some people, a protruding clip may be a problem during work. The clip is the same massive one previously known from the FREE P2 and T4 models. Personally, however, I absolutely did not feel any nagging discomfort because of it. It's just there. The clip can be unscrewed and placed on either side of the folder. 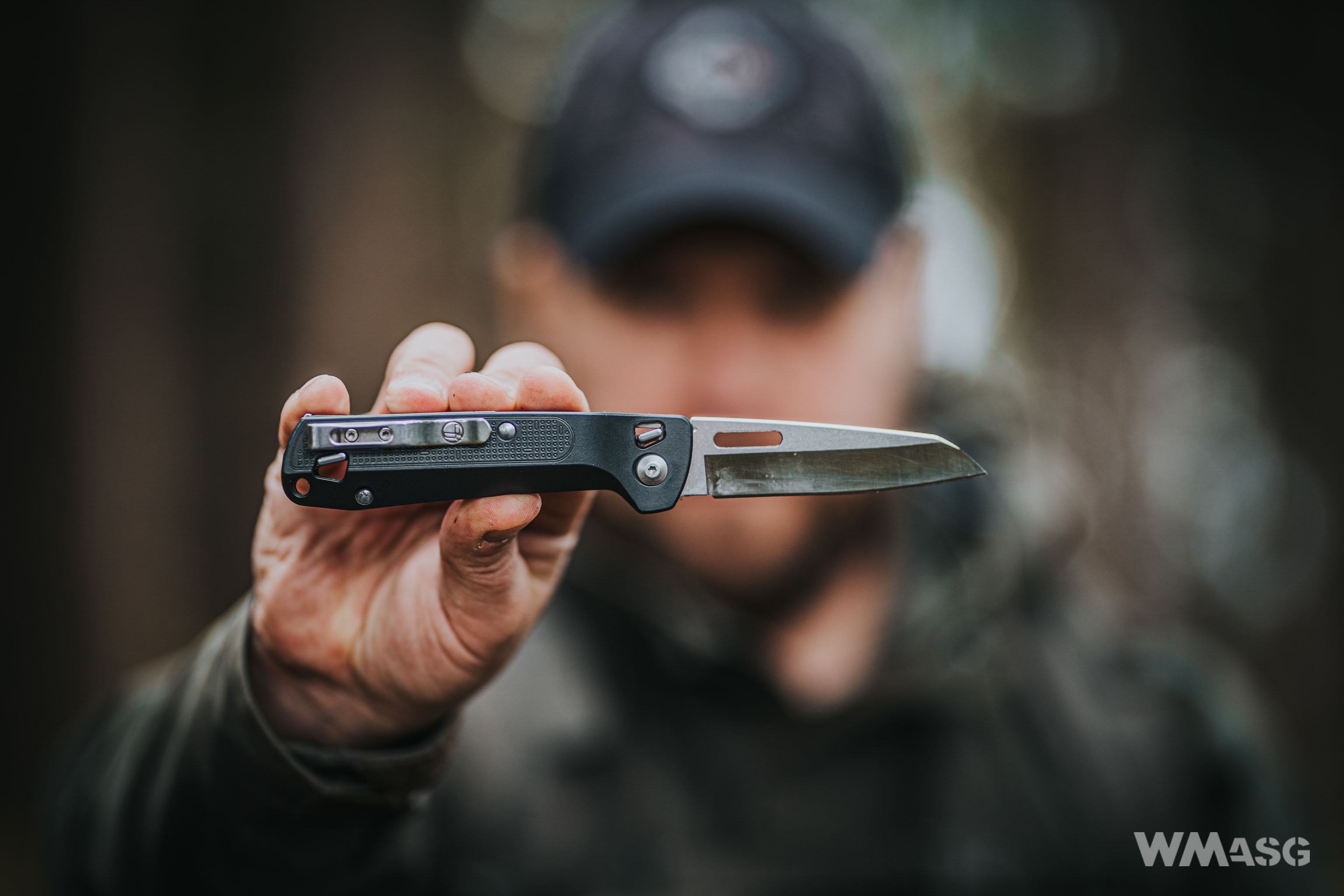 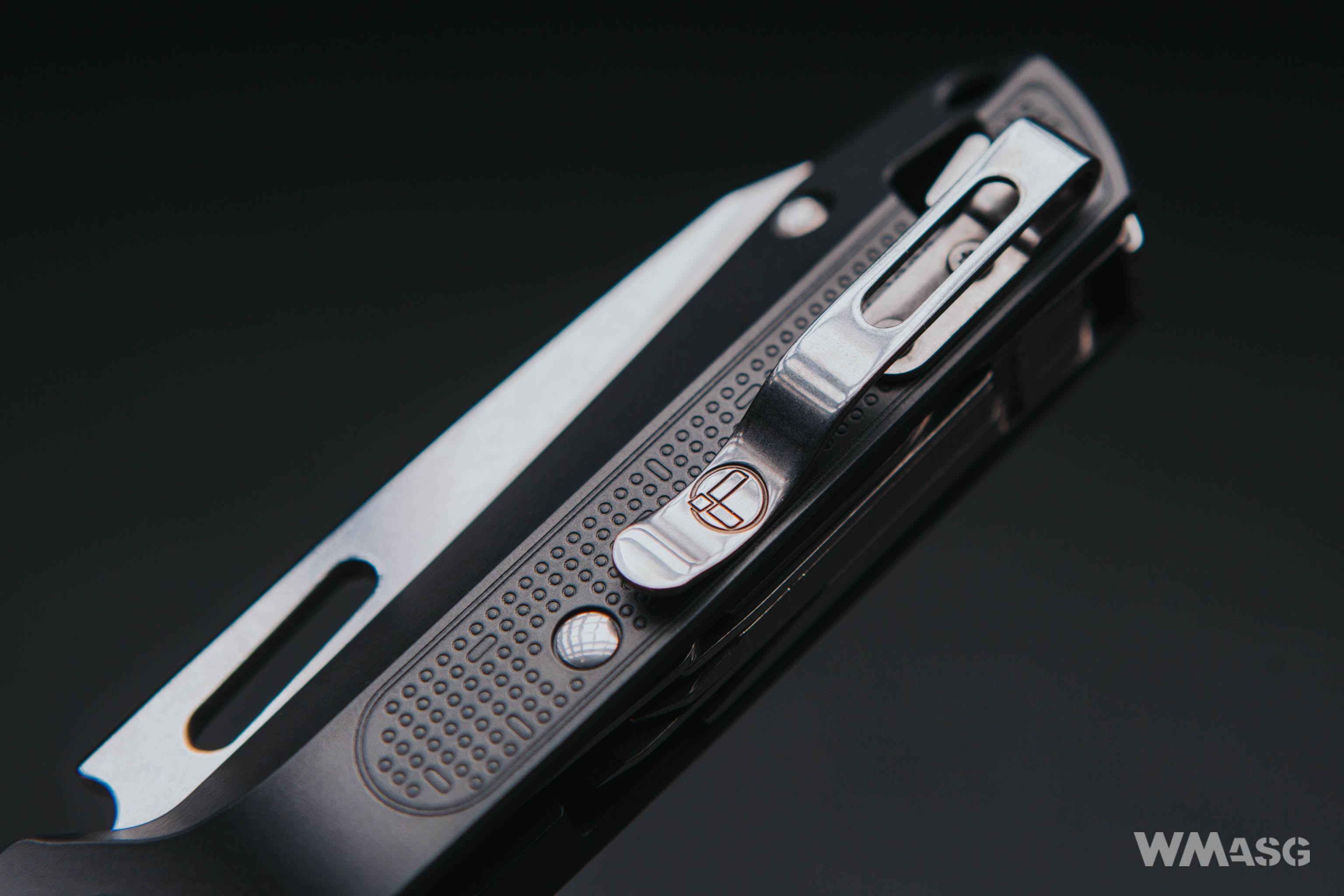 In the FREE K line, a 8 cm long sheepsfoot blade made of 420HC stainless steel was chosen. This is a quite often used blade profile in folders to improve the cutting properties of the knife, in theory and in practice. In fact, the K4 blade goes very smoothly into the material being cut. The steel used is of moderate hardness, making the blade easy to sharpen. It is a good and popular compromise of properties for the price. 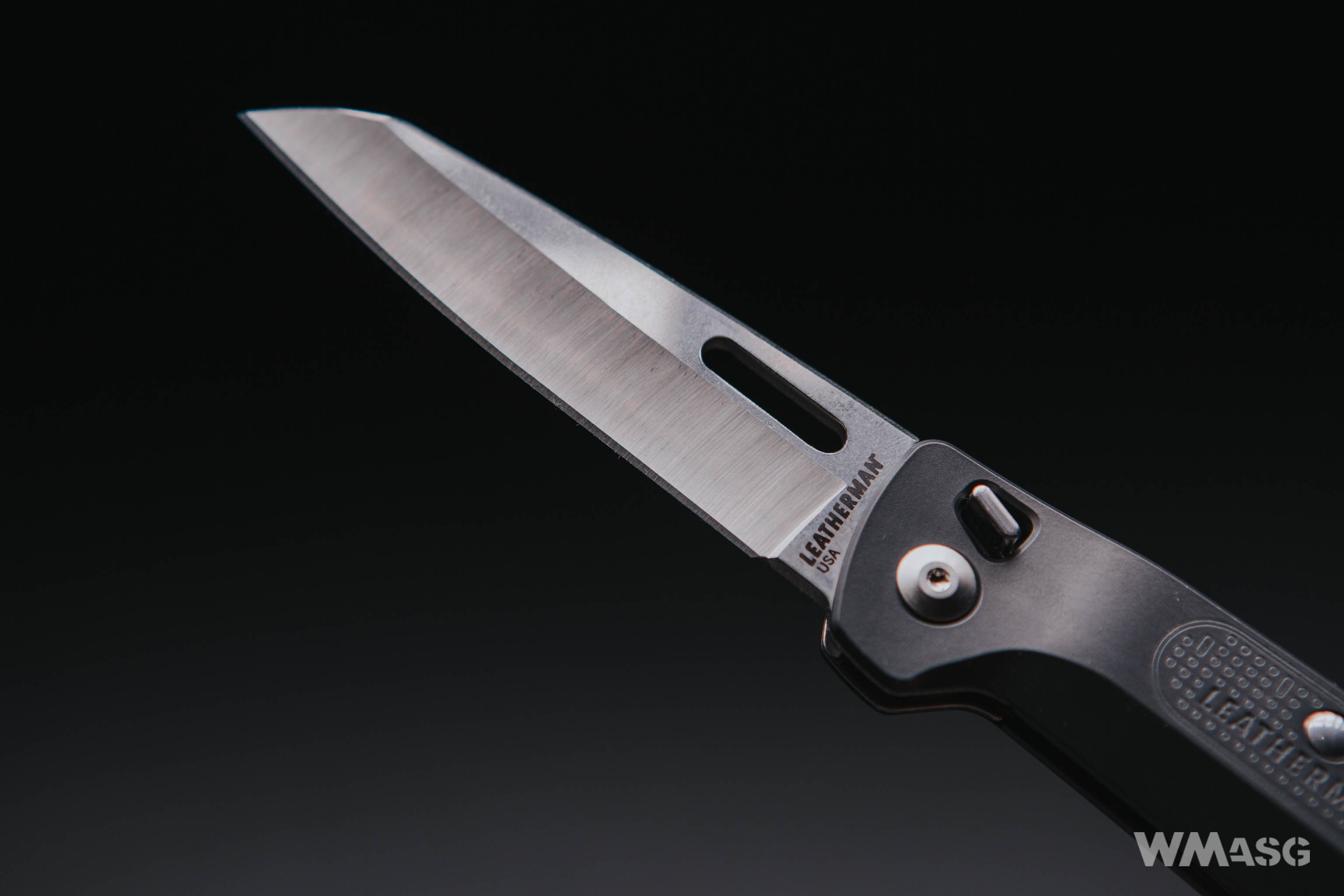 As befits a folder, drawing the blade is done smoother than in other models from the FREE line. The "handle" for easy opening with one hand is the port in the upper part of the blade. 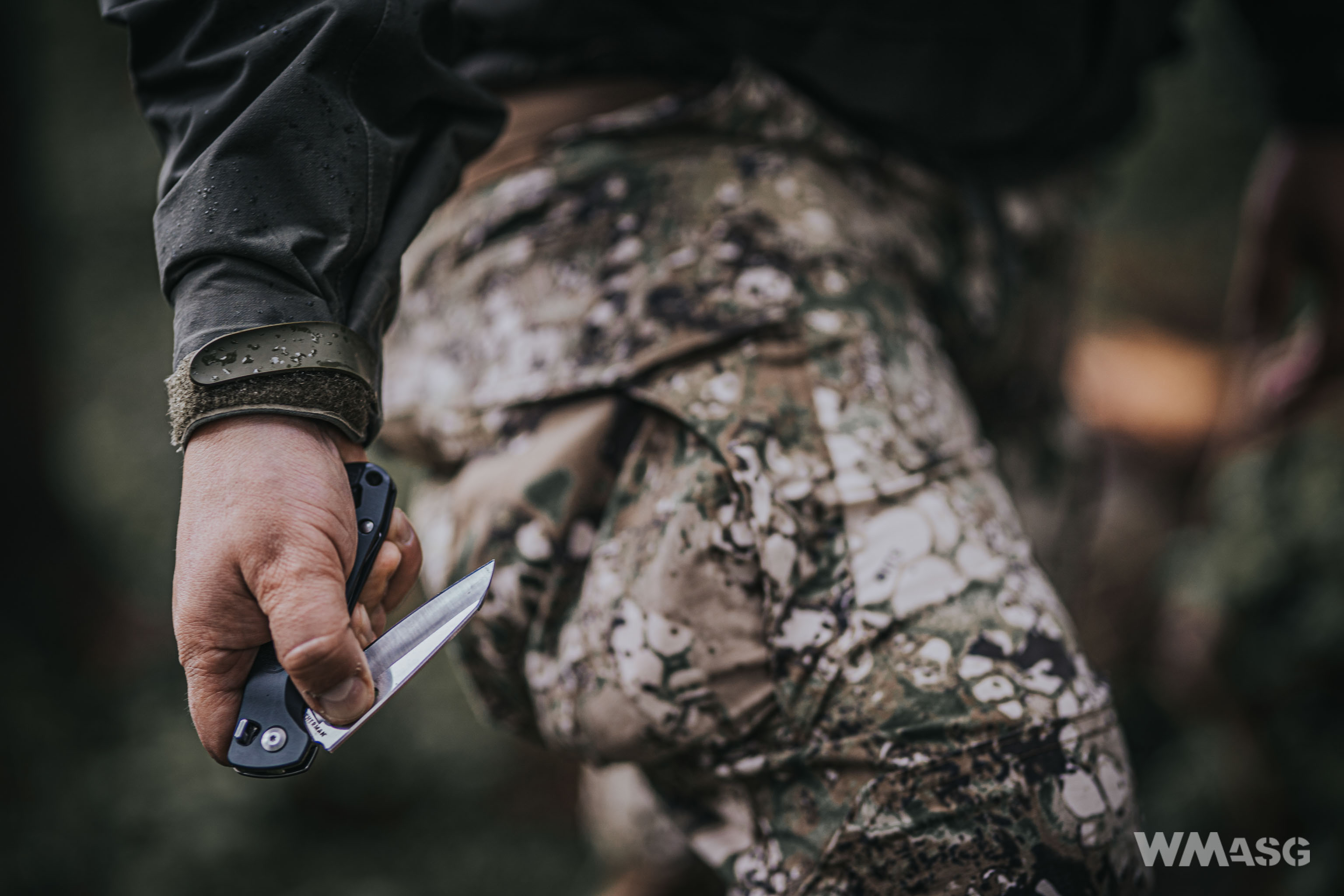 Additional tools are a non-folder bonus. They are carefully hidden in the folder and can be drawn as easily as the blade. This si all thanks to the magnetic lock system known from other FREE models, that locks the tools in a hidden position. To draw them, you only need to overcome the strength of a magnet with your finger, pressing the rear edge of the tool, where the hooked element is located, which is also a locking element when the tool is unfolded. Once again, it is worth emphasizing that in the entire FREE series you can forget about putting your nails to the test of strength. It is an extremely practical solution that allows one to operate the tool solely with just one hand, even when wearing a glove, which I have often seen at the shooting range. 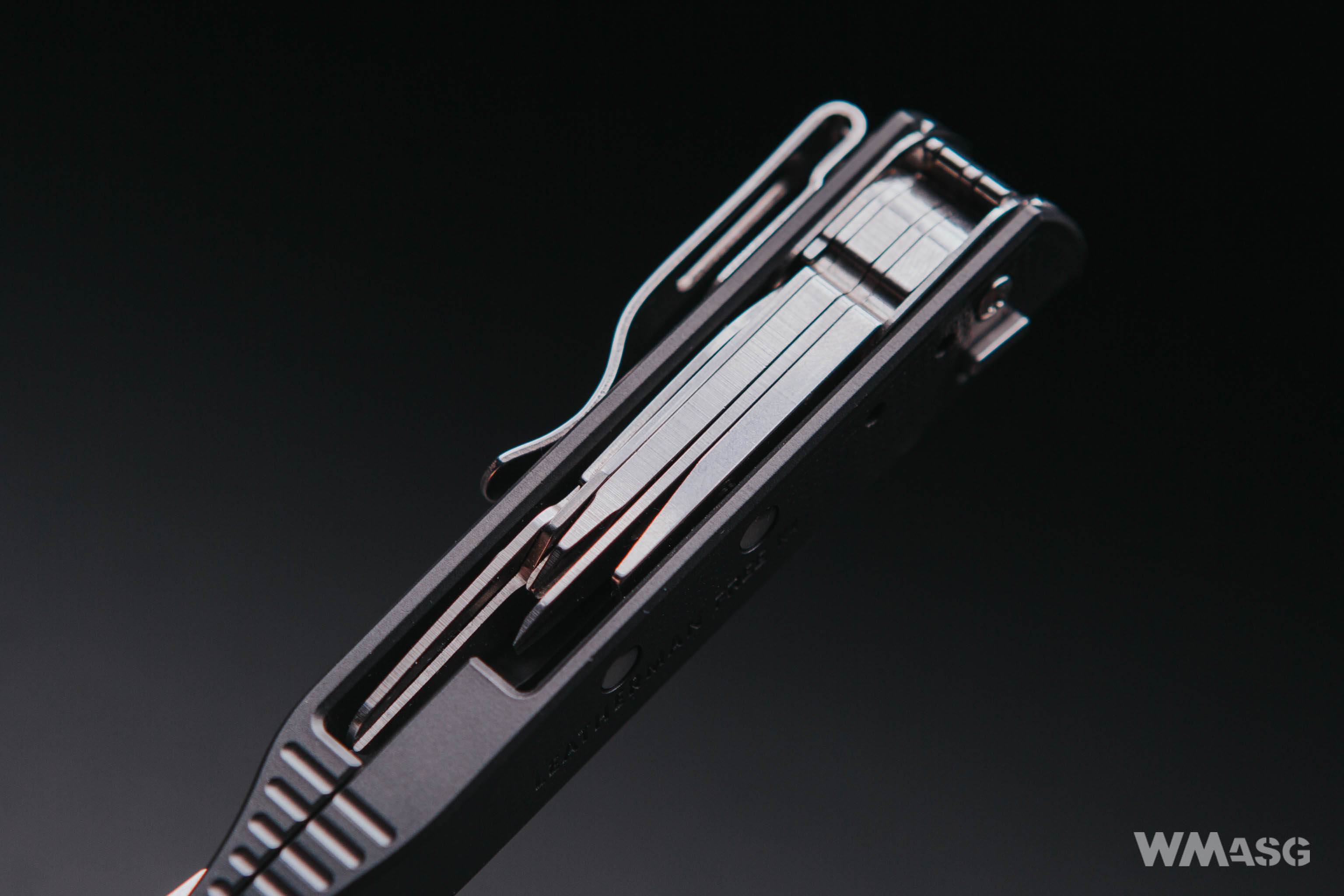 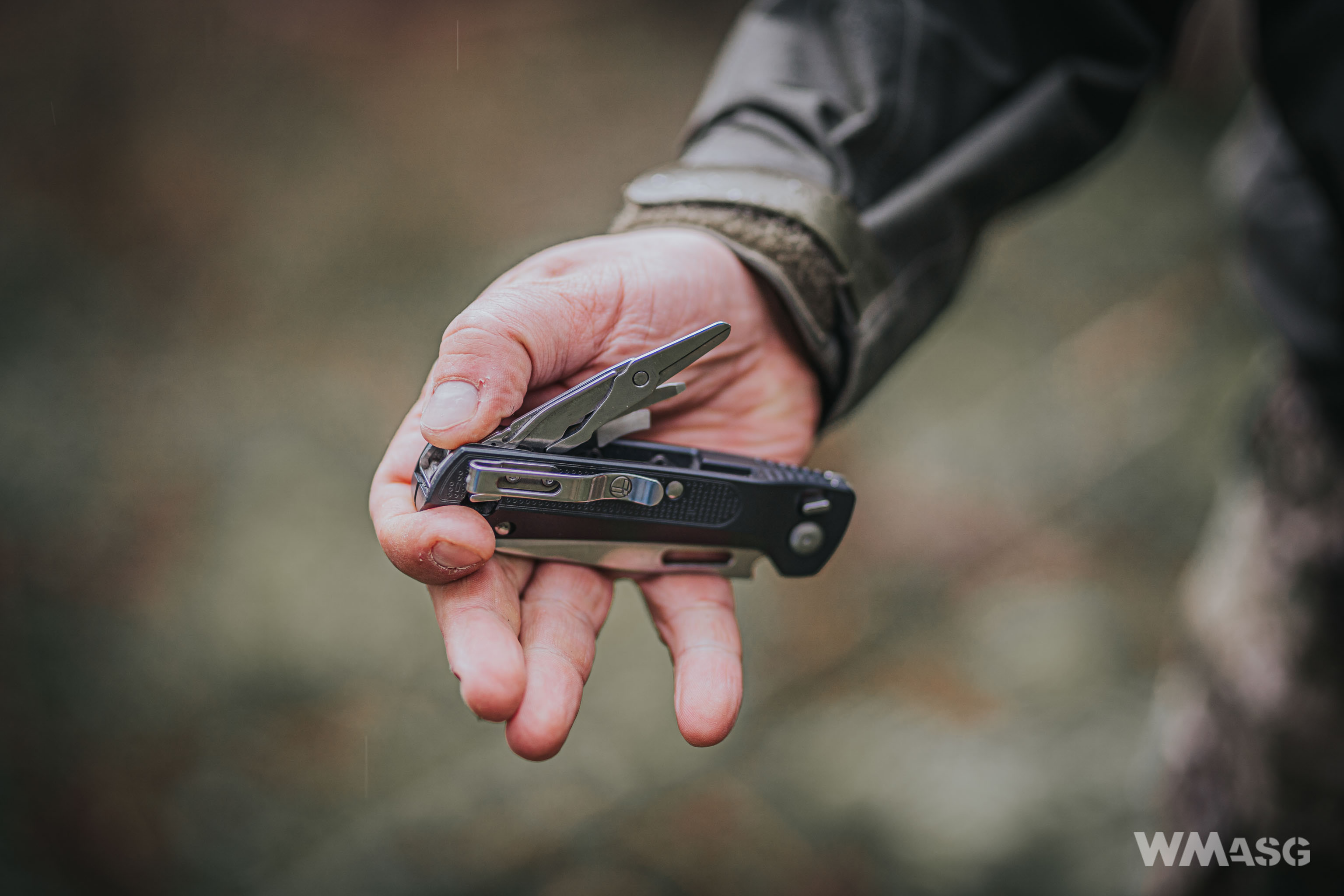 So far, the FREE series has the same tools with the only difference being the configuration they are installed in, depending on the model. In the reviewed K4 model we get a total of 8 additional functions known from other models:

- a practical pair of scissors (not present in the K2),

- a philips screwdriver with bottle opener,

- a small flat screwdriver with awl,

- a large flat screwdriver with a blade for opening packages and, at the same time, a "crowbar" for prying open a lid of a can of paint, for example. 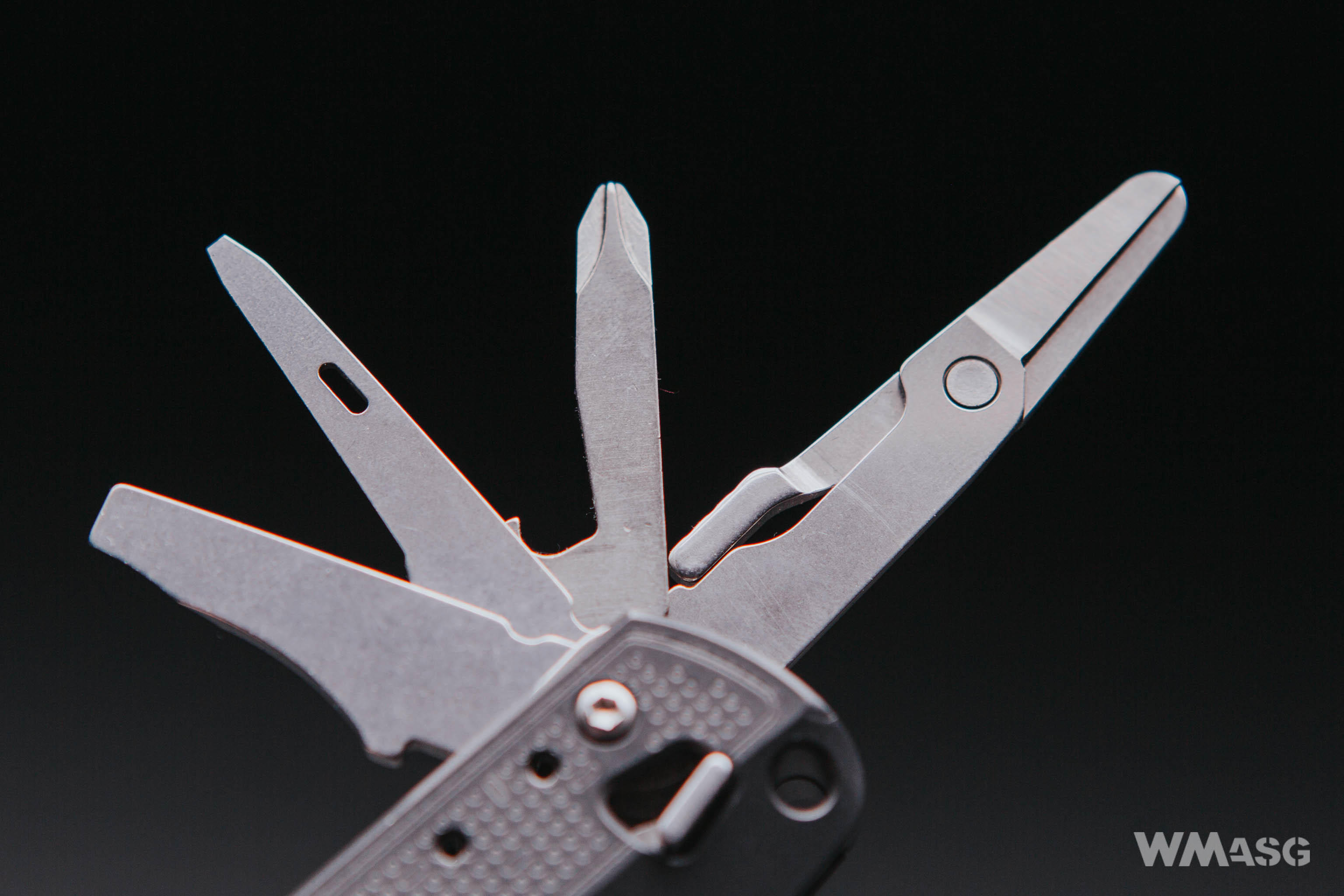 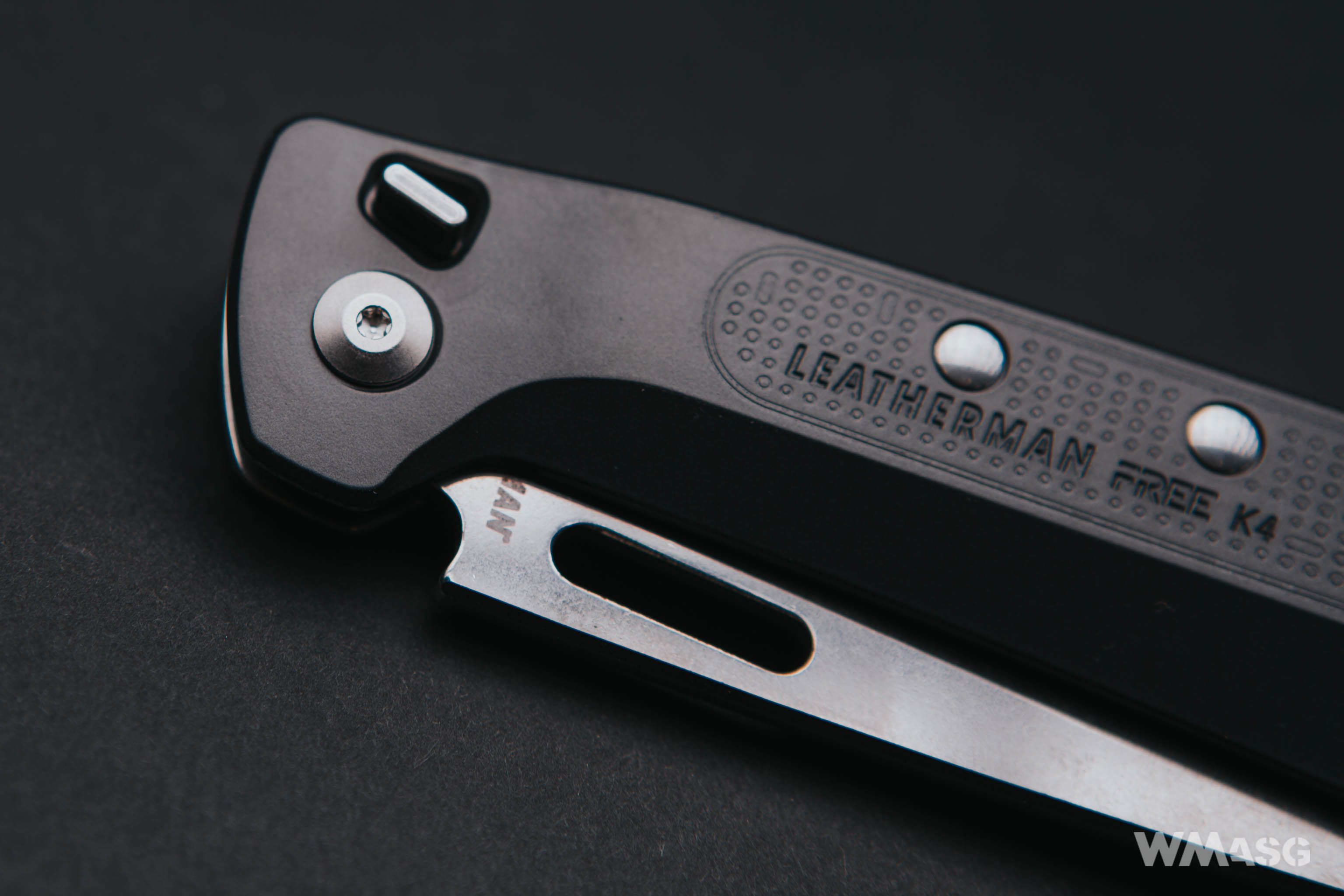 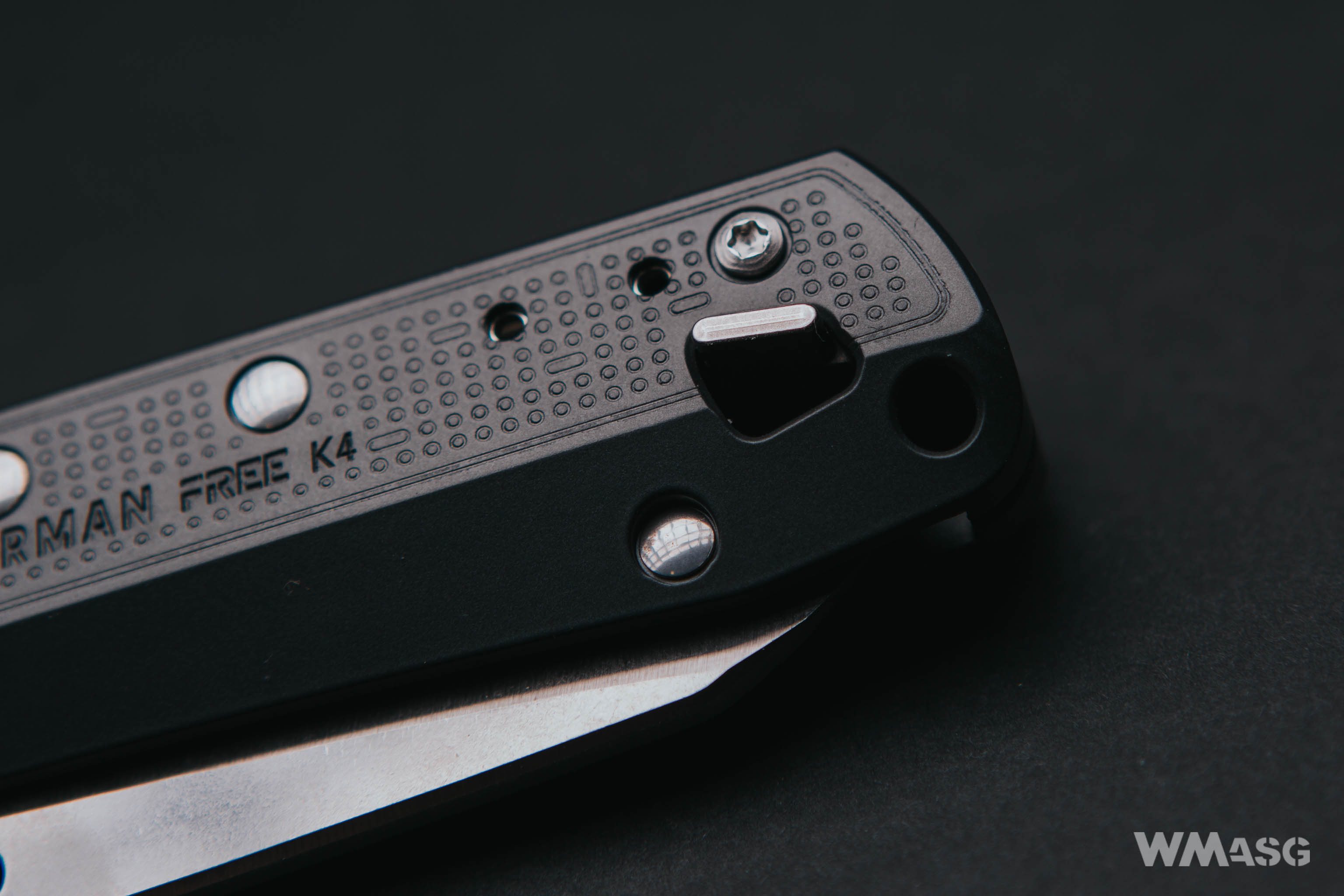 There was a time I couldn't do without a folder in my pocket. However, while describing the FREE P4, instead of a folder I started to carry a multitool in its place on a daily basis (on the clip), I quickly stopped imagining that someday I would appreciate anything else. Therefore, in order to fully check and "make friends" with the K4, I decided that I should once more make a change to the other side again. And this way the K4 landed in my pocket, but the P4 was still nearby, just in case. Better to wear one with you than ask someone to borrow one. In addition, gadgets can be a curse. 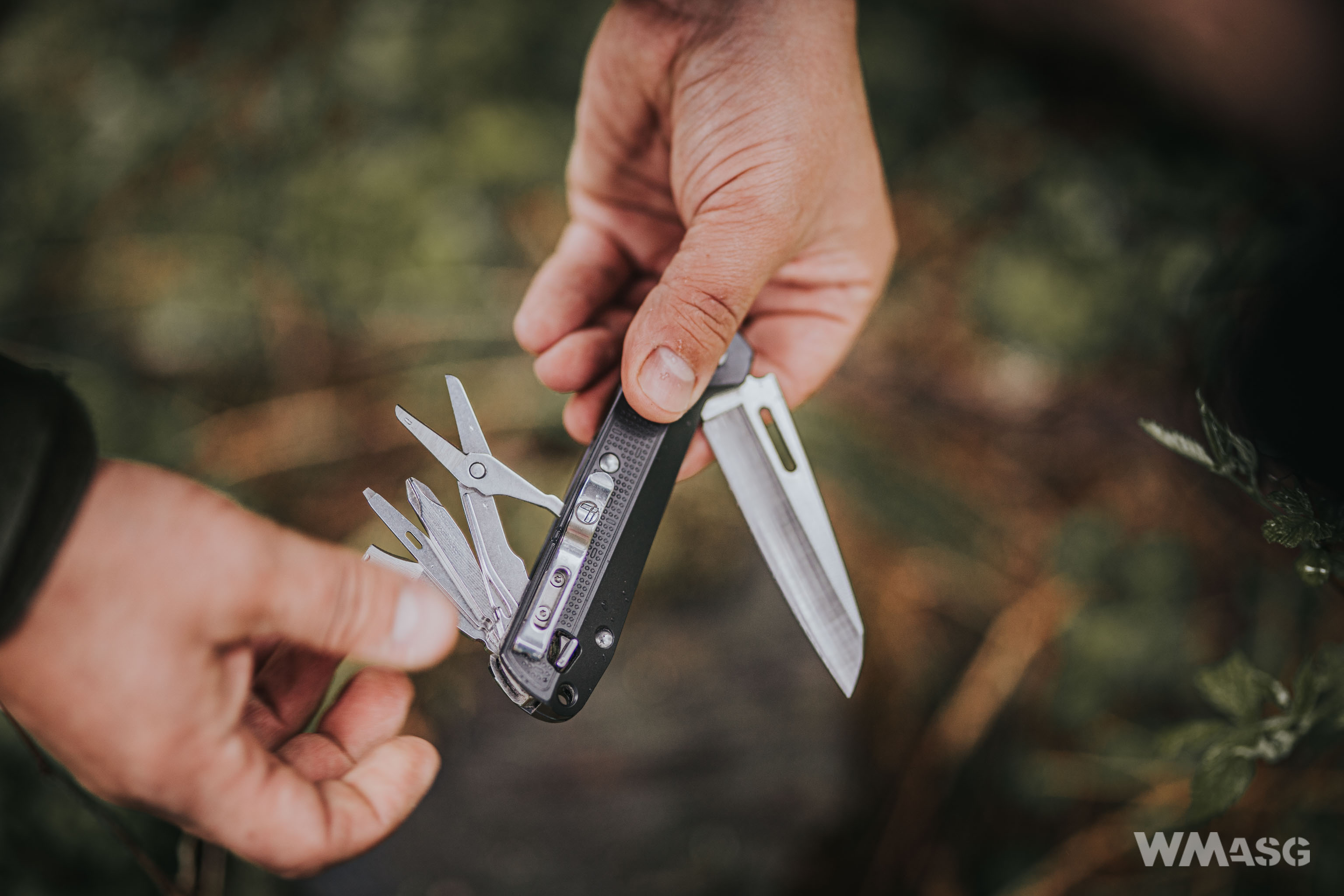 After getting used to the fact that I don't have my favorite multitool at hand anymore, it was time for new insights. The advantage of the FREE K4 over the P4 in your pocket is indisputably its shape. It is longer, but also slimmer than its multitool brother and one can wear it more comfortably. It is also lighter (the K4's weight is 155.9 g). As it turned out, with the entire palette of tools offered by a multitool, those present in the K4 folder fully meet the average requirements of EDC, additionally offering something more that I reach for the most often, i.e. an efficient cutting blade (and not because I live in Krakow). In everyday situations, when one usually want to cut something, tighten a screw, open a can (without breaking the blade) or the package (without cutting its contents), scissors are also very useful, and at the end of the day a bottle opener also comes in handy. And basically that's all. The FREE K4 will solve all this problems for us. For most of us other activities that do not require a tool right at hand. If you need to do more advanced work, then of course a full-fledged multitool is still available, but it does not need to be hand. One can keep its in a wait pouch, where my P4 is currently stored. 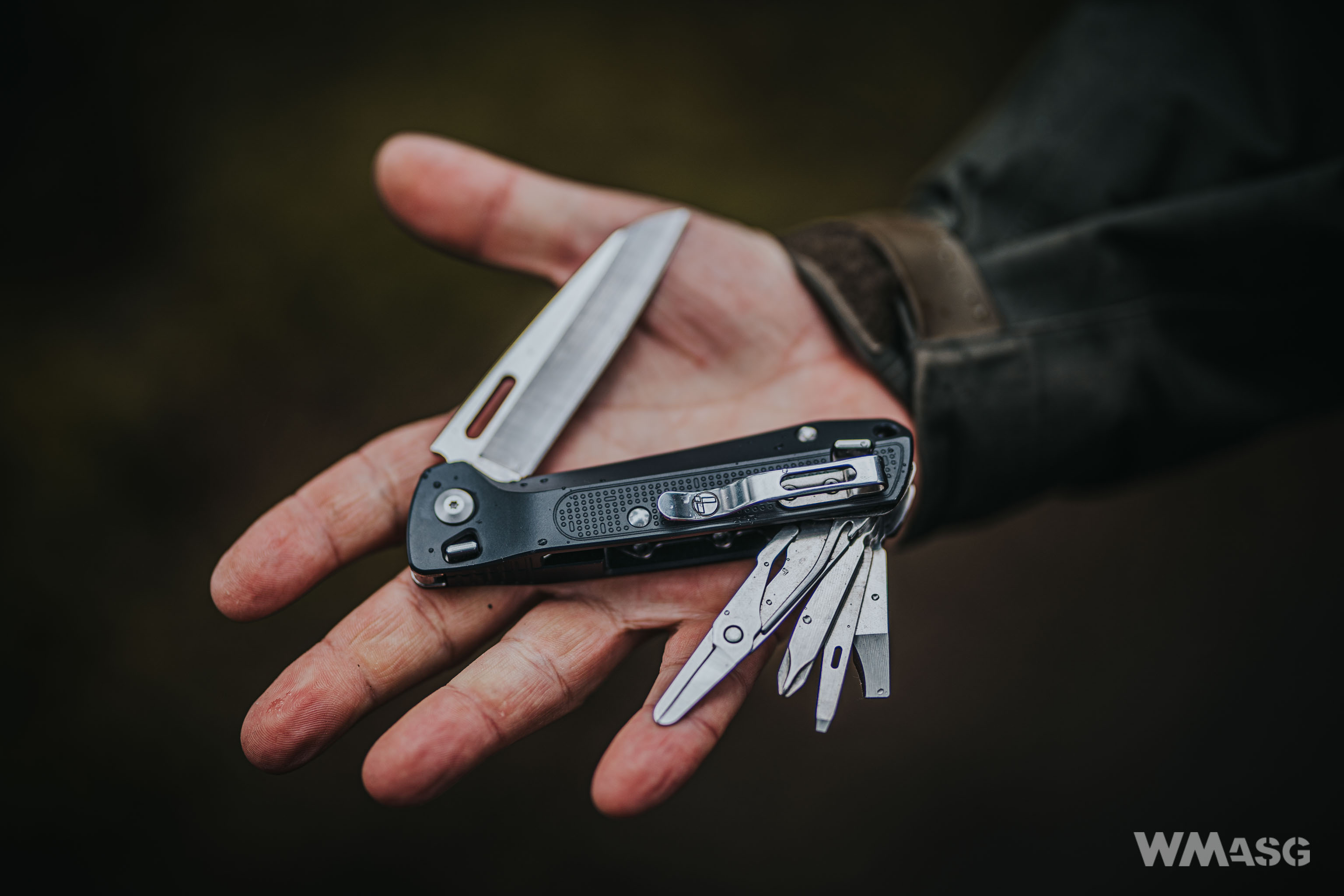 There is obviously no perfect solution. And even if one thinks so, there will be someone else who has a different opinion, as there is such a vast selection of products available on the market. In my opinion, if you do not always need to have "pliers" with you, the K4 will fulfill its function in an average EDC tasks very well. At a more affordable price we get not only a folder, but also a set of basic and most used tools in the amazing FREE system, with the Leatherman-specific finish and 25-year warranty. 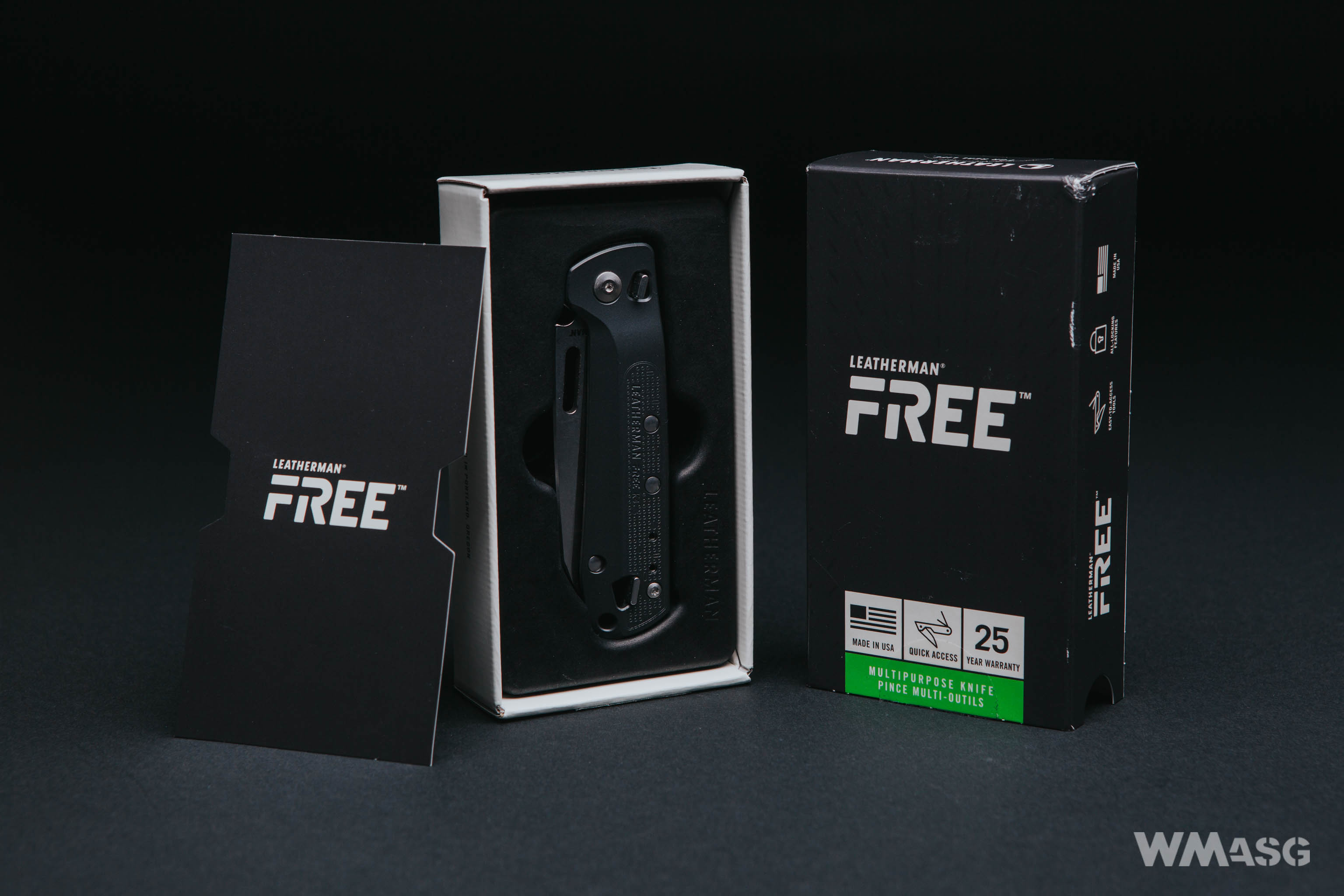 Leatherman FREE could be reviewed thanks to the courtesy of Militaria.pl

23.08.2016
TREAD is the youngest brother in the family of legendary Leatherman multi-tools. Since the very beginning it raises a lot of...
Equipment
 3

25.04.2019 Medard Starzycki
Leatherman has just introduced a new model to the market and with it, started a new line called FREE. For a dozen or so years...
Equipment
 0

07.01.2020 Joachim Raźny
Leatherman has decided that it was time to get a piece of the pocket knife market pie, thus far dominated by Swiss manufactur...
 Registration Login
Reklama